The Everton midfielder found himself in space bearing down on goal with the score at 1-1 late on but instead of taking a shot he opted to pass to Yerry Mina, who was ahead of the ball and the goal was correctly ruled out for offside. 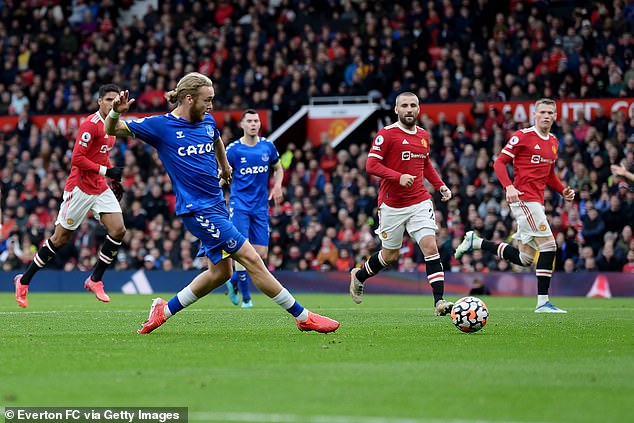 Sinclair told talkSPORT: ‘When the opportunity puts itself in front of you, it is time for you to be the star.

‘Don’t pass that opportunity up and take it. Listen, Tom Davies will look back and he won’t sleep for that.

‘Because he will think he should have taken that.

‘Imagine if he had just given the eyes, looked like he was going across the goal, goes near post. 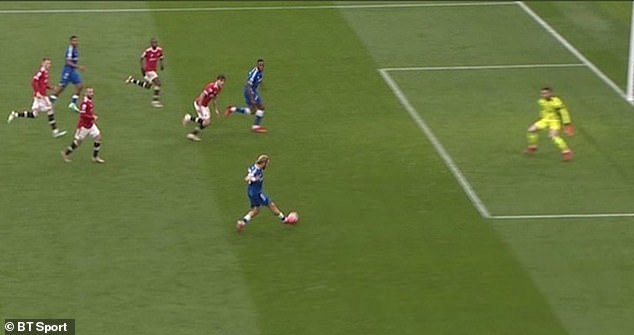 ‘You’re about 30 yards from the away fans to go and celebrate.’

However, Everton boss Rafa Benitez defended Davies after the draw at Old Trafford.

He told beIN SPORTS: ‘In terms of the chance for Davies, I think he saw the position of Yerry and thought it was much better than his position. That’s it.

‘You can’t blame a player for making this kind of decision. If he doesn’t have anyone and he’s looking for someone then ok you can say he doesn’t want to score, or he was a little scared. 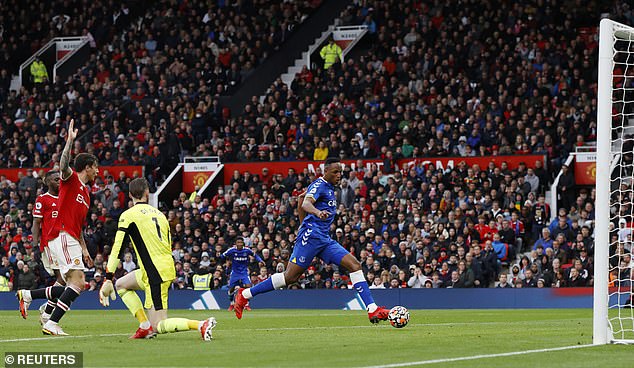 ‘But that’s not the case, you can’t blame him. He was in the right place at the right time, he felt that Yerry was in a better position.

‘That’s it. He was unlucky it was just some centimetres offside.’

‘Really pleased with the effort and commitment, to come here and perform the way we performed, we were nearly there very close, really proud of the players and everybody.’ 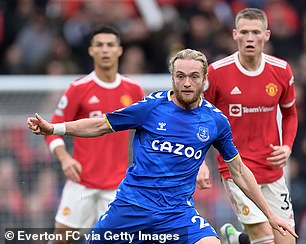 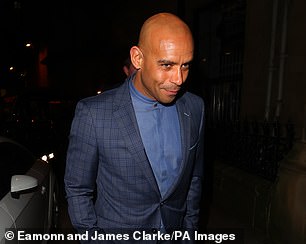