Tottenham: Mourinho opens up on relationship with Levy

Tottenham ace Dele Alli has ‘put himself in the shop window’ with his star showing against Wolfsberger in the Europa League, according to Rio Ferdinand. The out-of-favour midfielder fired a message to boss Jose Mourinho as he scored a stunning opener before creating two more goals in Spurs’ 4-0 win on Wednesday.

Alli made the most of a rare start under Mourinho in a match-winning performance as Tottenham completed an 8-1 aggregate victory over the Austrian underdogs.

First he fired in a superb overhead kick just 10 minutes into the match, before creating second-half goals for Carlos Vinicius and Gareth Bale as Spurs powered into the last 16.

Alli has found himself on the fringes of the Tottenham team this season, having made just one Premier League start and six appearances in the top flight in total.

The 24-year-old was linked with a move to Paris-Saint Germain in the January transfer window, with former Spurs boss Mauricio Pochettino now in the Parc des Princes hotseat.

No move materialised, but Alli’s current manager Mourinho has now been warned that the England international will be on the radar of top clubs following his star performance. 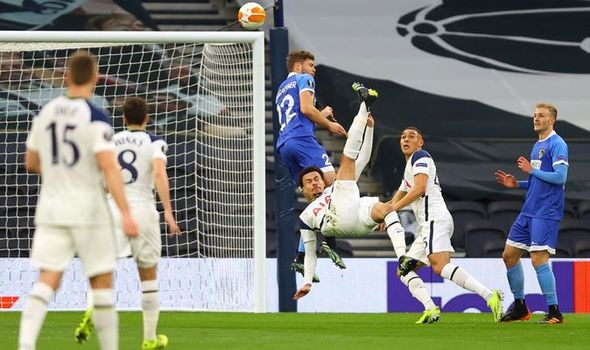 Ferdinand, who was on punditry duties for BT Sport, said of Alli after the game: “He’s been waiting for that and Dele has put himself in the shop window.”

Former Tottenham striker Peter Crouch was at the ground for the game, and told BT Sport that Alli “had a bit of a swagger back” – even if his performance was against limited opponents.

“What I saw from Dele today was magnificent,” Crouch said on BT Sport. “You can only beat what’s in front of you and I thought he was first-class and had a bit of a swagger back.

“He set-up two goals and scored an absolute worldie – you can’t ask for more really. 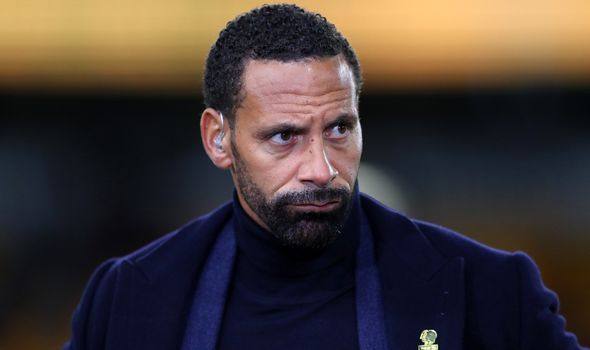 “I don’t know what’s going on this season but for him to have been left out of nine squads, not even making the bench.

‘We know he’s got ability and tonight he’s proved that. These (Wolfsberger) aren’t great but he was magnificent. He was involved in everything good Spurs did.”

After being set up by Alli for his first goal, Vinicius netted a second late in the game to complete the scoring following good work from 16-year-old Dane Scarlett.

Tottenham host Burnley on Sunday as Mourinho’s side look to climb from ninth place in the Premier League.