‘Now I’m back and he scores TWICE!’: Diego Costa jokingly calls team-mate Luis Suarez a ‘b******’ as Uruguayan ends run without a goal with brace in Atletico Madrid’s 3-1 win over Elche

Atletico Madrid striker Diego Costa has playfully described Luis Suarez as a ‘b******’ after his teammate broke his goalless run on the same day as his fellow forward returned from injury.

Uruguay striker Suarez had gone six weeks without scoring before Atletico’s 3-1 win at home to Elche on Saturday, when he netted either side of half-time to put the league leaders on their way to a comfortable win.

Costa, who had missed all but one of Atletico’s previous 13 games through injury, came off the bench to add a late penalty. 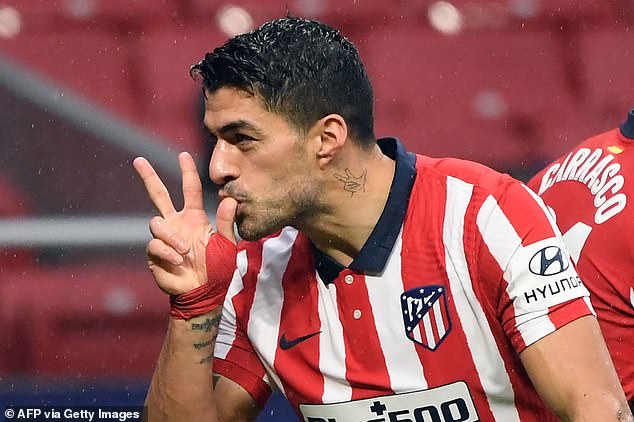 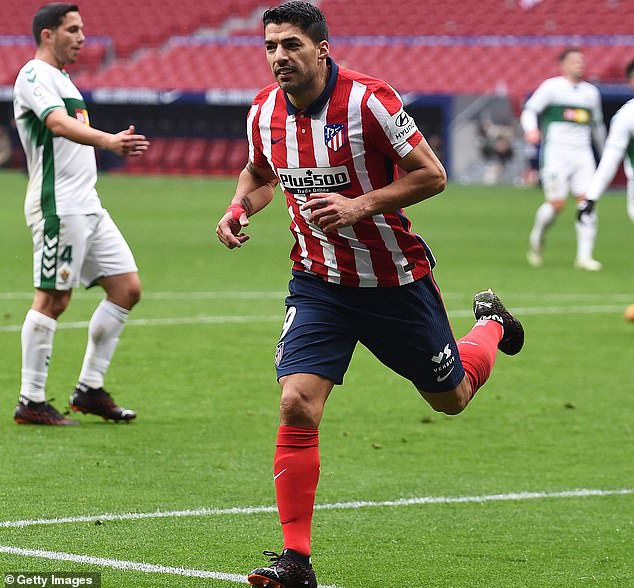 Speaking after the win in comments interpreted by the Spanish Football Podcast, Costa chided: ‘He wasn’t scoring, the b******. Now I’m back and he scores twice.’

Suarez had not scored since early November, firing blanks in three matches and missing four games in La Liga and the Champions League after testing positive for Covid-19.

The September signing from Barcelona drew level with the leaders at the top of the Liga scoring charts with his brace, slotting in twice for his seventh goals in nine appearances for his new club.

Costa scored for the first time since the opening day of the season after entering the action 17 minutes from time, sending Atletico three points clear at the summit with at least a game in hand on the four sides directly below them. 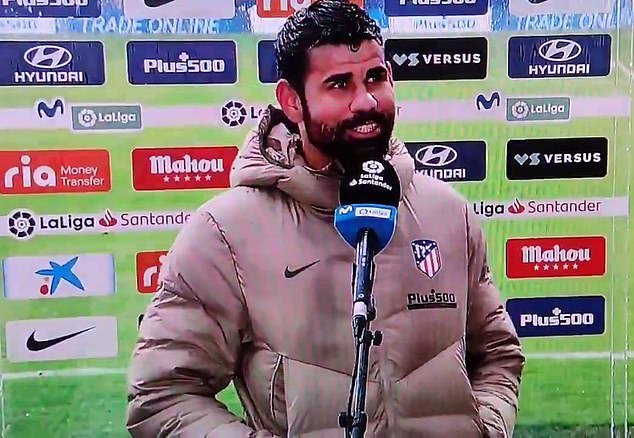 The former Chelsea star replaced club record signing Joao Felix, who had been troubled by a rib injury.

Costa said: ‘Hopefully [Suarez] continues like this. I am very happy for him – he is a scorer, and the more goals the better for the team.

‘We will continue scoring and competing but with respect for each other in the end. If we want to conquer something big this year, it has to be like the season we won La Liga [2014] – we had a great team.’

Suarez and Costa scored for the first time together in the same match, taking the ex-Liverpool hitman to 153 Liga goals on his 200th appearance in the competition. 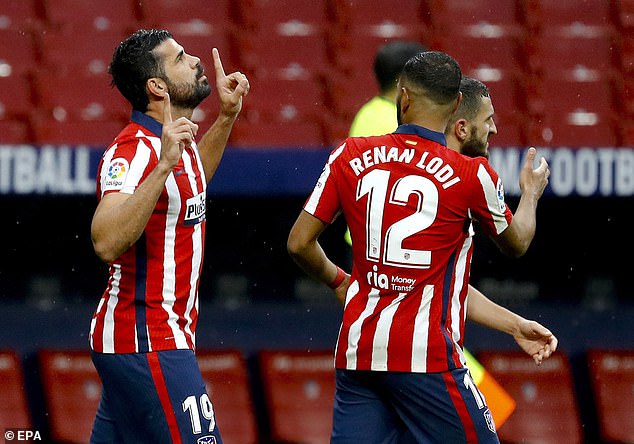