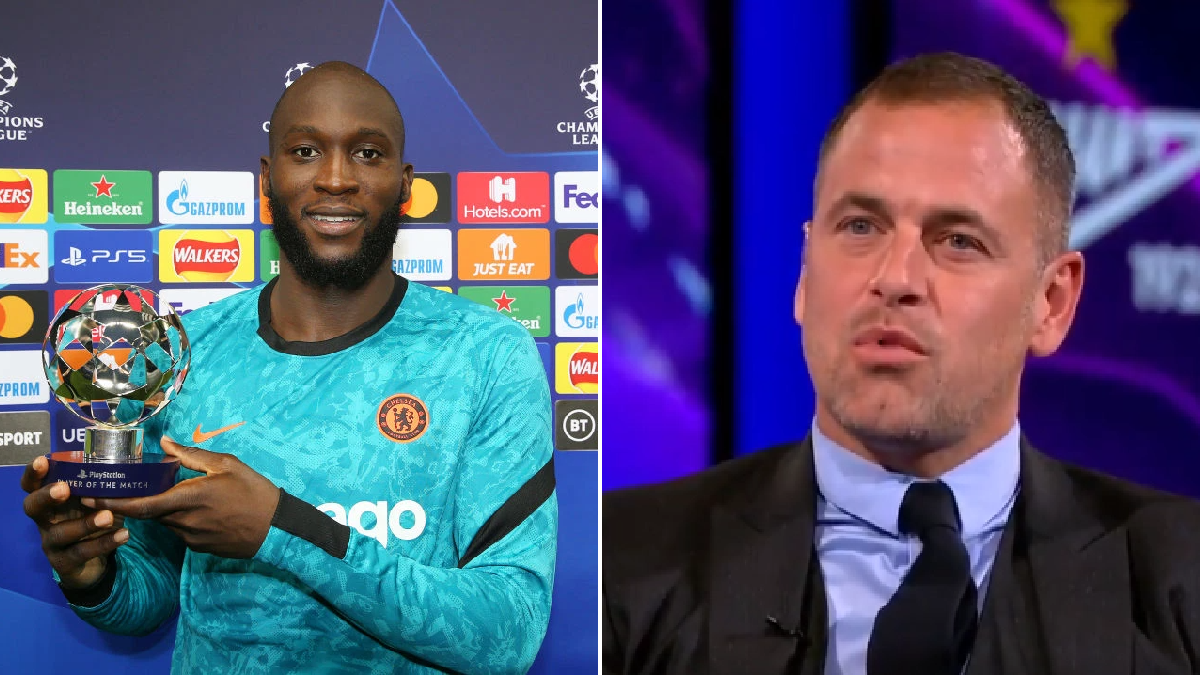 Joe Cole has backed Romelu Lukaku to be the top goalscorer in the Champions League this season after he opened his account during Chelsea’s narrow victory over Zenit St Petersburg.

Thomas Tuchel’s side began their Champions League defence with a 1-0 win over Russian outfit Zenit at Stamford Bridge on Tuesday night.

The Blues were far from at their best but £97.5m summer signing Lukaku secured the win when he headed home Cesar Azpilicueta’s inviting cross on 69 minutes.

Cole has been impressed by Lukaku’s impact at Stamford Bridge and backed the Belgium striker to lead the Champions League goalscoring charts this season after Chelsea made a winning start to their group campaign.

‘The comparisons with Didier Drogba are inevitable because of the positions they play,’ Cole told BT Sport. ‘But what I’ve seeing with him now is that leadership role that Drogba had as well.

‘You can see how the other players respond to him and his presence on the pitch. I think he’s looked at Didier and seen what a great player and a great leader he was.

‘I’m really happy with the win,’ he said. ‘Today was a better performance than the weekend. We have to keep growing.

‘Me and Cesar [Azpilicueta] agree on certain type of movements on the pitch. I had to get my timing right but it was a beautiful ball by him. We knew it would be tough game but we controlled it really well.’

Asked about Chelsea’s chances of winning back-to-back Champions Leagues, Lukaku added: ‘One game at a time. Today is the first game. Now we have a difficult game at the weekend against Tottenham.’