Burnley boss Sean Dyche has revealed that he spoke to ’14 or 15′ of his squad on a Zoom call to discuss wage cuts and the outcome of the Premier League season amid the ongoing coronavirus pandemic.

Dyche joined Gary Neville and Jamie Carragher on Sky Sports’ ‘The Football Show’ from the comfort of his living room, to discuss all things Burnley amid the current top-flight shutdown.

And the Clarets boss explained that he gave his players the option of joining a Zoom chat with the management to discuss a range of subjects relating to the season. 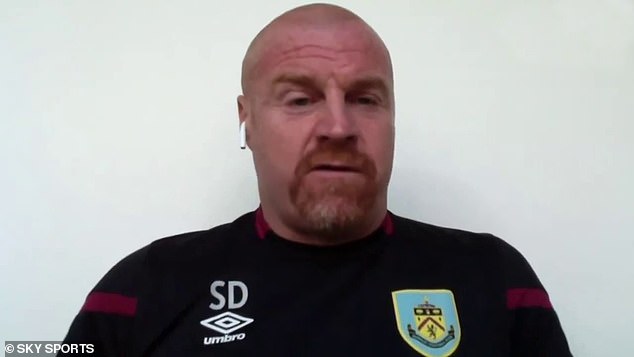 ‘Players have a lot of advisors now, but my players seemed to be quite balanced about it, what will be will be, “we’ll be ready”.

‘At the moment there’s no outcome to their training, they’re just training. We’ve said mentally, make sure you’re locked in, make sure you’re thinking that the season will go ahead. There’s a likelihood that we’ll have a short pre-season, and we want to be mentally ready, it is still a real season. Even if it’s considerably different, it’s still an active season and it matters.’

Gary Neville then joked that the Burnley boss should have jotted down the six or seven players who opted against a chat with the manager, but a laughing Dyche reacted by saying: ‘Who’d have considered doing that? No. I wouldn’t consider doing stuff like that.’

Dyche was also happy to explain Burnley’s financial position amid much uncertainty going forward, and he provided a positive update for fans of the club. 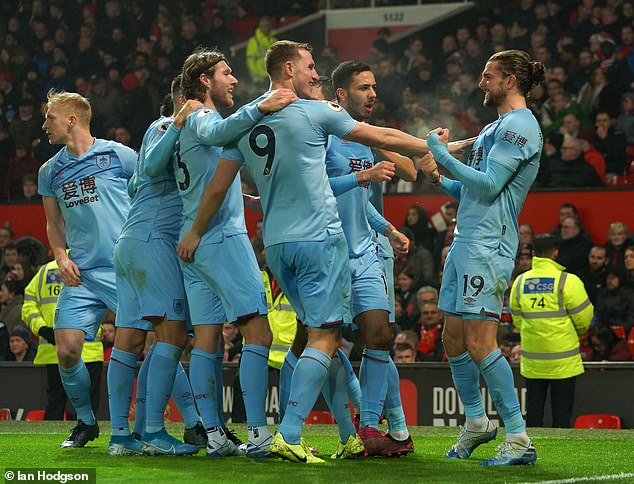 ‘We are in different shape ourselves compared to a lot of others as the club has been run balanced for a number of years,’ he said. ‘We’re in a strong position financially and we don’t have to do anything at this moment in time.

‘When you look at the facts and figures of the club, we’re in a very strong position and the chairman wanted to make sure we didn’t furlough.’

The panel also broached the subject of the Premier League season, asking Dyche whether he would want it to be finished, or declared null and void.

Like many of his colleagues in the top flight, he admitted the ideal scenario is to get back on the pitch and finish the current campaign when it is safe to do so. 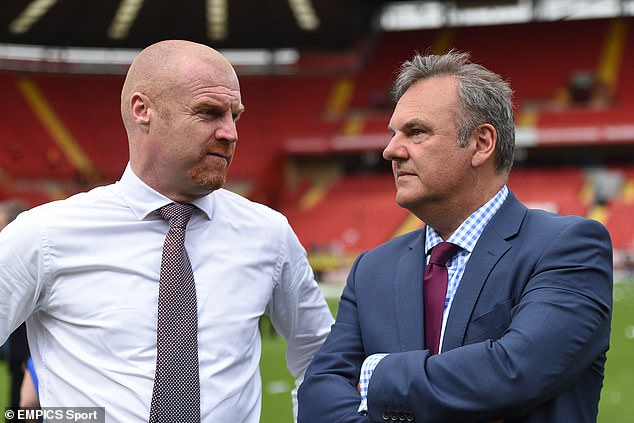 ‘I think we’d like the season to be finished,’ he began. ‘The virus has had a massive effect, we all know that, but if football can play its part in giving something back, we should try and look for that first.

‘Even behind closed doors it can be beamed out, and that can be a good thing. We’d like to finish the season ideally, and then it gives yourselves a chance to remodel for next season knowing that the previous season had finished.

‘Ideally we want to get it done, but health has to come first, we all know that.’