Coventry have been placed under a transfer embargo by the English Football League after failing to file their annual accounts.

The Sky Bet Championship club insist the embargo is ‘purely an administrative embargo imposed by the EFL’ and will have no effect on ‘planned activity’ in the summer transfer window.

A club statement read: ‘Coventry City can confirm that it has been placed under a transfer embargo by the EFL. 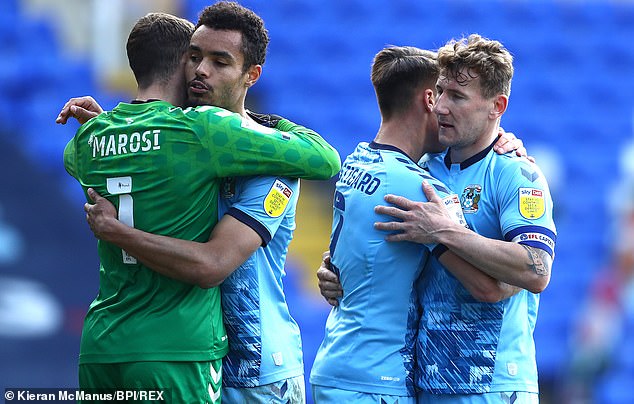 ‘The Government, due to the coronavirus crisis, allowed companies to extend the deadline to file company accounts by three months and Coventry City chose to take up this option.

‘Unfortunately the EFL has decided not to replicate this extension within their own rules, which surprises us as they have amended a number of other rules due to the coronavirus pandemic.

Coventry said they will be submitting their accounts within three months of the end of February ‘as required by Companies House’ and that the transfer embargo will then be removed. 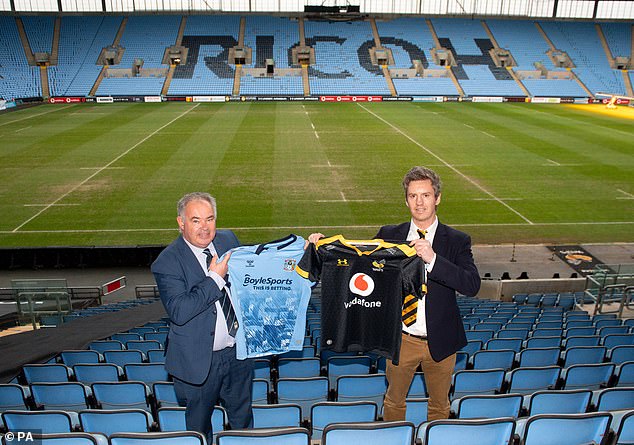 The statement added: ‘This is purely an administrative embargo imposed by the EFL. This has no effect on the day-to-day running of the club or its finances, and will have no effect on planned transfer activity in the upcoming transfer window.’

Coventry chief executive Dave Boddy said: ‘It’s disappointing that the EFL have chosen to do this.

‘The Government has allowed companies to extend the deadline to file accounts and we chose to do this, extending from the end of February to the end of May.

‘It’s ridiculous that the EFL’s regulations on this do not replicate this approach that the Government has taken, especially when they have amended other rules of theirs during the pandemic.’

As revealed this week by Sportsmail, Coventry make up a list of ten championship clubs set to be placed under transfer embargo, as the permeating effects of the pandemic are felt.