Socceroos star Jackson Irvine was very close to tears after Australia’s stunning World Cup run was ended on Sunday morning as they went down 2-1 to Argentina.

A couple of very costly errors from Aziz Behich and goalkeeper Mat Ryan were the crucial moments that put the Socceroos behind by two goals to the South American giants. 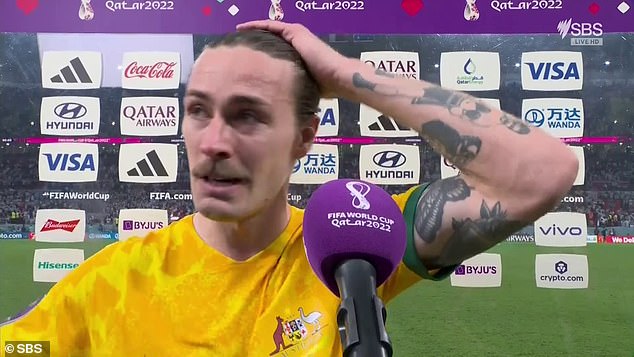 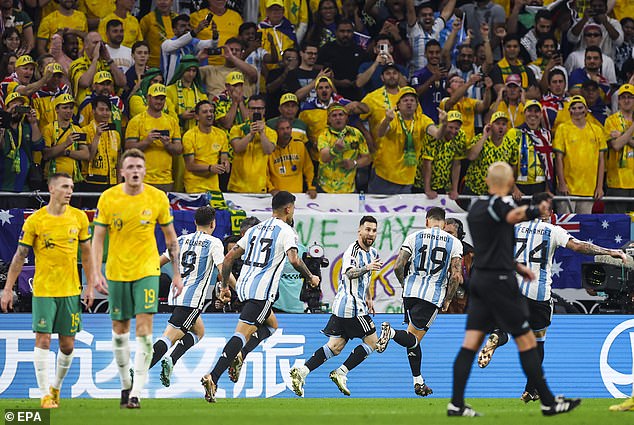 Graham Arnold’s men delivered an outstanding performance and were dangerous right until the final minutes in their first World Cup knockout match since 2006.

The result ends an amazing tournament for the Aussies and emotions were running high after the game.

Jackson Irvine struggled to keep his composure in a post-match interview with SBS.

‘Yeah, we gave it everything. Just like we have every minute of this competition. So proud of all the players and the staff. Yeah, just not enough on the day,’ Irvine said.

‘I think we did everything we could. We stood up to be compact and disciplined in our shape. We were excellent defensively we gave up very little until obviously the end. You have to have a go with the last 15 minutes. 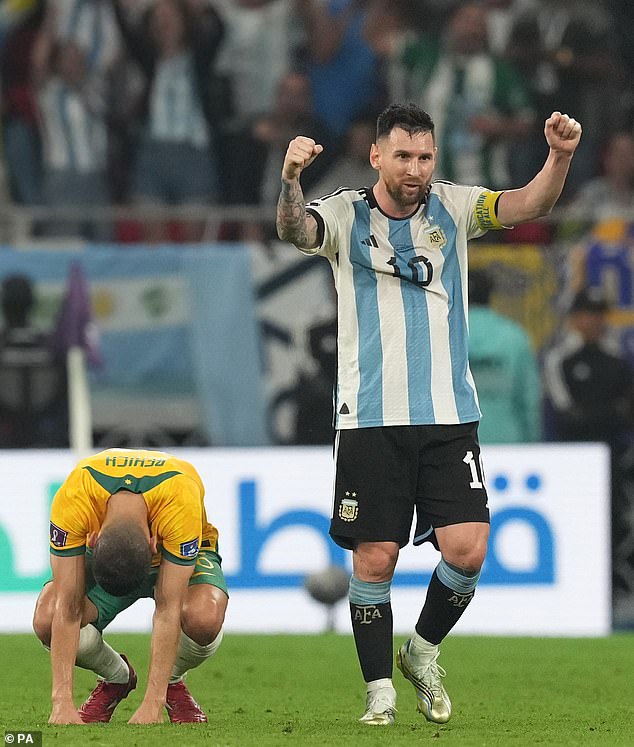 ‘I think we did everything we could to give ourselves a chance in the game. When Argentina are celebrating like this I think it shows what kind of opposition we gave them today.

When the midfielder was asked about the impact of the Socceroos putting Australian football back on the map, Irvine was overcome with emotion.

‘It’s difficult to comprehend everything at the moment. It’s all quite raw,’ Irvine said as he fought back tears.

‘But yeah, I hope we made everyone proud.’

Irvine then put his face in his hands and and walked away from the interview. 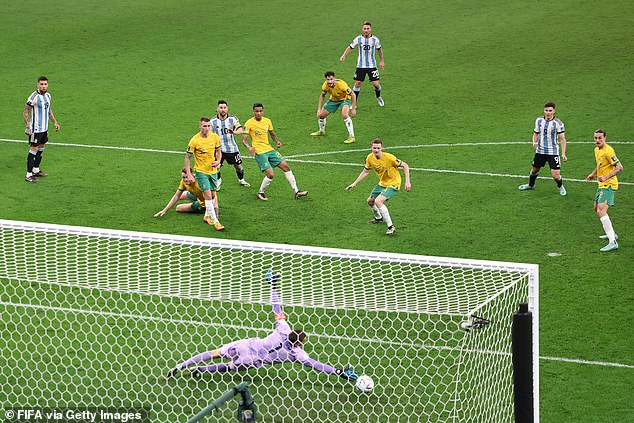 Socceroos fans jumped on social media to throw their support behind the heartbroken Aussie.

‘This man wore his heart on his sleeve all tournament long. Passion. Courage. Bravery,’ said one Twitter user.

‘Well done Jackson, you did us proud! Thanks for ruining my makeup during your interview!’ said another

‘Mate, we’re so f****** proud. You gave it everything. We couldn’t be more thankful. Herculean. Relentless effort, heart, passion, guts and determination. You showed the best of what we aspire to be,’ commented a third. 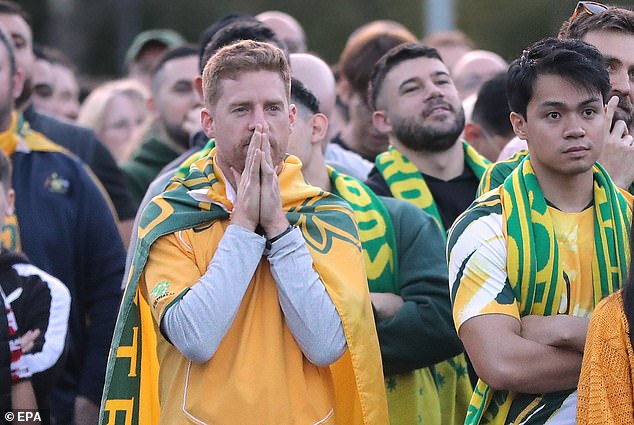 Argentina will now play the Netherlands in a quarter-final on Friday night.

The Dutch defeated the United States 3-1 in their knockout game earlier in the day.