England will have a “massive” advantage when they take on Croatia in their opening match in the European Championships on Sunday, according to Chris Kamara. Gareth Southgate’s side take on Croatia in the first Group D match at Wembley and Kamara believes home support could prove to be the decisive factor in the game.

The Three Lions have prepared for their Euro 2020 campaign with successive wins over Austria and Romania last week.

Buyako Saka scored as England edged past Austria 1-0 on Wednesday, but the game was most notable for an injury to Trent Alexander-Arnold.

They got past Romania by the same scoreline thanks to Marcus Rashford’s penalty at Middlesbrough’s Riverside Stadium, with Brighton defender Ben White then selected as Alexander-Arnold’s replacement in Southgate’s 26-man squad.

England will now train at St George’s Park this week before taking on familiar foes Croatia on Sunday before further group stages matches against Scotland and the Czech Republic. 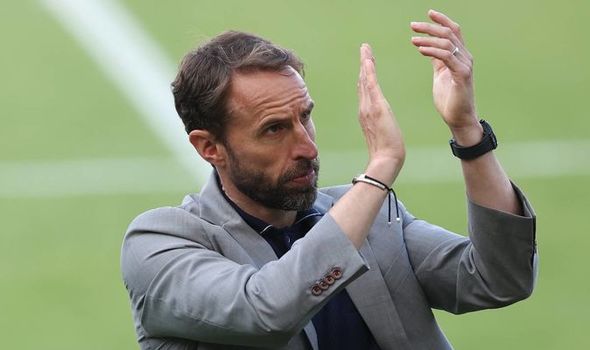 Southgate’s side were defeated 2-1 by Croatia in the 2018 World Cup semi-final, but beat them by the same scoreline to reach the Nations League finals when they last met at Wembley in November 2018.

After a year of playing in empty stadiums due to coronavirus, Kamara believes the 22,500 supporters inside Wembley this weekend – and in attendance for the Scotland and Czech Republic matches – will swing the group in England’s favour.

“[It’s a] massive factor,” he told Express Sport, speaking on behalf of Subway.

“Let’s not forget we won a World Cup when it was on our soil. The home factor, I don’t think it becomes a burden.

Marcus Rashford hopeful of England doing ‘something special’ at Euros

“I think it’s an inspiration to be playing in their home country. How many international games do we lose at Wembley? Not many at all.

“It’s a big, massive fillip for Gareth. It’s almost a home tournament as far as we’re concerned because we don’t have to venture too far.

“I think it’s a big plus. The home country will get behind the team. If they get off to a good start against Croatia – like I think they will – there will be a wave of good will and that can only be a help to the team.”

England play all three of their Group D matches at the national stadium in north west London, while both semi-finals and the final will also be held at Wembley.

It could be a major advantage for Southgate’s side, whose run to the last four of the 2018 World Cup captured the nation’s attention.

Southgate now has his full squad with him at St George’s Park after the Chelsea and Manchester City players missed last week’s friendlies following their involvement in the Champions League final in Porto on May 29.

Harry Maguire, who is struggling with an ankle ligament problem, is the only serious injury concern after Jordan Henderson returned from a groin injury against Romania.

Subway teamed up with Chris Kamara to unveil a once in a lifetime garden stadium experience for five lucky England fans in Woking, after they lost their Euros tickets due to reduced stadium capacity. With football fever building, Subway has launched brand-new Match Day Bundles, including their new Nacho Chicken Bites, Nacho Chicken Sub and Potato Crispers – customers can order new menu items in-store or via delivery services including Just Eat, Uber Eats and Deliveroo.