England Women will hope it is third time lucky as they look for their first win at Wembley on Saturday evening.

The Lionesses have played at the national stadium twice before in friendlies against Germany, but both ended in defeat — 3-0 under Mark Sampson in 2014 and 2-1 under Phil Neville in 2019.

The World Cup qualifier against Northern Ireland marks their first competitive fixture at Wembley and the pressure is on boss Sarina Wiegman to deliver. 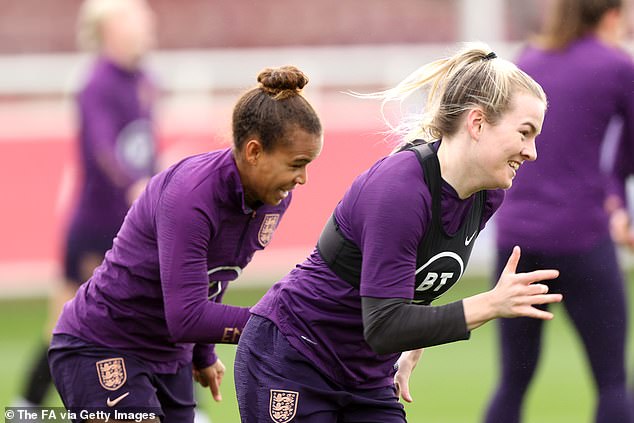 ‘It’s a great stadium that everyone wants to play in,’ said Wiegman. ‘It’s very special with a big crowd, too. I’m pretty calm but I am very excited.’

England beat Northern Ireland 6-0 in a friendly in February but manager Kenny Shiels was without several experienced players. After the defeat, Northern Ireland went on to qualify for next summer’s Euros and won their first two World Cup qualifiers against Luxembourg and Latvia. 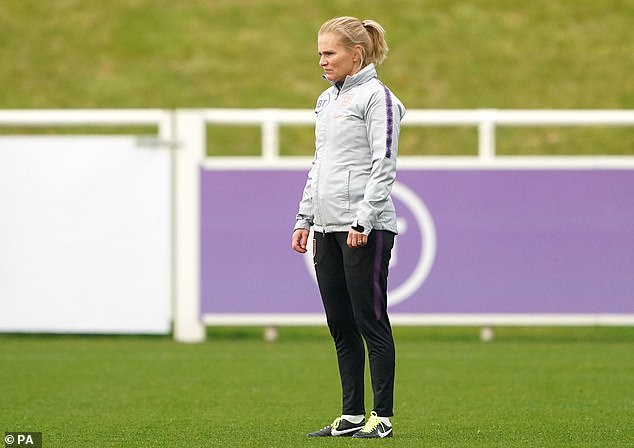 ‘I expect a harder game than the ones we had last month,’ said Wiegman, whose team beat North Macedonia 8-0 and Luxembourg 10-0 in her first two matches. Wiegman confirmed that Leah Williamson will be captain in the absence of Steph Houghton and Lucy Bronze but insisted she has not made a permanent decision.

‘It’s a huge honour,’ Williamson said. ‘It’s probably the most sought after job in football.’

But Williamson believes it is time to play more games at Wembley.

‘It’s something we thought would happen more frequently after the Germany game,’ she said. ‘The first competitive game is a milestone for us.’