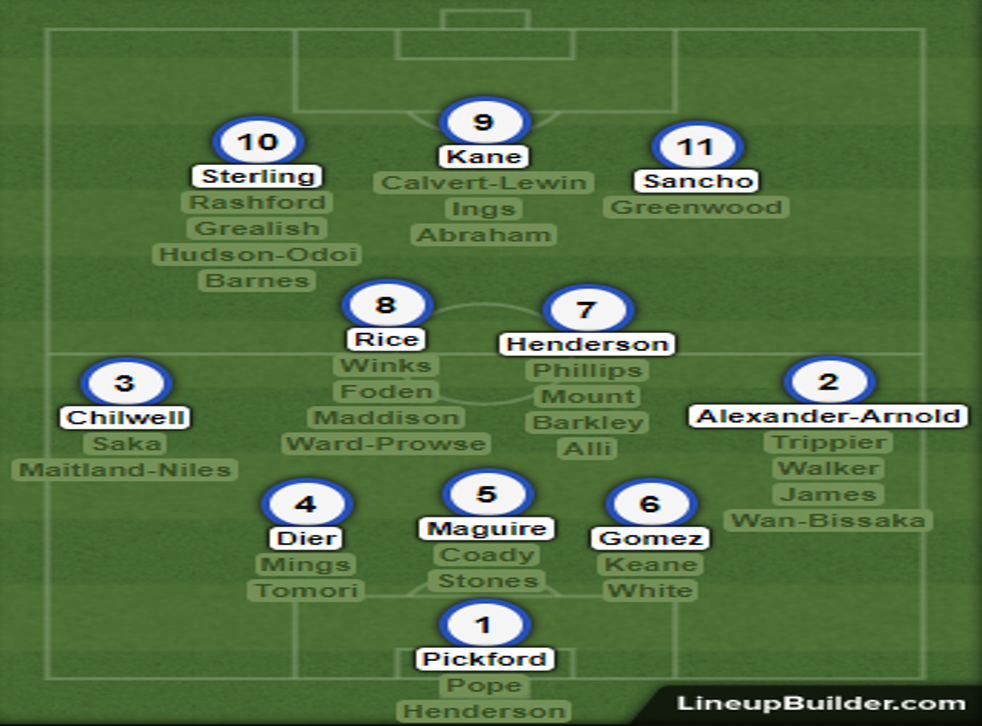 Those are just the ones who have previously been called up by Southgate. Others like Michail Antonio at West Ham, Tariq Lamptey and Ben White at Brighton, Ollie Watkins at Aston Villa and Dwight McNeil at Burnley are all impressing at their clubs.

Much has been made of the number of English players who have followed Sancho’s example and moved abroad, and both Jude Bellingham and Jamal Musiala are collecting minutes in the Bundesliga this season despite their tender age.

When Southgate eventually names his final 23-man squad for Euro 2020, it’s likely that he will have to leave out several players who are well-deserving of a place. All 30 at England’s current camp will fancy their chances of playing at a major tournament. A few hearts will have to be broken.

“For sure it’ll make more difficult conversations,” Southgate said last week, discussing his decision to name a particularly large squad. “When you’re picking the next smallest squad, by the very nature, you are going to have to leave four or five out.”

There are still deficiencies, though. The lack of options at left-back, and of left-footed players full stop, is something Southgate drew attention to during September’s camp. Other than first-choice Ben Chilwell and new, untested call-up Bukayo Saka, the best alternatives are experienced players who have fallen out of favour at international level like Ryan Bertrand, Aaron Cresswell and Luke Shaw.

In midfield, it remains to be seen which pairing of Declan Rice, Harry Winks, Jordan Henderson and Kalvin Phillips will emerge as first-choice. Bellingham, a 17-year-old currently three appearances into a top-flight career, stands an outside chance of playing his way into contention if he becomes a regular at Dortmund this season. England are not especially blessed with traditional wide players, either.

On balance, it is fair to say this is not a golden generation. Each player in Southgate’s first-choice starting line-up is not among the best in the world in their position. Yet it is a young, exciting and reassuringly deep England talent pool, with the potential to develop into something greater still.

The worry not long ago was that emerging English talent was being denied opportunities but, if anything, Southgate will enter next summer’s tournament spoilt for choice.