Members of the England and Scotland national sides have made financial contributions to NHS Charities Together.

The England men’s team offered a ‘significant donation’ in conjunction with the Premier League #PlayersTogether initiative, using a ring-fenced fund for good causes.

A proportion of all Three Lions match fees since September 2018 – a total of 16 games – will be donated to the under pressure health service. 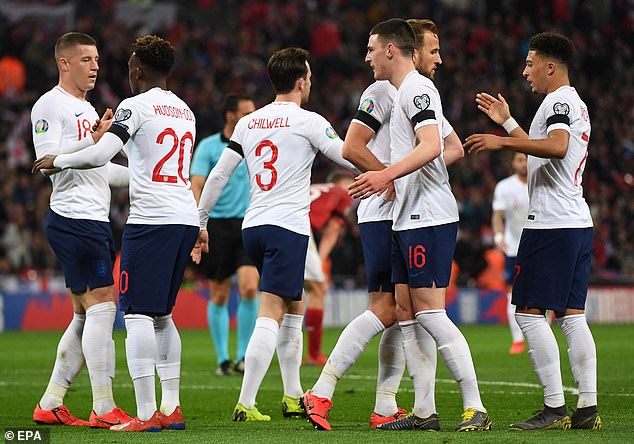 A statement on England’s official Twitter account on Tuesday read: ‘Following positive discussions with The FA, the England senior men’s squad are pleased to confirm that a significant donation from their international match fees will be made to NHS Charities Together via the #PlayersTogether initiative.

‘This contribution will be taken from a fund already set aside to support a variety of worthy causes using all match fees collated since September 2018.

‘We are also grateful to The FA for committing their support to the #PlayersTogether initiative for the foreseeable future by helping to raise awareness and funds to assist throughout the fight against Covid-19 and beyond. 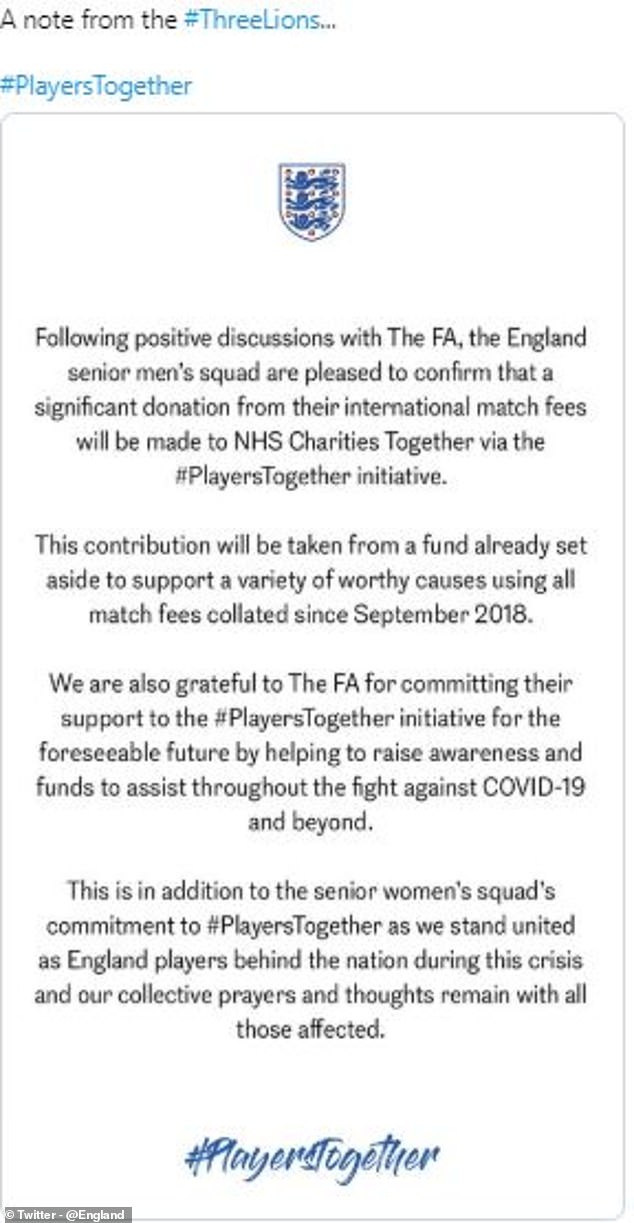 ‘This is in addition to the senior women’s squad’s commitment to #PlayersTogether as we stand united as England players behind the nation during this crisis and our collective prayers and thoughts remain with all those affected.’

Across the border, Scotland men and women’s teams united to make a ‘substantial’ donation of their own.

Men’s skipper and Liverpool left back Andy Robertson said: ‘We have all been inspired by the selflessness of nurses, doctors and all healthcare workers on the frontline – it only reinforces how vital the NHS is to our country and how we must cherish and protect this institution.’

Women’s captain Rachel Corsie added: ‘Like Andy and the men’s team, we realised that any money that was due to us through the privilege of playing for our country would be better put together and used to help the country’s fight against Covid-19 and especially to support the incredible efforts of our NHS staff at the front line and those supporting them.’ 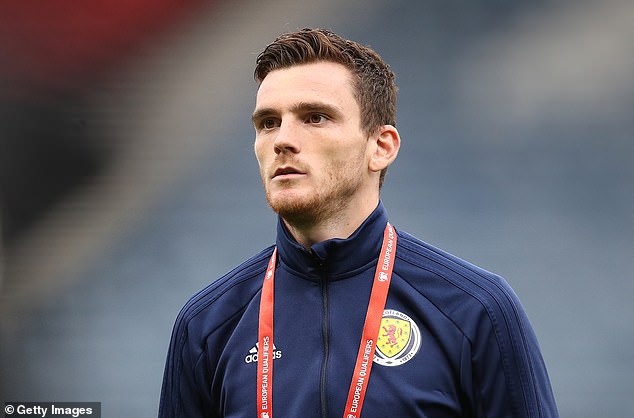 Scotland men and women’s teams united to make a ‘substantial’ donation of their own, men’s skipper and Liverpool left back Andy Robertson said: ‘We have all been inspired’