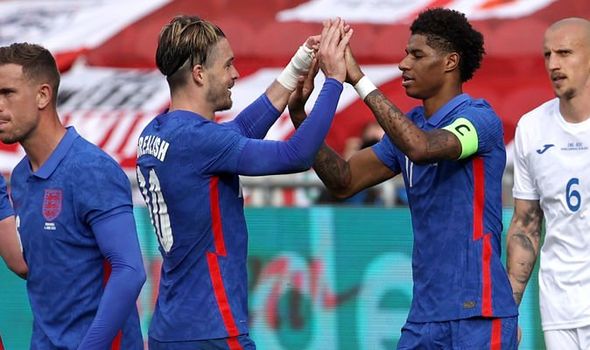 England beat Romania at the Riverside Stadium in their final warm-up match ahead of Euro 2020. Although Jordan Henderson missed a second-half penalty, Marcus Rashford’s earlier spot-kick was enough for Gareth Southgate’s side to clinch a 1-0 victory in Middlesbrough. Express Sport rates England’s players after their second of two friendly triumphs just days after Bukayo Saka’s strike gave the Three Lions a win by the same scoreline against Austria.

Brilliant save from Andrei Ivan will have settled a load of England nerves ahead of the tournament.

One left foot shot woefully off target and nervy in defence. Thankfully we’re okay for right-backs.

Slow building a rapport with Tyrone Mings and still some way short of a Maguire replacement.

First time in an England shirt where he did not quite look the part. Seemed strangely uncertain. 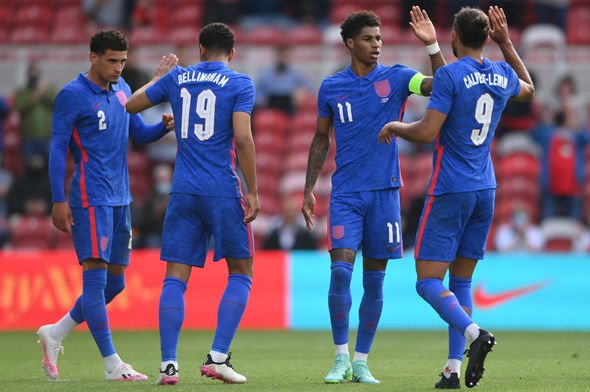 Clearly determined to give Chilwell a run for his money for left-back squad. Good going forward.

Always looked to make something happen with his runs and finally won England a penalty.

Did his best to fill the holes that appeared in defence but seemed just a little short due to injury. 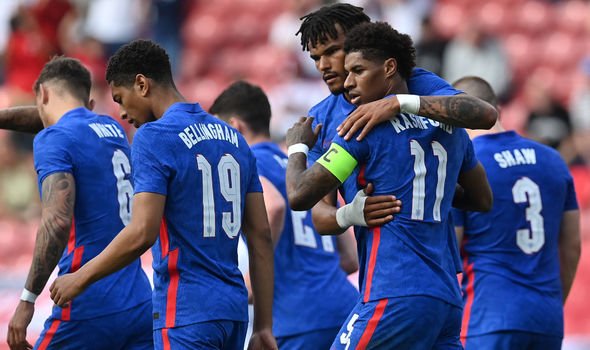 Led the team well. Should have had a penalty himself and converted the one England did get.

Showed set-piece threat with header against bar, won penalty and might have had hat-trick.

Rasping shot against the bar showed his ability and he will catch defences out this summer for sure.