England’s Euro 2020 squad have received special red ‘Legacy Caps’ to mark their unique place in the history of the national team.

Each of the 26 players was presented with a numbered cap to mark their position in the long list of footballers to have represented the Three Lions since their first international in 1872.

Robert Barker, the England goalkeeper in that inaugural match against Scotland, was designated No 1 and the latest recipient is another goalkeeper, Sam Johnstone, at No 1262. 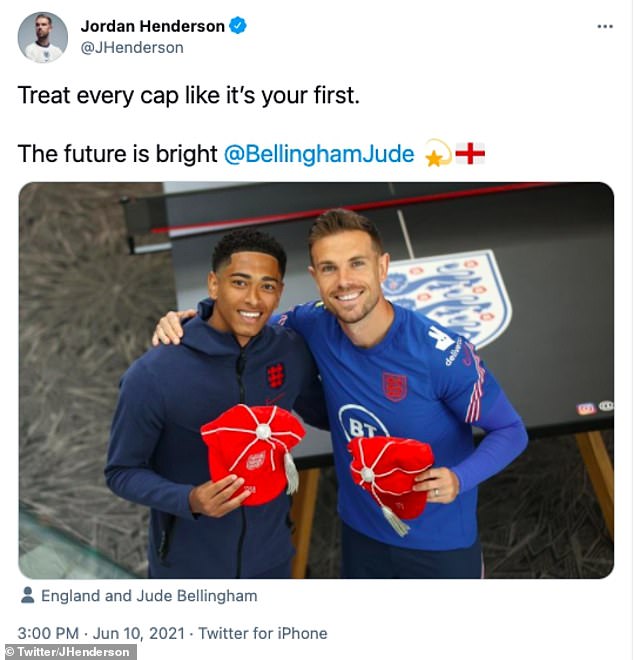 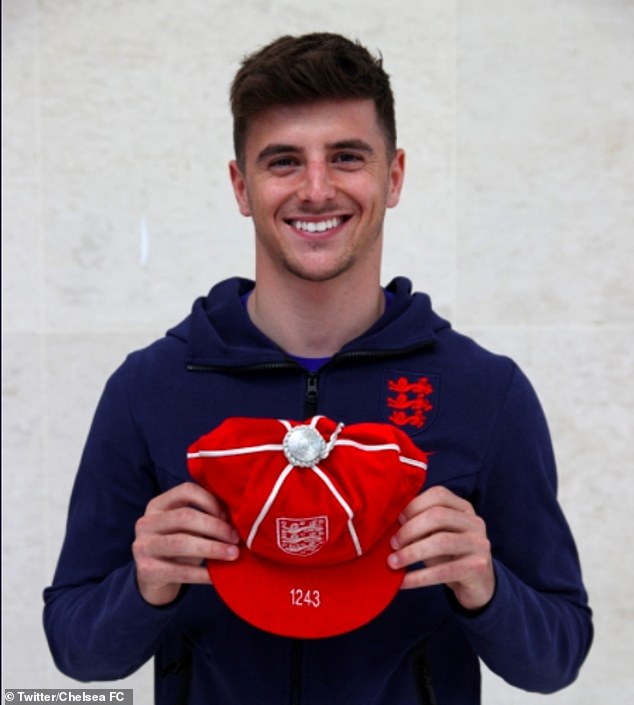 Among those England rookies receiving their caps were Jude Bellingham (1258), who posed for a photograph with fellow midfielder Jordan Henderson, Bukayo Saka (1253), Jack Grealish (1251), Phil Foden (1247) and Mason Mount (1243).

The Football Association decided to adopt the tradition of legacy numbers after the England team played their 1,000th match against Montenegro in November 2019.

As well as the souvenir caps, which feature an embroidered Three Lions crest and unique number, the players now wear the digits inside the collar of every matchday shirt.

And from now forwards, all senior debutants for England will receive their own red velvet cap. 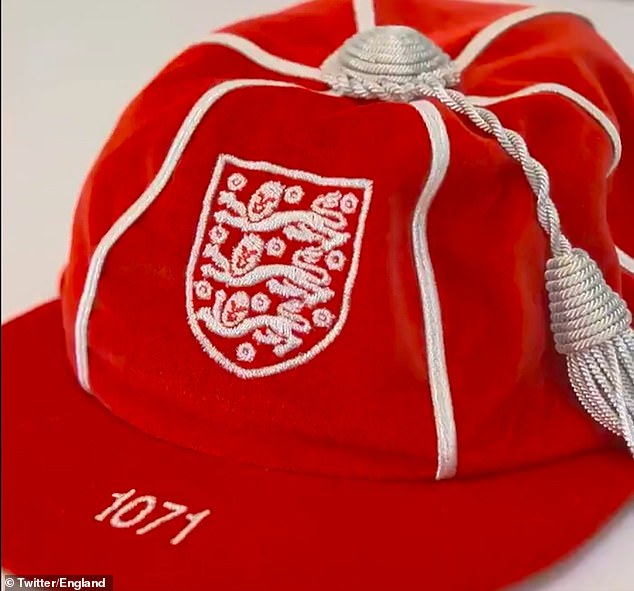 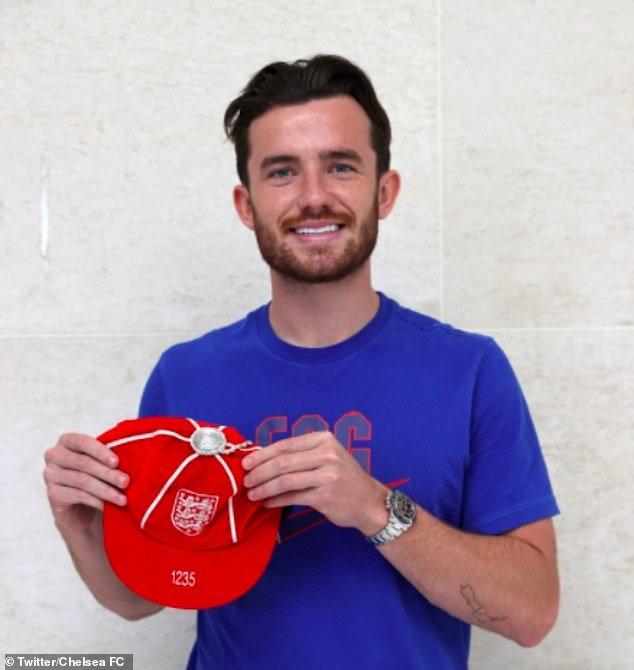 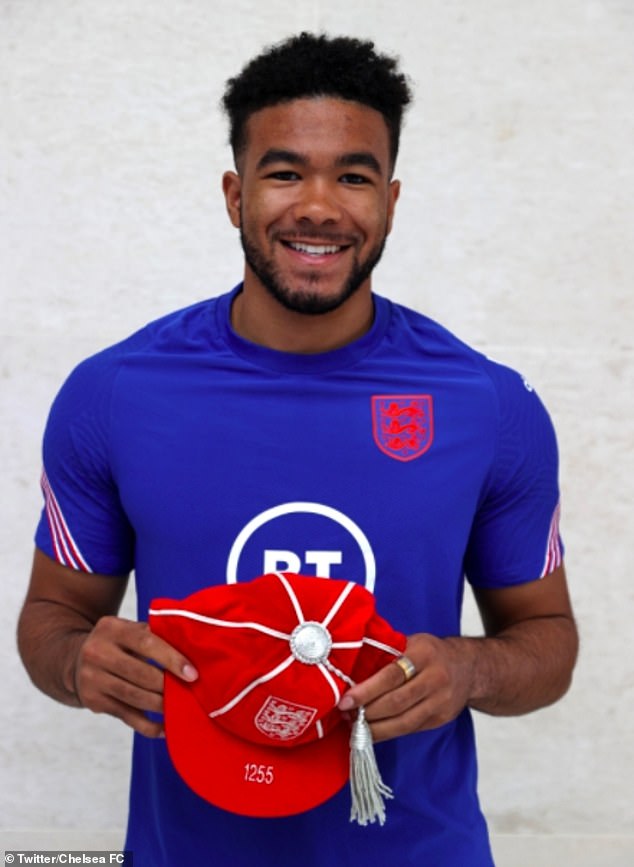 This was launched on Wednesday just after the squad reported to their Euro 2020 base at St George’s Park in Staffordshire, with manager Gareth Southgate (No 1071) helping to distribute them.

Southgate said: ‘We wanted to take a moment to recognise the achievement of all of the players and the staff to be involved going into a major tournament. 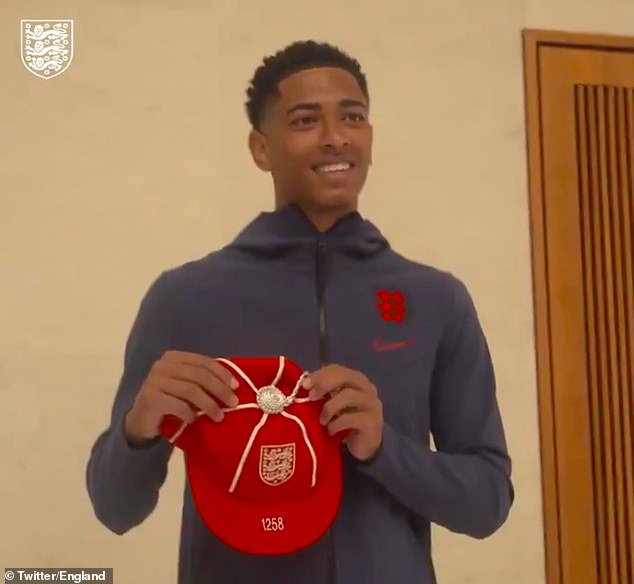 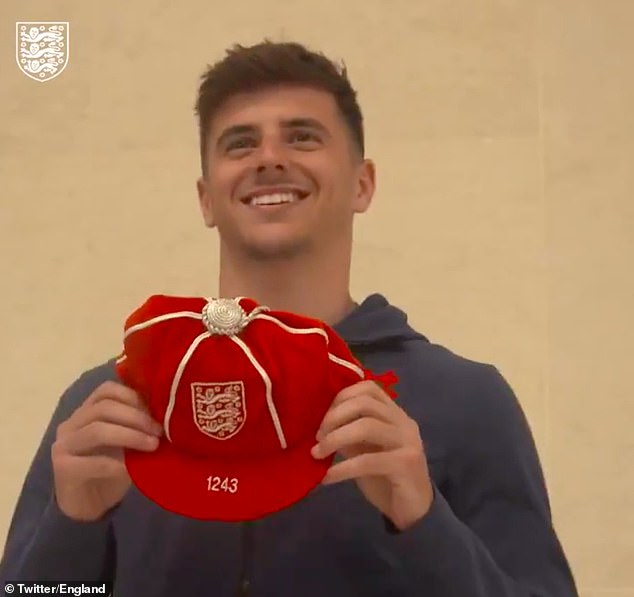 ‘This is an opportunity for these players we should make the most of and cherish but also reflect that we are part of England’s history.

‘There is a a longer history than us and we should have the humility to recognise where we are on that journey but also make the most of our moment and leave the team in a better place.

‘Every player will feel very special about having that opportunity to take that moment and in the group there were some emotional moments.’

England open their Euro 2020 campaign against Croatia at Wembley on Sunday afternoon.