England to be first nation to limit heading in training

Football’s governing bodies are preparing to make England the first country to formally limit heading in professional training as part of a wide-ranging strategy to tackle the national game’s dementia crisis.

In an interview with London’s The Daily Telegraph, Charlotte Cowie, the Football Association’s head of medicine, said that new guidelines were being formulated which would “call out” those coaches who still put on “inappropriate” prolonged heading sessions. The mantra will be to reduce unnecessary heading without compromising technique. 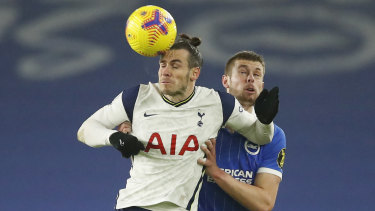 Heading at training is set to be limited in England.Credit:Getty

Cowie also accepted that heading was among “the most likely risk factors” for the increased dementia risk among former professionals and that it was “important not to shy away” from the issue so that the game’s wider health benefits could be maximised.

A joint committee, led by the Premier League, including the FA, the PFA, the Women’s Super League and the English Football League is now working to draw up protocols.

“We have got a fairly quick timescale, but we do want to gather evidence first before we put some heading guidelines in place,” said Cowie. “What it will make sure is where there are coaches that are complete outliers, and we know that they exist, which just make players head again and again and again for 45 minutes or longer, that those actions are brought in and called out. Because that is where clearly those training practices are inappropriate.” 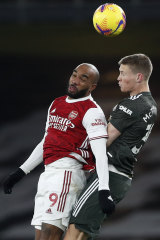 Alexandre Lacazette of Arsenal and Scott McTominay of Manchester United.Credit:Getty

The Telegraph has repeatedly called for training heading limits as part of its five-year “Tackle Football’s Dementia Scandal” campaign and, in a further major breakthrough, the FA has committed to backing up action on heading protocols with new research.

As well as identifying the precise cause of football’s dementia link, the FA will also this week appeal for studies which specifically look at women’s football, the grassroots game, youth football and the situation abroad.

It all comes ahead today of a government summit into the dementia crisis in sport, which will be attended by lead campaigner Dawn Astle, and the introduction later this week of permanent concussion substitutes across men’s and women’s elite competition. The new planned heading protocols, however, represent the most significant change to the professional game since landmark research found that former players were 3.5 times more likely to die of neurodegenerative disease.

New guidance will be widely welcomed by former and current players, with Gary Lineker, Sir Geoff Hurst, David Beckham and the Professional Footballers’ Association among those calling for heading limits. PFA chairman Ben Purkiss has urged governing bodies to introduce restrictions before next season. Astle, whose charity has been contacted by more than 400 families of former players with dementia, stressed also the importance of enforcement. “It is a necessary step – overdue but still very welcome,” she said. The Premier League is leading a study into the prevalence and nature of heading in both matches and training. Significantly, though, Cowie said that the FA was ready to accept a precautionary principle and follow up the restrictions last year in children’s football.

“It’s all very well to have youth guidelines, but it’s the professional game which has been highlighted as being at risk,” she said.

“The [FA] research task force agreed we might never separate if it is heading or concussion or something else causing the dementia risk but it’s a reasonable supposition that the most likely factors in terms of risk are heading and concussion or other elements of head injury.

“And it would be sensible to concentrate on those as potential risk factors. The chances are they are likely to be in the mix. We have to accept that and make the moves now. It’s like the original smoking studies – [if] it looks as though it is pointing in that direction you have to act.”

Cowie stressed that they were not being held back by a lack of proof over the dementia link, but a desire for strong data on how much heading was happening. What they do already know, however, is that there are wide differences between clubs based on coaching and playing styles.

Cowie also explained the FA’s decision to introduce permanent concussion substitutes rather than temporary replacements, which would give medics more off-field time to assess head injuries. She stressed that the decision was based on extensive discussions with senior sports doctors and was not the result of any pressure from football administrators. “I have not spoken to a single football doctor and had anyone say this is wrong,” she said.

Cowie said that there were concerns that symptoms could be delayed beyond a potential 10-minute window for the temporary concussion substitutes, as in rugby, and that it was safer to immediate remove players permanently.

With FA data suggesting the concussions occur only once or twice per club per season, she said that there was also a feeling that football needed a different system to sports where concussion was more common.

Cowie also stressed that there would be less pressure on pitchside doctors in knowing that they would not be using up a regular substitute by replacing a player following any suspected concussion.