‘The thought of lifting a trophy again is a bit like a drug’: Fast bowler Chris Woakes dreaming of Twenty20 World Cup glory after helping England to 50-over success in 2019

Chris Woakes occasionally wanders into his study back home, simply to remind himself. Of the surges and shunts of that dramatic day at Lord’s, and the lengthier journey he went on with England’s first champion 50-over team.

Some people house them in glass-fronted cabinets, others mount them on the wall. But the World Cup winner’s medal Woakes received following that barest-of-margins success over New Zealand in 2019 simply hangs next to his computer in ‘his’ room, littered with memorabilia from a 16-year career, away from wife Amie and their two young daughters.

‘I occasionally just go in and have a look at it. Not many people own them, do they? Even more so, as an Englishman,’ Woakes says. 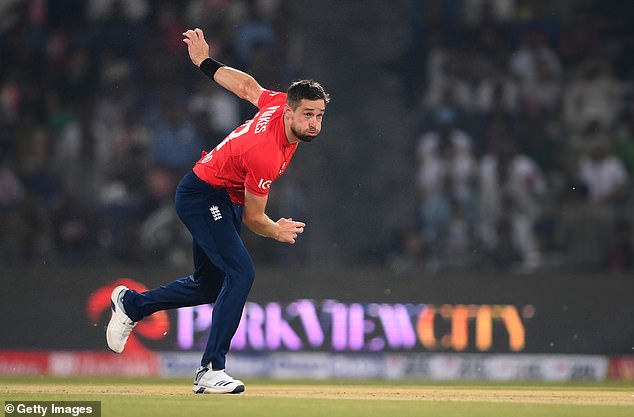 Memories of that never-ending Sunday in July were also at the heart of England’s forgotten man to undergo a knee operation two months ago, the motivation for which was to be part of attempts to double the haul of golds at this month’s Twenty20 equivalent.

‘The thought of lifting a trophy again is a bit like a drug, I suppose,’ he says. ‘The motivation was always there to get back and play whatever cricket I could, really, but the carrot of a World Cup was huge, and that effectively set my deadline. It was a case of either having the surgery then, or not at all.’

Such was the length of Woakes’ injury lay-off that prior to this seven-match tour of Pakistan that will have its current 3-3 status unlocked later on Sunday, and the fast-forward pace of the summer of Baz that his previous competitive appearance under Joe Root’s captaincy in the Caribbean feels like a different era.

England returned from that tour, nursing the effects of a 1-0 loss to West Indies, and Woakes a triumvirate of injuries.

‘The body was aching and creaking. I couldn’t throw too well because of a shoulder niggle, my knee was sore and my ankle had flared up as well. Apart from that, I was good to go,’ Woakes smiles. 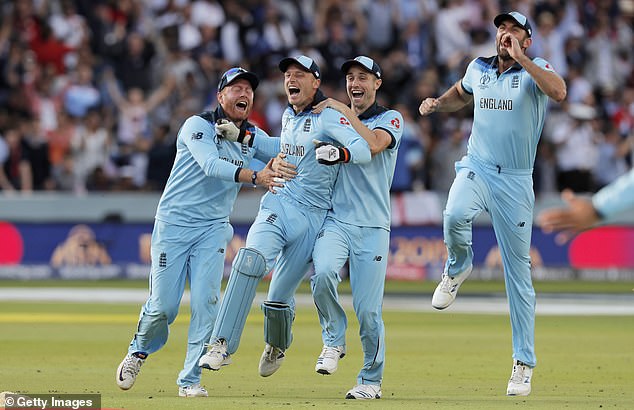 Such issues are part and parcel of being a fast bowler, of course. Only the knee ‘kept teasing me,’ he says. ‘I was getting to the stage where I was bowling at full tilt but as soon as I bowled a little bit too much, I couldn’t move the next day.’ In his comeback for Warwickshire’s second XI, he was restricted to nine overs. Keyhole surgery took place at the end of July.

Just in time for England to get the band back together. Mark Wood’s re-emergence here has provided England with a huge boost as they head Down Under but the influence of Woakes should not be underestimated.

Some of Woakes’ best white-ball efforts have come in Australian conditions — his best ODI figures were at the Gabba 11 years ago.

Now 33, like Ben Stokes he has been asked to consider specialism going forward to manage workload but although he is unlikely to be selected for a return to Pakistan later this winter, he insists: ‘I’m desperately keen to still play Test cricket, for sure. I don’t see that my Test career is over. I want to play all formats for as long as I possibly can, and for as long as my body allows.’

Meanwhile, Paul Collingwood will join England’s backroom staff at the World Cup after assistant coach Richard Dawson was ruled out with a groin injury.