Spain boss Luis Enrique admitted his side failed to make the most of a ‘crucial moment’ after seeing a second-half penalty miss prove costly as Poland fought back to draw 1-1 in Seville.

The pressure was on after the hosts could only manage a 0-0 draw with Sweden in their opening Group E fixture despite dominating for large spells.

Spain went ahead in the 25th minute through Alvaro Morata, his close-range effort initially ruled out for offside before that decision was overturned by VAR. 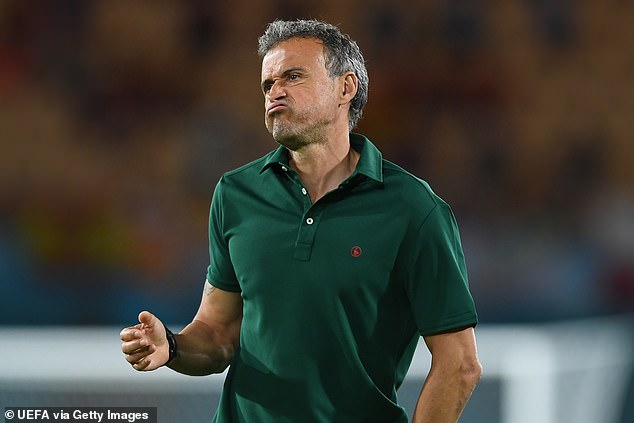 Poland, beaten by Slovakia in St Petersburg on Monday, responded and were deservedly level early in the second half when Bayern Munich forward Robert Lewandowski headed in at the back post.

There was, though, more drama to come when Spain were awarded a penalty after the referee took another look at a challenge by Jakub Moder on Gerard Moreno and pointed to the spot.

Moreno, though, could only send his spot-kick against post and Morata then knocked the rebound wide.

While frustrated at not taking all three points, Spain still have qualification in their own hands, needing to beat Slovakia, who were beaten by Sweden on Friday night. 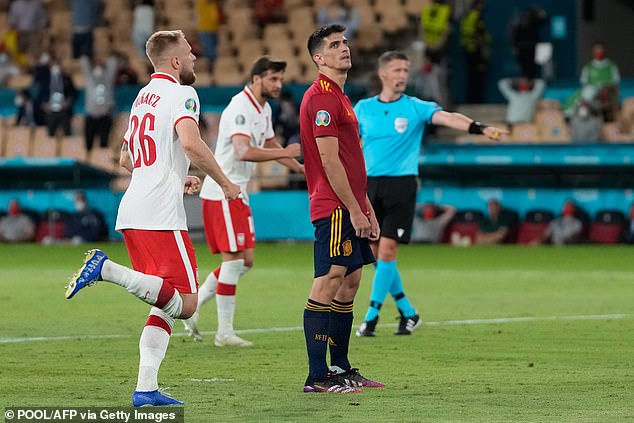 ‘We probably tried too hard and overdid things instead of creating clear-cut opportunities,’ Enrique said at a press conference.

‘Missing the penalty was a pity because it was at an absolutely crucial moment.

‘I thought we would be able to impose ourselves more – but we couldn’t.

‘Perhaps we were the dominant team and if it was a boxing match, we would have won on points.’ 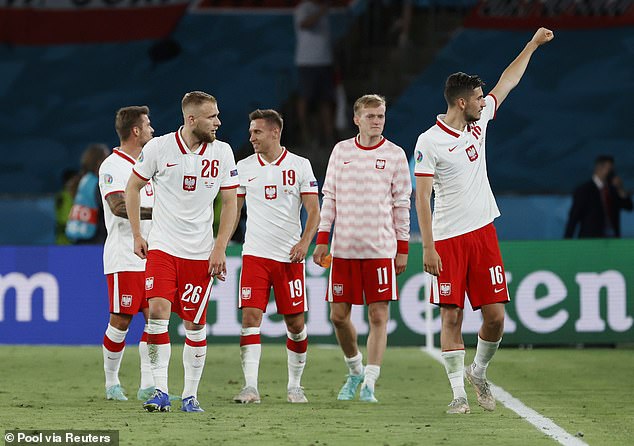 Enrique added: ‘We wanted to play better and give the fans something to shout about, but you have to recognise the great defensive work Poland did.

‘They closed down a lot of the avenues we would usually use, they stopped our transitions and pressed us high, so it was a tough game.

‘But a draw leaves us with the chance of winning the group if we beat Slovakia.

‘It will be a crunch game and we need to win it if we want to get through.’ 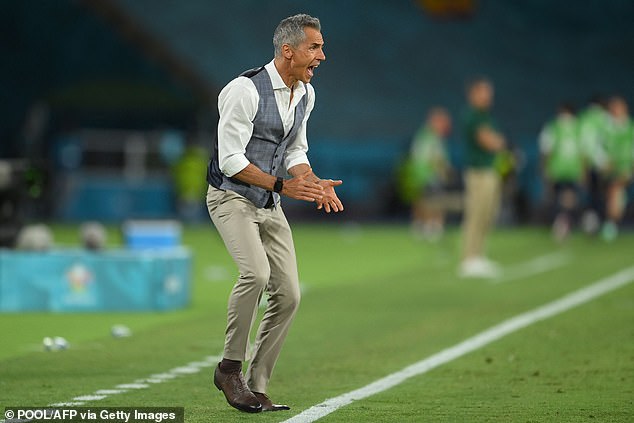 ‘For a striker like him, who is the best goalscorer at this time in the world, goals are vital to keep a good mood,’ Sousa said.

‘We want to feed him with opportunities to score goals, but he also creates space for others, helping the team.

‘He is a player who is leading in different ways to make sure we can be happy with good results and go through the group phase.’

Sousa added: ‘If we can play against one of the best teams in the world like we played today, and we can play like that every day, then we could be much more closer to win more matches.’ 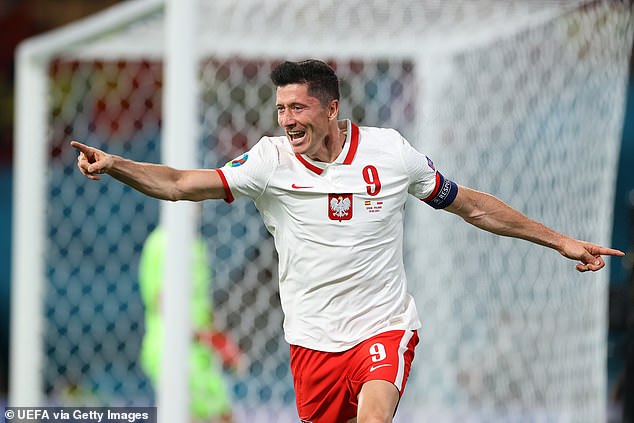 Poland captain Lewandowski felt his side had earned a share of the points.

‘We knew against Spain that we would be more focused on defence, and we did it quite well. It simply worked out,’ Lewandowski said on www.Euro2020.com

‘We will not be favourites against Sweden, they have very good players and it will be very tough, but we will be prepared.

‘This game against Spain has definitely given us a lot.’