Eric Dier has been charged by the Football Association after climbing into the stand to confront a Tottenham supporter after their FA Cup exit to Norwich and could face a hefty ban.

The England international saw his brother in an argument with a fan in the south stand of the Tottenham Hotspur Stadium and climbed up several rows of seats to intervene.

The incident, which was investigated by the Metropolitan Police, happened after Spurs had lost a fifth-round penalty shoot-out to the Canaries on March 4.

A statement from the FA read: “Eric Dier has been charged with misconduct for a breach of FA Rule E3.

“It is alleged that the Tottenham Hotspur midfielder’s actions at the conclusion of the Emirates FA Cup fixture against Norwich City FC on Wednesday 4 March 2020 were improper and/or threatening. 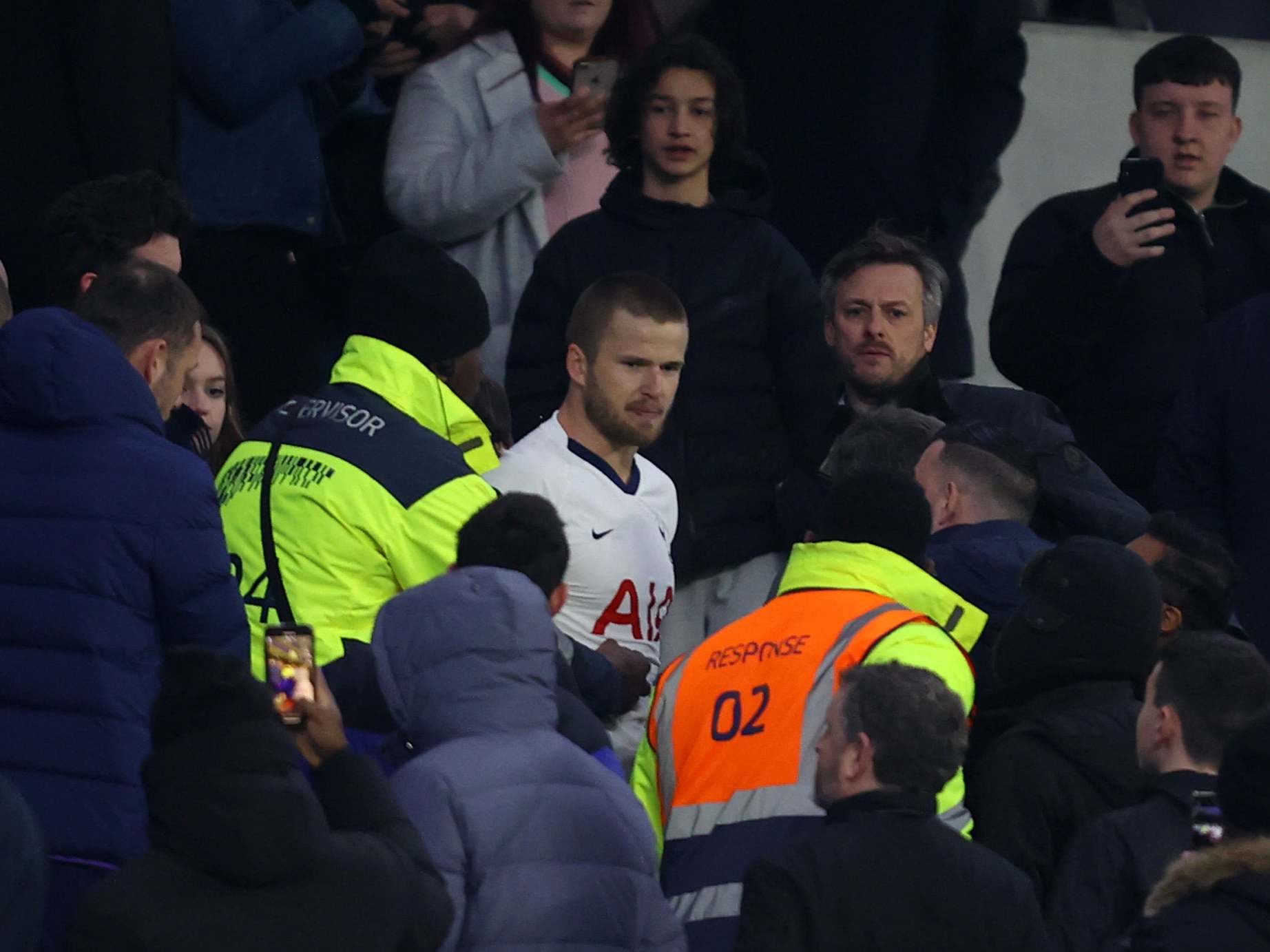 The FA has warned that the case does not come with a set sanction, meaning that if Dier accepts the charge or is found guilty, his punishment will be decided by an independent panel, which could see him land a hefty suspension.

Boss Jose Mourinho was highly supportive of his player after the incident and said he hoped Dier would not be subject to a club sanction.

Mourinho said: “I think Eric Dier did something that we professionals cannot do but in these circumstances every one of us would do.

“Because when somebody insults you, and your family is there, and you get involved with the person that is insulting you, in this case a younger brother, I think Eric did what we professionals cannot do.

“But I repeat, probably everyone of us would do. I repeat, we professionals we cannot do, but I repeat I am with the player and I understand the player.”

Dier’s team-mate Dele Alli is still waiting for the outcome of his charge.

Alli was charged by the FA on February 26 for misconduct after he posted an ill-advised video on Snapchat about coronavirus a fortnight earlier and he is understood to have launched an appeal.

Alli could also face a suspension once the season can resume if his charge his upheld. Manchester City’s Bernardo Silva received a one-match ban after a similar offence in a disciplinary procedure which took six weeks from charge to punishment.