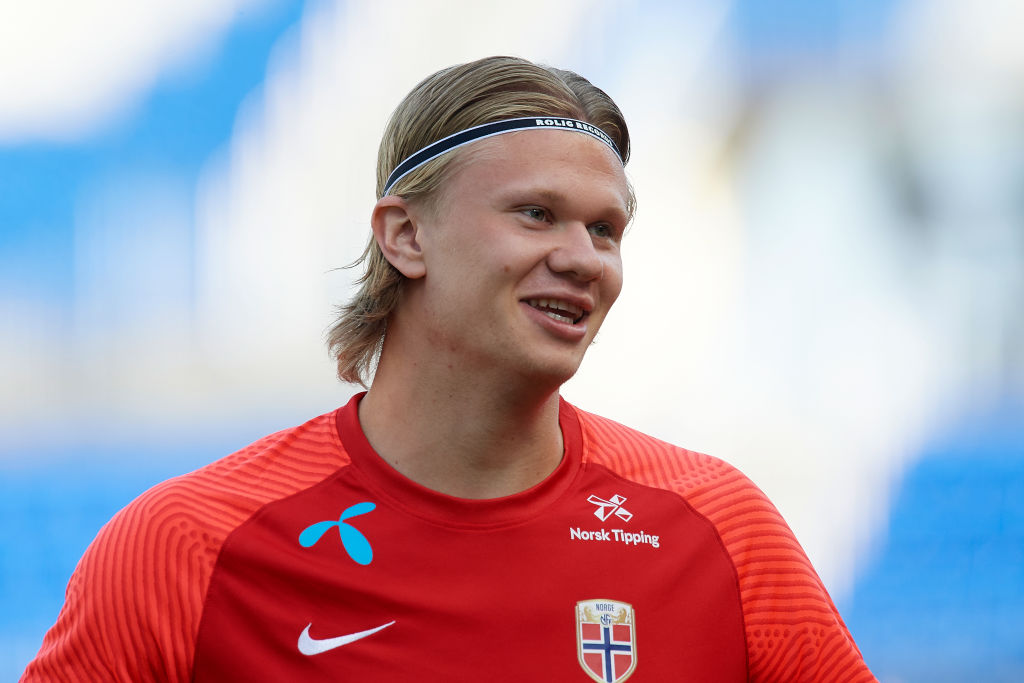 Erling Haaland is keen on a move to Chelsea this summer, according to reports.

The Champions League holders are currently exploring the possibility of a deal for the Borussia Dortmund striker before the end of the transfer window.

However, the cost to sign the Norway international would be in excess of £150 million, while the 20-year-old is also understood to be demanding a salary in the region of £300,000 a week.

But according to The Telegraph, Haaland is ‘interested’ in a switch to Chelsea and is ‘attracted by the prospect’ of joining Thomas Tuchel’s side.

The report also claims that Chelsea are fully aware of the difficulty of signing Haaland this summer and are considering the option of securing an agreement which would see the striker delay his Dortmund exit until next year.

Dortmund, meanwhile, are adamant that Haaland will remain with them for at least one more season.

Next summer, the striker will reportedly be available for €80m (£68.9m) due to a release clause in his contract.

Dortmund are also unlikely to be willing to lose both Haaland and Jadon Sancho, who is Manchester United’s top priority, in the same window.

‘We are still planning with him,’ Zorc told Sky Germany.

‘He will play with us in the new season.’