‘I think we have a lot of good years ahead’: Borussia Dortmund star Erling Haaland is confident Norway’s ‘wonderful’ next generation can take the world by storm despite TWENTY years of national hurt at major international tournaments

Borussia Dortmund star Erling Braut Haaland believes the Norwegian national team have their best years ahead of them due to the young talent they have at their disposal.

Despite his modest age, the 19-year-old is already one of the top centre forwards in Europe, having been on a frightening goalscoring run for Red Bull Salzburg and new club Dortmund in the 2019/20 season.

But Haaland was keen to mention the other Norweigian talent that is currently playing at the top-level in Europe, with the striker hoping they can help him to international success over the coming years. 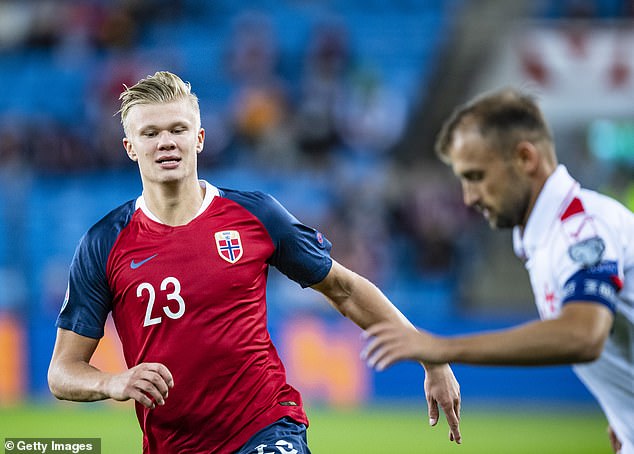 Haaland told Eurosport: ‘It’s wonderful. There are so many young talents, or, there’s young talents, but we can’t forget that we’re good football players as well – we should be allowed to say that now. ‘

‘Sander Berge is playing in Premier League, Kristoffer Ajer has been playing in Scotland for some years now, so we’ve got good talent but we’ve also got good football players, we can’t forget that. 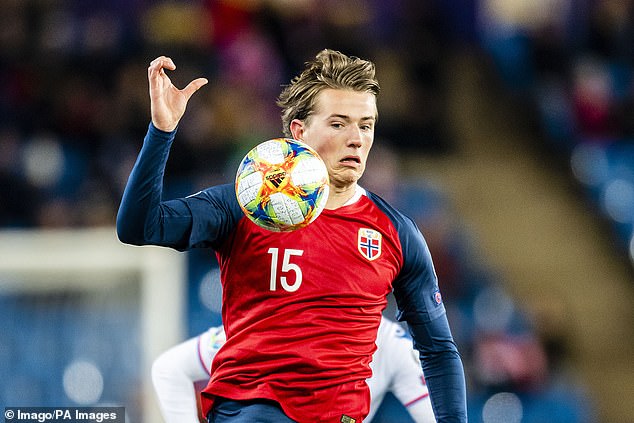 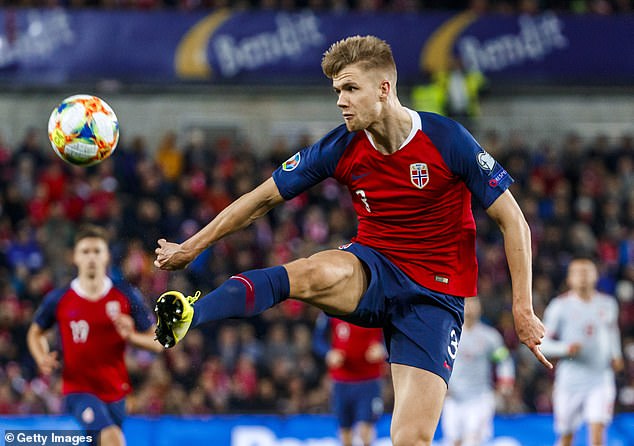 The likes of Berge and Ajer are not the only talents Norway possess in their quest for international success.

Real Sociedad midfielder Martin Odegaard, on loan from Real Madrid, is having a fantastic season with the Basque club, having lead his temporary club to fourth place in the table so far in the 2019/20 season.

Norway can also look to Bournemouth’s Josh King for goalscoring inspiration, with the 28-year-old becoming a key man for Eddie Howe’s Cherries in the Premier League in recent seasons. 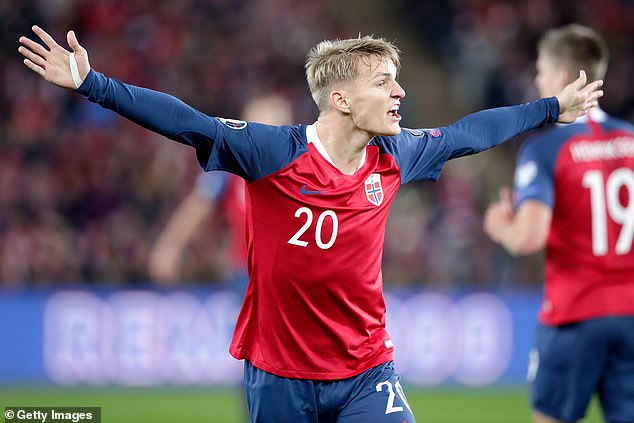 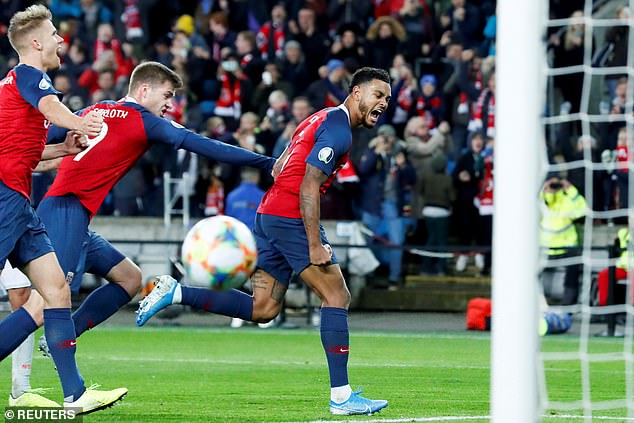 Bournemouth’s Josh King, 28, can help ease the goalscoring load on Haaland for Norway

Norway have not featured at a major tournament since the 1998 World Cup in France, where they were beaten in the last-16 stage by Italy.

Yet with Haaland and co now in their ranks, the country’s national team stand in good stead to qualify for next summer’s European Championships, with Norway needing to beat Serbia then one of Scotland or Isreal to reach the tournament.