Shane Ferguson lit up a dull friendly in Tallinn with a spectacular strike as Northern Ireland made it back-to-back wins in the Baltics ahead of their crunch World Cup qualifier against Switzerland.

Breaking the deadlock was probably the last thing on the 30-year-old Rotherham defender’s mind when he replaced Jamal Lewis 10 minutes after half-time and was handed the captain’s armband by skipper Niall McGinn to mark his 50th cap.

After all, it was nine years since Ferguson’s last international goal against Finland. 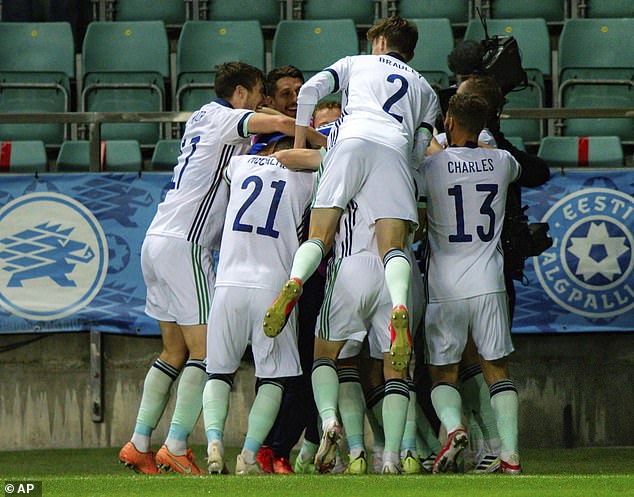 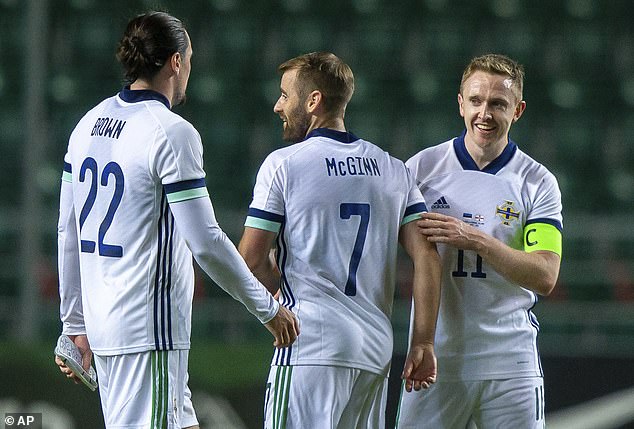 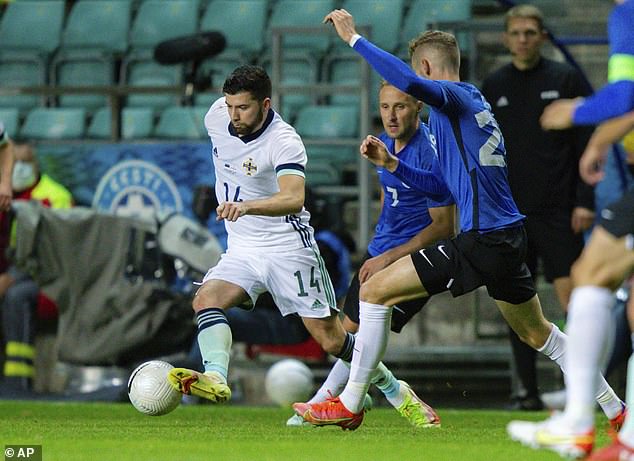 But when Northern Ireland worked the ball out to the left flank in the 75th minute, Ferguson seized the opportunity to advance into space and let fly from 25 yards.

Goalkeeper Matvei Igonen managed to get a hand to the ball but could only touch it against the inside of the past on its way into the net.

‘You couldn’t write it,’ said Ferguson. ‘To make my 50th cap was a big night for me and my family, and I’m delighted to score and get the result.

‘The main thing was to keep that winning feeling in the dressing-room that we had the other night. We just want to keep that going into Wednesday’s game.’

Manager Ian Baraclough clearly had one eye on Wednesday’s vital game against the Swiss in Belfast as he made nine changes to his starting line-up and four more during the game.

Estonia also made seven changes from their Group E defeat to Belgium as they prepared to face Wales in Cardiff still seeking their first point in qualification.

It made for a sterile first half and more than an hour had gone before Trevor Carson made the first save of note, denying Erik Sorga moments before he was replaced in goal by Celtic’s Conor Hazard. 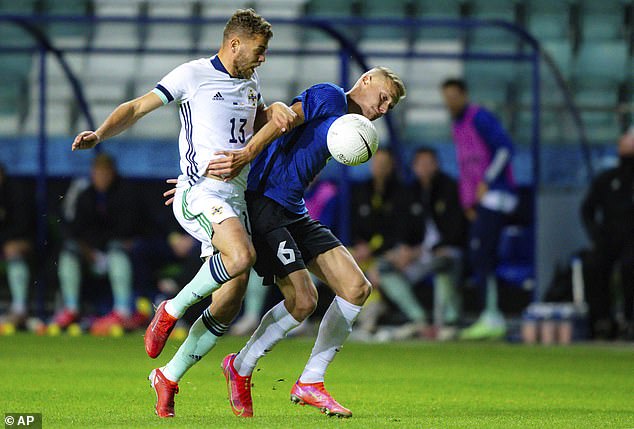 With Northern Ireland also making seven changes, it meant more than an hour of dull football 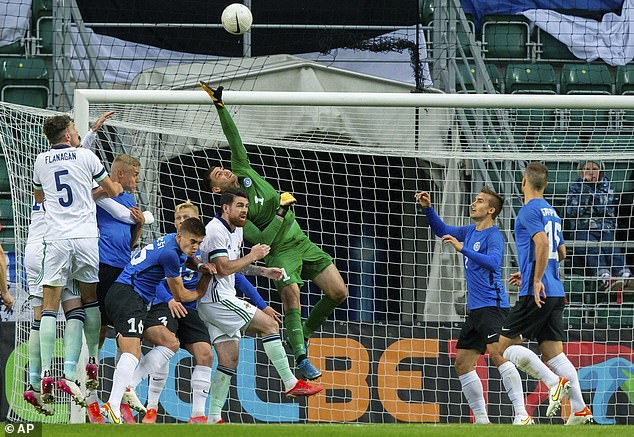 Ferguson pushed his luck by going close with another effort from range before the end, and Markus Poom fired narrowly over for Estonia in added time.

‘Winning games makes you feel a lot better as a group,’ said Baraclough. ‘You go out there feeling you’re on a bit of a roll.

‘Our objective was to put three wins on the board in this window, and we’ve put ourselves in contention. Hopefully we can give the fans a night to remember.’