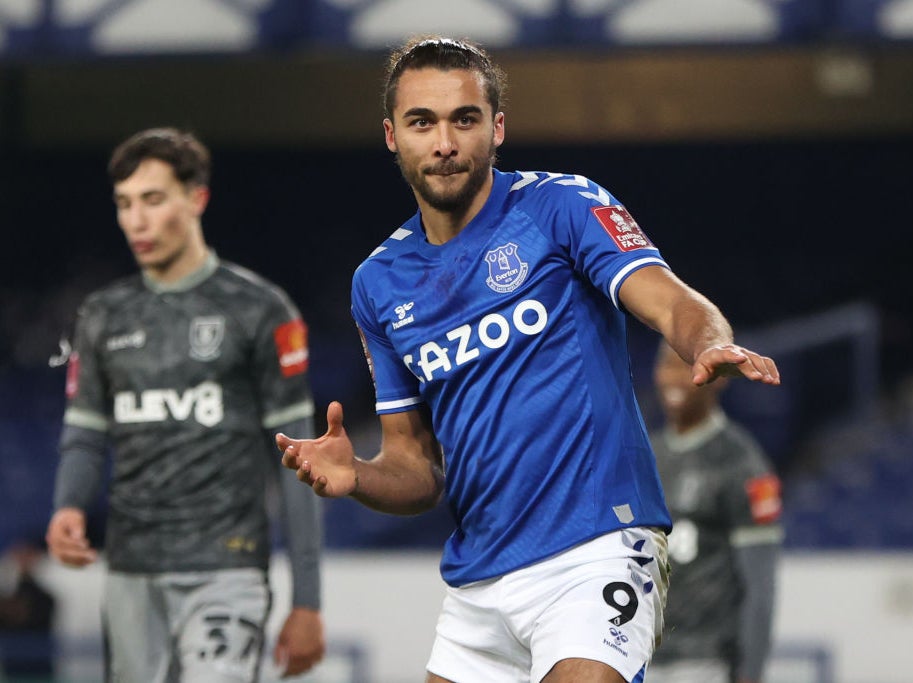 If that continues, Calvert-Lewin – out since New Year’s Day because of a hamstring injury but who actually only missed two matches due to a Covid postponement against Aston Villa – will certainly benefit more.

Wednesday midfielder Adam Reach, who together with captain Barry Bannan provided the visitors’ creativity, served an early warning with a shot palmed away by Robin Olsen, one of five changes made by Carlo Ancelotti.

It was the incentive the hosts needed with Richarlison having a header tipped onto the crossbar and a goal ruled out for offside after a thread-needle through-ball from Rodriguez, whose clever pass at the end of an intricate passing move saw Calvert-Lewin denied at the near post.

But the England international was sharpest when it came to reacting to Andre Gomes’ cross, sliding in at the far post to divert home his 15th goal of the season just before the half-hour mark.

Andre Green’s Wednesday debut, after being released by Villa this month, lasted 45 minutes before he was replaced by Josh Windass but the change made little difference.

Calvert-Lewin was denied again when goalkeeper Joe Wildsmith turned his shot behind but the game was wrapped up around the hour mark.

Both goals came from almost identical corners from Rodriguez, the first flicked in by Richarlison with the second powered home by Mina.

With the job done – and Leicester to come on Wednesday – Ancelotti withdrew both his senior forwards and late on handed debuts to academy graduates Tyler Onyango, 17, and Thierry Small, who at 16 years and 176 days took the record for being Everton’s youngest away from Jose Baxter, who was 15 days older when he made his bow in 2008.