Everton should hire former Wolves boss Nuno Espirito Santo, not David Moyes, as their next manager, according to Paul Merson. The Toffees are on the lookout for a new boss after Carlo Ancelotti sensationally left the club to re-join Real Madrid on Tuesday.

Everton are set to undergo a rebuild this summer following a disappointing 10th-place finish under Ancelotti in the Premier League.

The side faded in the second half of the season, with their terrible home form holding them back from pushing for a European place.

Everton announced today that Theo Walcott, Joshua King, Yannick Bolasie, Muhamed Besic and Robin Olsen have all left the club following the expiry of their contracts, meaning the club are searching for new players as well as a manager.

The club have been strongly linked with former boss David Moyes, who is yet to put pen to paper on a new contract with West Ham after leading them to sixth in the Premier League.

Moyes enjoyed a successful spell in charge at Goodison Park between 2002 and 2013, but former Arsenal midfielder Merson believes they would be better off looking elsewhere to replace Ancelotti. 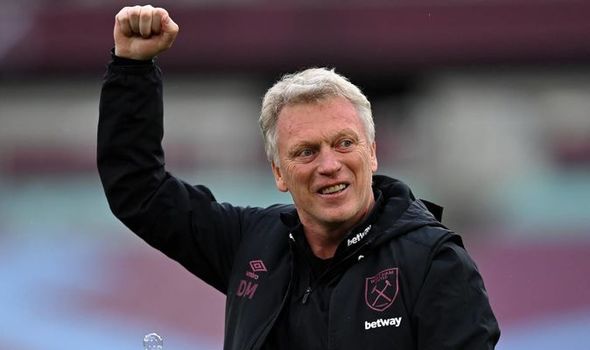 And whoever comes in, he believes Everton need to prioritise the additions of two pacey wide-men in the summer transfer window.

“Carlo Ancelotti quitting Everton did not surprise me one bit. He looked like he’d lost interest,” he wrote for the Daily Star.

“And he’s not stupid. He would have seen the last few weeks that they are miles away.

“Ancelotti wants to manage a top four club. He would have seen enough to realise that the top four is impossible for Everton right now.

“You can’t have a home record like that and expect to do anything.

“He takes some blame though. It’s his job to get a tune out of those players. But they need pace. They need two quick wingers.

“Where do they go now? David Moyes has just built a great team at West Ham. If he went back to Everton he’d have to start from scratch again.

“Surely you see the job out at West Ham don’t you? They’ve just had an unbelievable season.

“Everton should go for Nuno Espirito Santo. He’s got Premier League experience and I’ve always thought he could manage a big club.”

Nuno is available after stepping down as Wolves manager at the end of the 2020/21 season.

The Portuguese manager spent four years with the West Midlands club, leading them to the Championship title in 2018 before securing consecutive seventh-place finishes in the following two seasons.

He left Wolves after a lacklustre 13th place but is currently the big favourite to land the Everton job, ahead of Moyes, Eddie Howe, Rafa Benitez and Duncan Ferguson.