Marko Arnautovic has apologised and denied being a racist following his involvement in a heated incident during Austria’s 3-1 win over North Macedonia on Sunday night. Arnautovic came off the bench to score Austria’s final goal in their opening Euro 2020 match and the strike turned into a flash point in Bucharest.

The former West Ham forward, who now plays for Chinese Super League side Shanghai Port, rounded the goalkeeper and scored into an empty net to make it 3-1 in the 89th minute.

After putting the ball in the net he reacted angrily, turning to the North Macedonian players and screaming in their direction.

He was dragged away by his Austria team-mates, who tried to calm the 32-year-old down.

There were suggestions on social media post-match that racist language was used by Arnautovic, who has now taken to Instagram to address those claims. 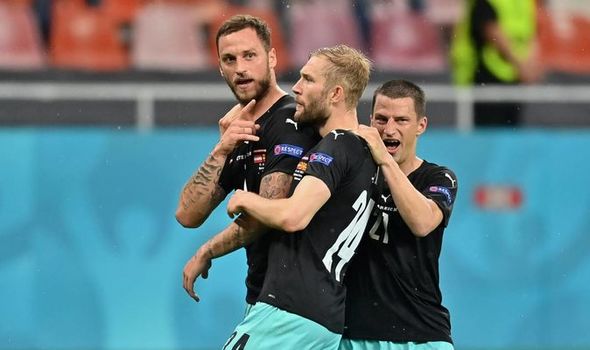 “There were some heated words yesterday in the emotions of the game for which I would like to APOLOGIZE — especially to my friends from North Macedonia and Albania,” he wrote.

“I would like to say one thing very clearly: I AM NOT A RACIST!

“I have friends in almost every country and I stand for diversity. Everyone who knows me is aware of that.”