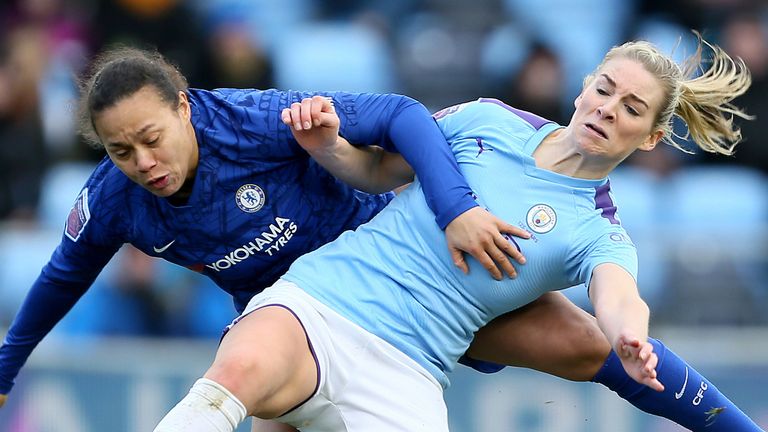 The FA says it is consulting Women’s Super League (WSL) clubs about the possible termination of the 2019/20 season.

English football’s governing body says there are “significant challenges” in completing the WSL and Women’s Championship seasons and Sky Sports News reported on Friday the WSL is set to be curtailed following talks between the league organisers and the league’s board.

The WSL, along with the men’s Premier League and the EFL, were suspended indefinitely in early April in response to the coronavirus pandemic.

The FA said in a statement: “Following an assessment of the protocols required to return to football and feedback from clubs, which is crucial to any decision-making process, it is clear that there will be significant challenges in completing the 2019-20 season.

“We’re continuing to consult with the clubs on the possibility of terminating the 2019-20 season and, in the event it is decided that this appears to be the only realistic way forward, to seek views on the most appropriate sporting outcome for the season.

“This includes identifying entries for the 2020-21 UEFA Women’s Champions League, which would be based on sporting merit from the 2019-20 Barclays FA Women’s Super League season.”

The financial costs of a resumption are seen as prohibitive by the WSL, who foresee a number of logistical problems with ensuring safe and socially-distanced training and matchday practices.