The FA and EFL will be kept in the dark over the success of the Covid test events staged at Wembley until the end of next month.

The FA Cup semi-final between Leicester and Southampton and the Carabao Cup final are two of seven events across the sport and entertainment industry being used by the Government to assess the feasibility of large gatherings, in a pilot that will conclude with the FA Cup final on May 15.

There are no plans for any of the data collected to be shared with governing bodies until it has all been given to the Government at the end of May. 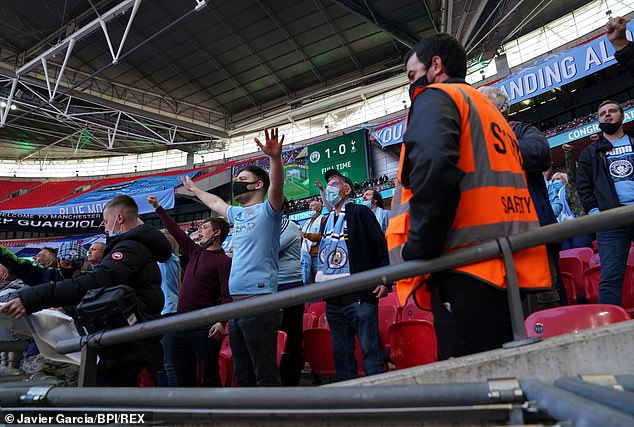 But the FA are particularly anxious to gain an insight into how the trials are progressing, as their success will be crucial to their plans for Euro 2020.

The governing body have committed to opening Wembley at 25 per cent capacity for England’s three group matches against Croatia, Scotland and the Czech Republic, and want to move to between 50 per cent and 100 per cent for the knockout games at the stadium, which include a last-16 tie, both semi-finals and the final.

UEFA have given the FA a deadline of June 2 to finalise their plans for the knockout stage.