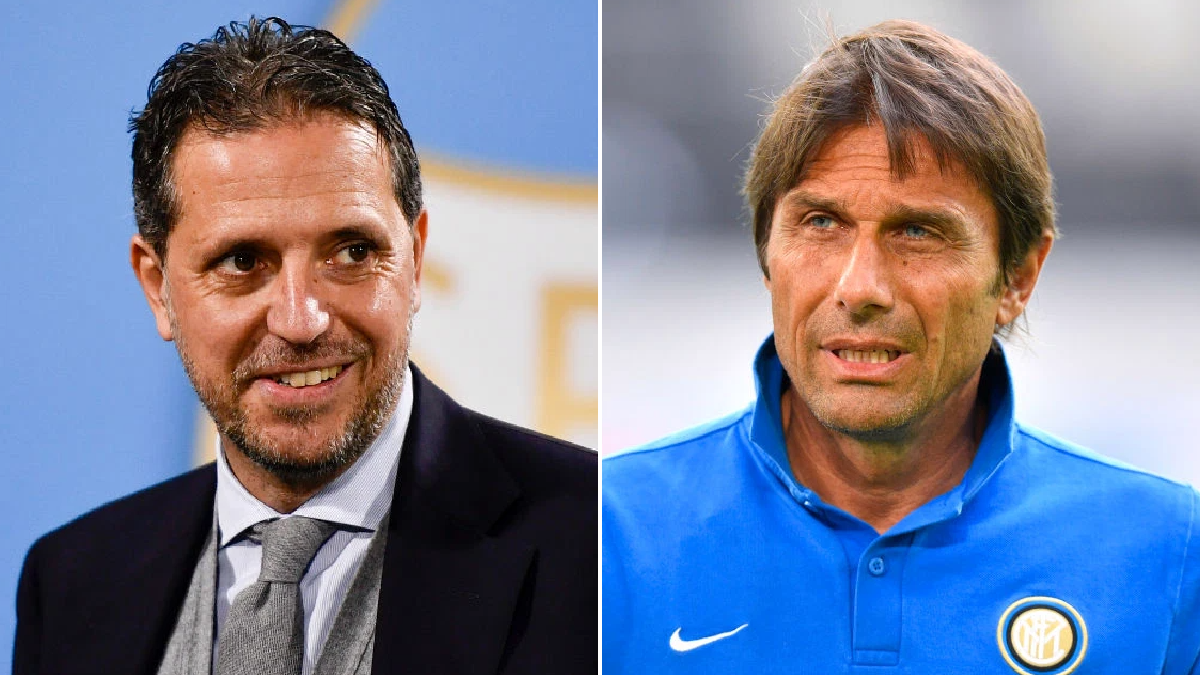 Departing Juventus chief Fabio Paratici has left the door open to a move to Tottenham, though Antonio Conte reportedly still has a number of doubts about moving to north London.

Spurs parted ways with Jose Mourinho in mid-April and are yet to announce a new manager, though there was growing confidence around the club that they had managed to secure serial title-winner Conte’s services.

Director of football Paratici, who worked alongside Conte at Juventus, is also rumoured to be on his way to Spurs and he did not rule out an immediate move to Tottenham when questioned at his farewell press conference on Friday.

Asked specifically about the Spurs job, Paratici replied: ‘I don’t think this is the right time to talk about other clubs. It’s my Juventus farewell today.

‘My family hopes that I will find a job quickly though!’

He added: ‘I am extremely proud of what I’ve done and achieved at Juventus. Working at Juventus means becoming a better professional and a better person.

‘I will go to another club. I hope I will share the same passion as I did here.’

Although the latter years of Paratici’s time at Juve turned sour after several failed big-money transfers, he helped build the squads that dominated Serie A starting with Conte’s revival of the club in the 2011/12 season.

That year Paratici managed to sign Andrea Pirlo on a free transfer and picked up Arturo Vidal for around £8.5million, having recruited Leonardo Bonucci and Andrea Barzagli a year earlier.

Conte and Paratici are believed to be on good terms and would welcome the chance to work together again, though The Times report that Conte still needs convincing to accept the Spurs job and has several concerns.

The Italian coach is conscious of the massive rebuild job he would need to oversee at Tottenham and is not convinced he will be given the necessary funds to compete with the rest of the Premier League’s top clubs.

He is also concerned by Harry Kane’s desire to leave north London and will not accept the job unless the England international’s future at the club is assured.

Wages are not an issue, with Spurs ready to make Conte one of the highest-paid managers in the country, but he will mull over the offer over the weekend and could still demand a bigger transfer budget to bring in the signings he feels are needed.