Wolves star Traore made his Spain debut as a substitute in the goalless draw against Portugal this week, while Barcelona prospect Fati was also on the bench but didn’t get onto the pitch.

Enrique feels that the two players, who both possess impressive speed and technique, are capable of working well together. 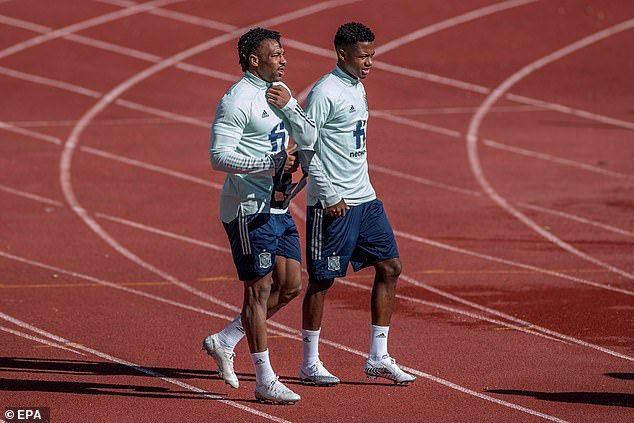 Enrique told AS:  ‘Of course they can play together, just like everyone in this squad,’

‘The problem is that I can only play 11 players at one time.

‘I have no incompatible players in this squad, and Ansu and Adama can definitely play together.’

Traore’s versatility – he can play as a wing-back, a winger or up front – makes him a useful option for Enrique. 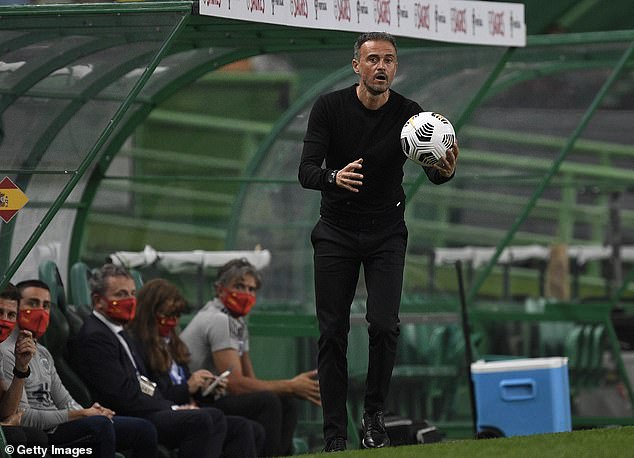 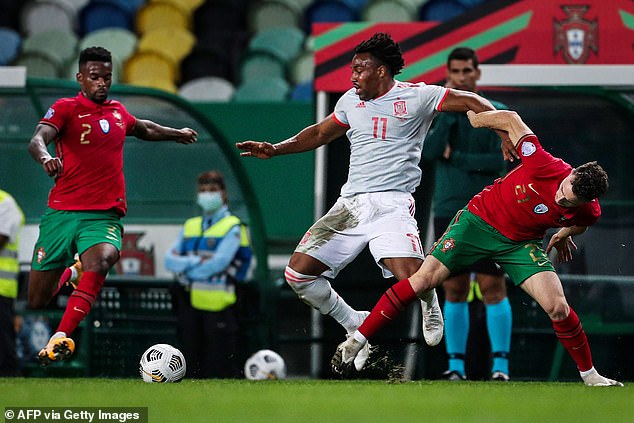 Fati, meanwhile, looks set for a very bright future on the international stage.

Last month he found the net against Ukraine on his first start for Spain, becoming his country’s youngest ever goalscorer aged 17 years and 311 days.

Like Fati, Traore developed at Barcelona’s renowned La Masia academy, although it has taken him rather longer to get international recognition.

Spain, who have an array of other attacking options at their disposal including Rodrigo, Gerard and Ferran Torres, are back in Nations League action on Saturday when they host Switzerland. Following that Spain will face Ukraine away on Tuesday.