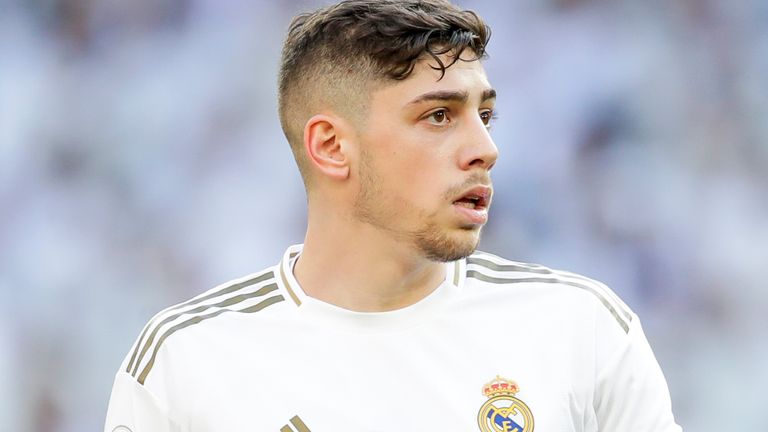 Real Madrid midfielder Federico Valverde has been linked with Manchester United – but reportedly has an eye-watering £448m release clause.

According to Spanish outlet Sport, Real Madrid have branded any deal for Valverde ‘impossible’ and have put an almost unreachable sum into the 21-year-old’s contract.

But just who is the man commanding this astronomical fee? 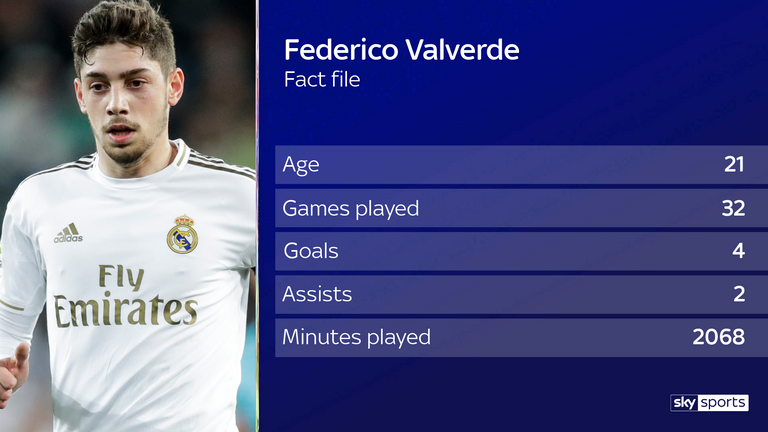 Born in Uruguay, he spent much of his youth career with Penarol in his home town of Montevideo – also the birthplace of Diego Forlan – and just after his 18th birthday, joined Real Madrid in July 2016. At the time, Marca reported that Barcelona, Arsenal, Manchester United and Chelsea had all been interested in the talented teen.

He initially played with the B team and impressed manager Santiago Solari, making 30 appearances with three goals in his first season before being loaned to Deportivo La Coruna for the 2017/18 campaign. He made 24 league appearances but could not help the side from relegation.

During Real Madrid’s pre-season in the summer of 2018, Valverde caught the eye of Julen Lopetegui and was promoted to the first team. He made 25 appearances in all competitions under three different managers, including his former youth coach Solari and current manager Zinedine Zidane. 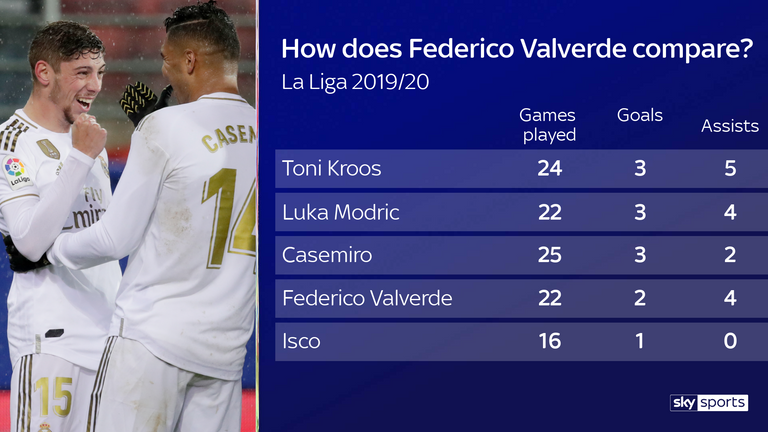 He has carried that into the current season too, with 32 appearances in all competitions so far. He has two goals and four assists, all of which have come in La Liga, and is not far behind his illustrious midfield team-mates in those stakes. Toni Kroos, Luka Modric and Casemiro have all scored one more goal, but Valverde has more assists than the latter and the same number as Modric.

Internationally, the 21-year-old already has 20 senior caps for Uruguay and two goals. At youth level, he was awarded the Silver Ball award at the U20 World Cup in 2017, coming in second behind England’s Dominic Solanke with Uruguay finishing fourth overall. This may be where you recognise the name already. Valverde was the man who was sent off for a last-ditch tackle on Alvaro Morata during the Supercopa de Espana final in January – which just so happened to be a Madrid derby in Saudi Arabia.

The score was drawn at 0-0 and the tight game was heading into the final five minutes of extra time. As the Atletico Madrid striker strode towards goal, the Uruguayan launched into a tackle as the last man, chopping Morata down and getting himself sent off.

But in a twist in the tale, the game went all the way to penalties with neither side able to score in regular time, with Real Madrid winning 4-1 on spot-kicks. And who was named man of the match? The red-carded Valverde. 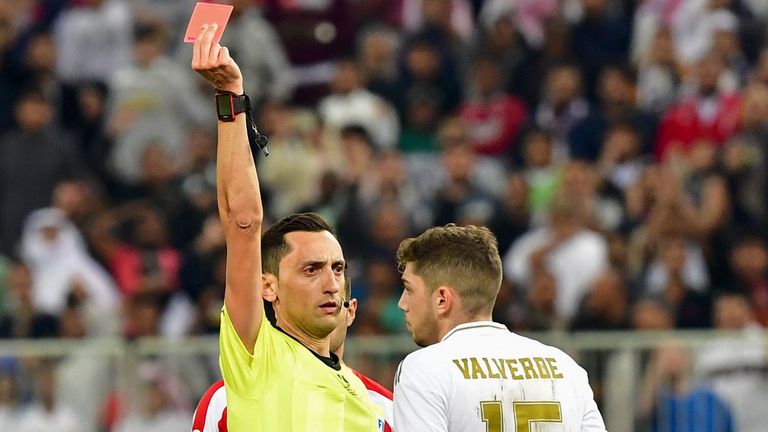 Fans flooded onto social media to praise the 21-year-old for his actions, keeping the scores level and ultimately putting Real on course for victory, despite not making it to the end of the game. It must also be noted he had played superbly well for 115 minutes – his cynical challenge was not the only reason for the accolade.

Even opposing manager and fellow midfielder Diego Simeone forgave Valverde, saying: “The award for the best player had to do with that piece of play. Valverde won the final. It was the most important piece of play. It was probably going to be a goal. I told him that he did what he had to do at that moment.”

Valverde was less pleased with himself, adding: “I apologise to Alvaro Morata. I know it’s not good what I did, but I didn’t have any other option.”

The next Steven Gerrard or Paul Pogba? 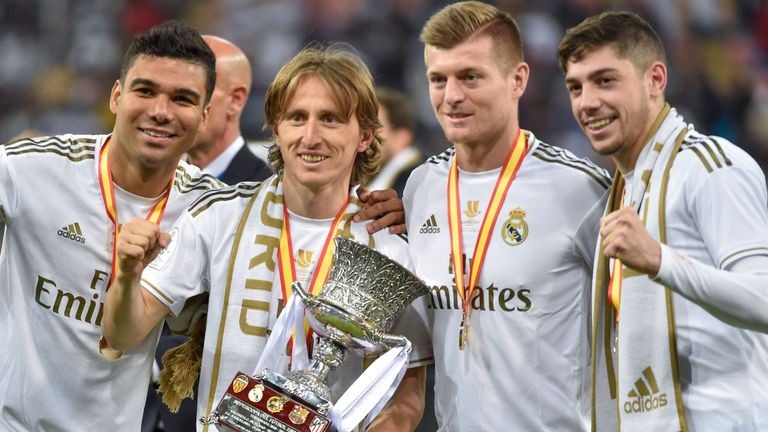 Valverde has been described as a box-to-box midfielder and an all-around talent, making Real Madrid more direct in attack but also putting in the defensive work too. He is often found making vital interceptions and tackles to set up the counter-press, which with the talent in the Real ranks makes them incredibly dangerous.

He has drawn comparisons to Steven Gerrard – a player Zidane once considered the best in the world – and has incredible speed and stamina. He is also a lot younger than many of Real Madrid’s midfielders – Kroos and Modric are in their 30s – and he could be a long-term successor to the latter, hence the huge reported release clause. 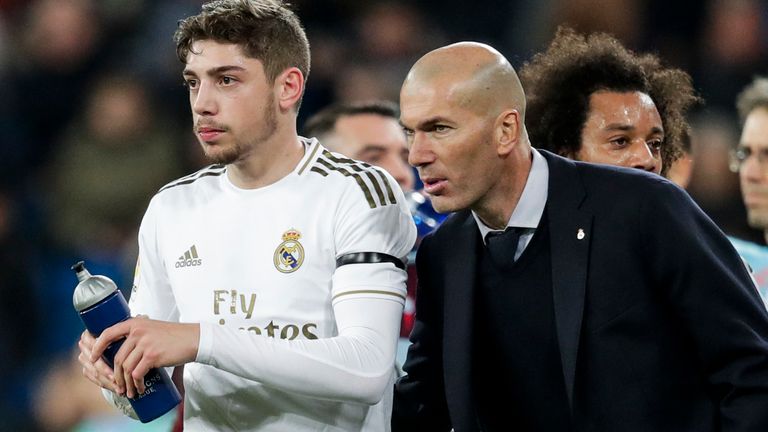 He is the perfect player for the modern game, with Zidane saying in October: “Fede is a modern player, with a fantastic engine. Not only in attack, because he puts in just as much work in defence too. That’s important in today’s football. I’m delighted for him, he’s getting game time and he deserves it.”