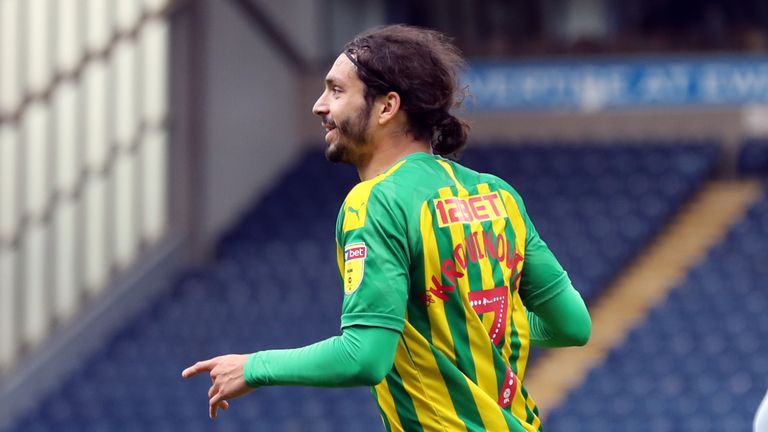 West Brom are closing in on a deal for Benfica’s Filip Krovinovic, which would see him spend next season on loan at The Hawthorns, with an option to buy him after that.

The Croatian midfielder played 43 times while on loan under Slaven Bilic last season, and West Brom’s manager is keen for his countryman to join him again.

“Krovinovic is a priority,” Bilic told Croatian media earlier this month. “I will do everything for him to stay.

“He has improved a lot, he can play in several positions and whether he is the holder of the game or sitting on the bench he is always smiling.”

The clubs remain in talks about the 24-year-old’s return to The Hawthorns. The midfielder scored three goals as Albion finished second in the Championship, ten points behind champions Leeds.

Albion have made Matheus Pereira’s loan move from Sporting Lisbon permanent this summer and are reportedly close to signing Wigan defender Cedric Kipre.

Albion kick off their Premier League campaign at home to Leicester on September 13.

Watford, who were relegated to the Championship a month ago, are not actively looking to sell their club captain but will hold talks with him and his representatives next week.

The 32-year-old admitted he was unsure about his future and raised the possibility he could leave Vicarage Road after his side’s defeat to Arsenal on the final day of the season.