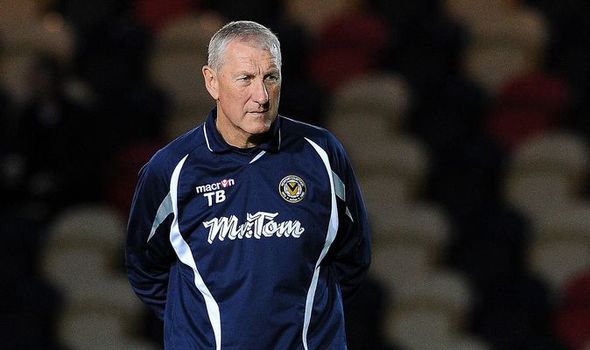 The defender, who famously suffered a head wound against Sweden in 1989 and left the field with his shirt soaked in blood, believes the game must change. Recent research claims ex-footballers are three-and-a-half times more likely to die of dementia than the general public.

“I don’t think people actually realise there’s something in football that can be catastrophic for players in the future. It would rule out the trauma of heading a football particularly at pace. Injuries you all recover from generally. But you’ll never recover from a real huge and heavy brain trauma.”

The Football Association recently recommended a maximum of “10 higher-force headers” in any training week to protect player welfare. The practice has been banned in under-11s sessions and is restricted among other age groups.

Discussing how heading was a huge part of the game in his day, Butcher explained: “The doctor had to get the stitches in and get you back on the pitch. People obviously just saw the games, they didn’t see the training. Heading was an integral part of the training session.”

Butcher backs calls from the family of 1966 World Cup winner Nobby Stiles who last year said football needed to “address the scandal” of dementia in the sport.

When Stiles died in October last year aged 78 he was the fifth member of England’s 1966 World Cup-winning team to have been diagnosed with dementia. His son John said he had “no doubt” that heading had led to his father’s death.

In 2014, a re-examination of West Bromwich Albion legend Jeff Astle’s brain revealed his death in 2002 was caused by a condition normally linked to boxers.

Butcher added: “We’ve seen pictures of footballers of past generations with dementia and Alzheimer’s. It breaks your heart.”

The FA said it had “helped to lead the way in ground-breaking research” in brain injury trauma of footballers. It said: “We have made changes to the way the game is played. This includes issuing heading guidance across every level of the English football pyramid. We are also supporting the trial of concussion substitutes across the FA Cup, FA Women’s Super League and FAWomen’s Championship.”