The Royle family revisited! Former Oldham boss Joe Royle recalls his remarkable journey with the club in the 1980s and 90s… which saw them propelled from a backwater club to the nation’s favourite second team

It is 1982 and one of the most famous footballers in England is standing at the side of the M62 with his thumb out for a lift.

Joe Royle is meant to be at Boundary Park for an interview, but with each passing minute he believes his chances of landing the Oldham job, like his stricken car behind him, are up in smoke.

The role, which would be his first in management since a knee injury cruelly ended his playing career, is much needed. This is a time well before the lavish riches of the Premier League. Royle is 33. He has a wife and three sons to support and a mortgage to pay. 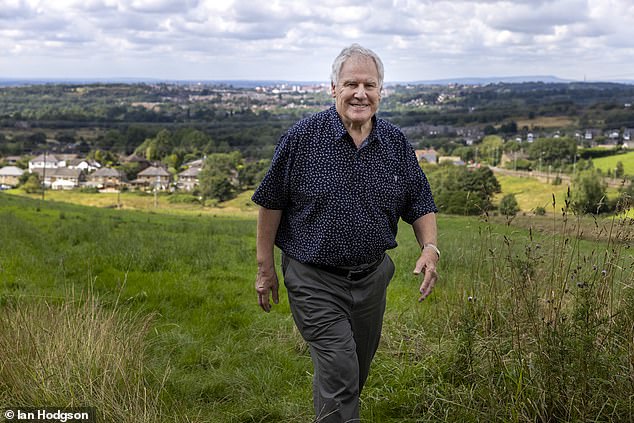 ‘And a Labrador!’ he adds when we meet back in the town close to 40 years later. ‘Quite honestly, I needed to work. I’d had a couple of offers to go and sell in insurance but I wanted to stay in the game.’

What happened next was one of football’s great untold stories, until now. Earlier this week, This Is How It Feels: An English Football Miracle, was released. Over 317, warts-and-all pages, it goes back to that hard shoulder, and tracks the incredible nine years that followed.

By the time Neil Redfearn’s stoppage-time penalty on the last game of the 1990-91 season clinched the Second Division title, little Oldham had been propelled from a backwater club, existing on tiny gates, to the nation’s favourite second team.

In a scarcely believable 1989-90 champions Arsenal (3-1), League leaders Aston Villa (3-0), Southampton (2-0), Everton (2-1 after two replays) and West Ham (6-0 in a semi-final first leg) had been blasted away on a plastic pitch that morphed into a killing field as a suddenly rampant Latics reached Wembley for the first time in their history in the League Cup and took on Manchester United in an epic FA Cup semi-final they would cruelly lose in controversial circumstances following a brutal replay.

‘They were the best team we played all season,’ a shattered Sir Alex Ferguson said.

Heartbreak would follow under the twin towers when, devoid of energy at the conclusion of a momentous 65-game season, Oldham narrowly fell to Brian Clough’s Nottingham Forest and failed to make the play-offs in the League. But the next year, despite the loss of some top players, promotion to the top flight was sealed.

How Royle managed it all was a work of art, and of car sales.

‘I never played golf,’ he recalls. ‘So when the rest of the lads were out on the course, I was at the auctions. At the peak of my career (29 goals in a First Division season for Everton along with England appearances) I was earning more from going to the auctions, buying a car, sprucing it up and selling it again.’ 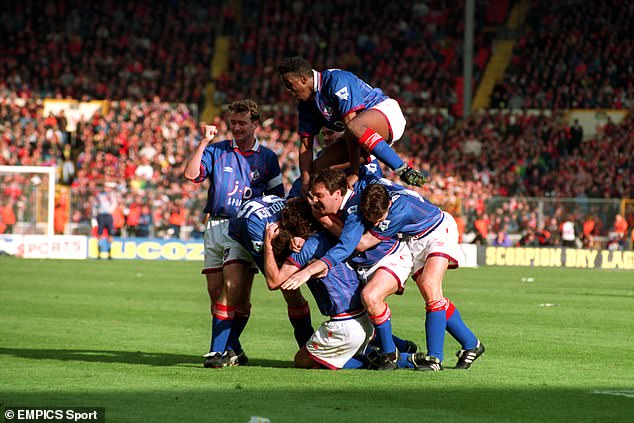 Oldham took on Manchester United in an epic FA Cup semi-final they would cruelly lose in controversial circumstances following a brutal replay. 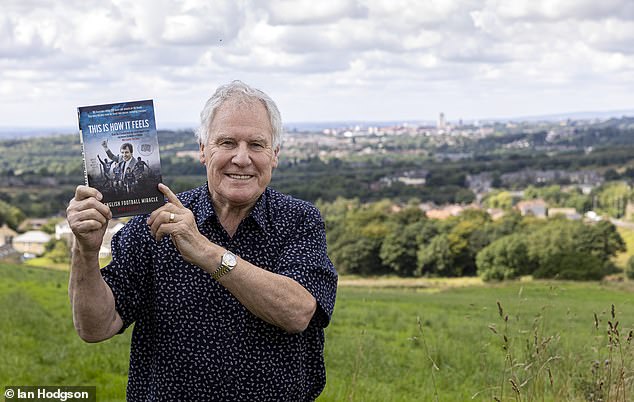 This Is How It Feels: An English Football Miracle – tracks the incredible story of Royale’s tenure 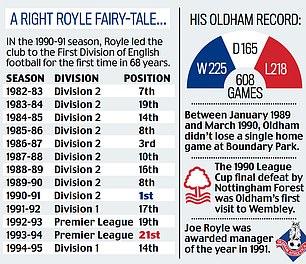 The book tells of how Royle’s salvation on that fateful first day arrived in the shape of a Liverpudlian lorry driver, who took him the rest of the way. Once at the ground, which he would later christen ‘Ice Station Zebra’ thanks to its Pennine foothill microclimate, he was given a warm welcome and told the job was his. ‘And that I’d have to sell a player right away or else we’d go under,’ he adds.

That afternoon, he spotted two strangers in his office. He went over to meet them, presuming they were board members he had not met yet. In fact they were bailiffs — eyeing up the furniture in return for an unpaid bill.

Royle soon found an ally in board member Ian Stott, who would go on to become the chairman.

‘He’d heard about my car and told me he had a Jag agency and had an engine I could have that was sitting around on the floor. I couldn’t believe my luck. He later gave me the bill — it would have cost me less to buy a new one! But that was the start of a wonderful engagement. We were best of pals.’

Stott was the one who would listen when Royle, going back to his car days, told him he had found another ‘doer-upper’ and wanted permission to make an approach. ‘I’d give him the six magic words,’ he explains. “We’ll make money on this one” and we almost always did.’

Royle unearthed gems on the other side of the Pennines. Andy Linighan, Denis Irwin, Tommy Wright and Andy Ritchie all arrived for either nothing or tiny fees from Leeds United. Then Howard Wilkinson took over from Billy Bremner and the mine was closed.

‘I called Howard not long after he got the job and asked about David Batty, who was a talented kid who kept getting sent off in their reserves at the time. He told me “250,000”. I started laughing and told him he hadn’t even played for the first team yet. Howard, a great guy, told me that when he told his directors I was on the phone they went out of the nearest window! We had a giggle but there were no more deals to be done at Leeds.’

Earl Barrett and Paul Warhurst arrived from Manchester City, who later tried to make Royle their manager. In a move which, in 2021, is scarcely believable, Royle said no to them.

‘When I went to leave the meeting, (then City chairman) Peter Swales stopped me,’ Royle says, smiling. ‘He said, “Is there anyone else in our reserves you think will make it?”. I had to laugh. They were sick of us nicking their best young players for nothing.’ 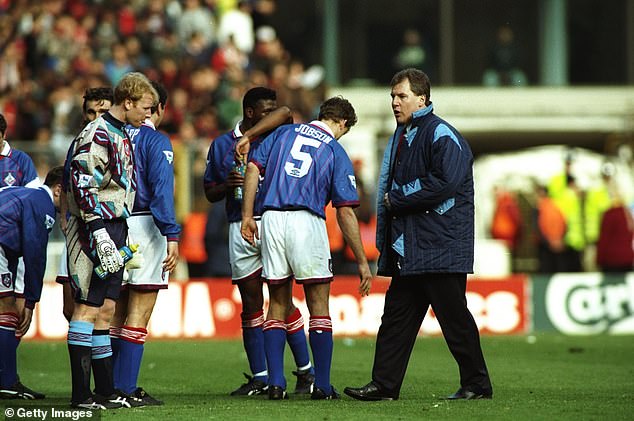 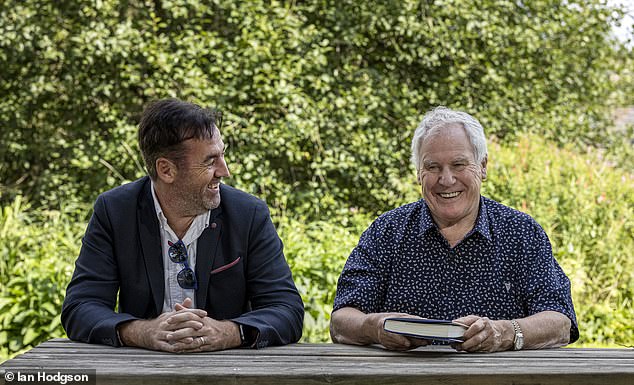 The book, put together with the aid of Royle, his staff and squad, also takes readers inside the infamous Tuesday Club, when the players would let their hair down ahead of their day off. There are tales of launched Molotov cocktails, threatened knee-cappings and an end-of-season trip to Majorca which saw most of the squad in prison before they had been on the island for 24 hours.

‘They weren’t Wimbledon,’ Royle remembers. ‘And I always knew where they were on Saturdays, but they liked to work hard and play hard. As long as they didn’t cross the line, that was fine by me.’ Oldham are in a very different place now. Earlier this month, fans invaded the pitch to protest against an unpopular owner with the club sitting second bottom of the Football League. Fears that they will become the next Bury are growing at a rapid rate. It is all a long way from Royle’s reign.

‘I remember going to an end-of-season Manager of the Year do in London, black tie,’ he says, before we depart. ‘I knew I hadn’t won, but then the big screen started showing clips of our cup runs.

‘Brian Moore, who had commentated on some of our games, talked of the “team that warmed the whole country throughout the winter months”. That was us, and I had a lump in my throat. I’ve often thought, if you put a plug into Oldham back then, you could have lit up the whole country.’ 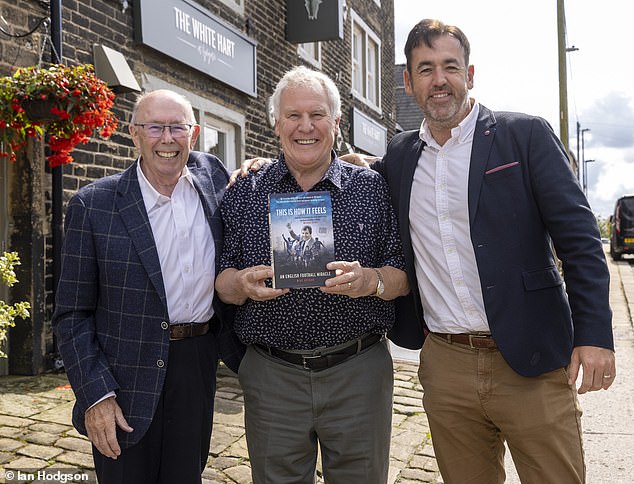