Manchester United are a mess but that mess is through to the fourth round of the FA Cup. Aston Villa should really be the ones progressing to play Middlesbrough on the balance of play at Old Trafford last night, as Steven Gerrard’s side continue to quietly impress and gradually improve under a newly-appointed manager who is having a tangible, positive effect on his players. The same cannot yet be said of United and Ralf Rangnick.

But courtesy of Scott McTominay’s early header, United march on and Rangnick picked up a valuable win after a week in which his interim spell in charge has threatened to unravel. Ole Gunnar Solskjaer’s temporary successor is still moulding this big, bloated squad into his image; still waiting for a statement performance, and on this evidence, there is still a long way to go too, but at least he has a little more breathing room.

A response was needed after last week’s defeat to Wolverhampton Wanderers. Villa will leave feeling that they played just as well as their neighbours in the west Midlands, only with nothing to show for their efforts. From the moment they went behind to McTominay’s header to the final whistle, they were the better side and fed off a febrile atmosphere, which was only heightened by Gerrard’s presence in the away dugout. Yet for all their opportunities and contentiously disallowed Danny Ings equaliser, they were eliminated.

Gerrard received the welcome you might expect at Old Trafford and, in fairness, gave as good as he got, turning to face the Stretford End while making his way to the dugout against a chorus of jeers. Once the booing stopped, the songs started and United supporters had just about made their way through the whole hymn sheet when McTominay took the volume up another notch.

McTominay’s partnership with Fred has not been without its critics over the past few years but here, United’s much-maligned but most viable midfield pairing combined to open the scoring. Fred’s left-footed cross from the inside-right channel was difficult to defend. Of all those in a crowded penalty area, only McTominay anticipated it correctly, rising to flick a header down and beyond a diving Emi Martinez. 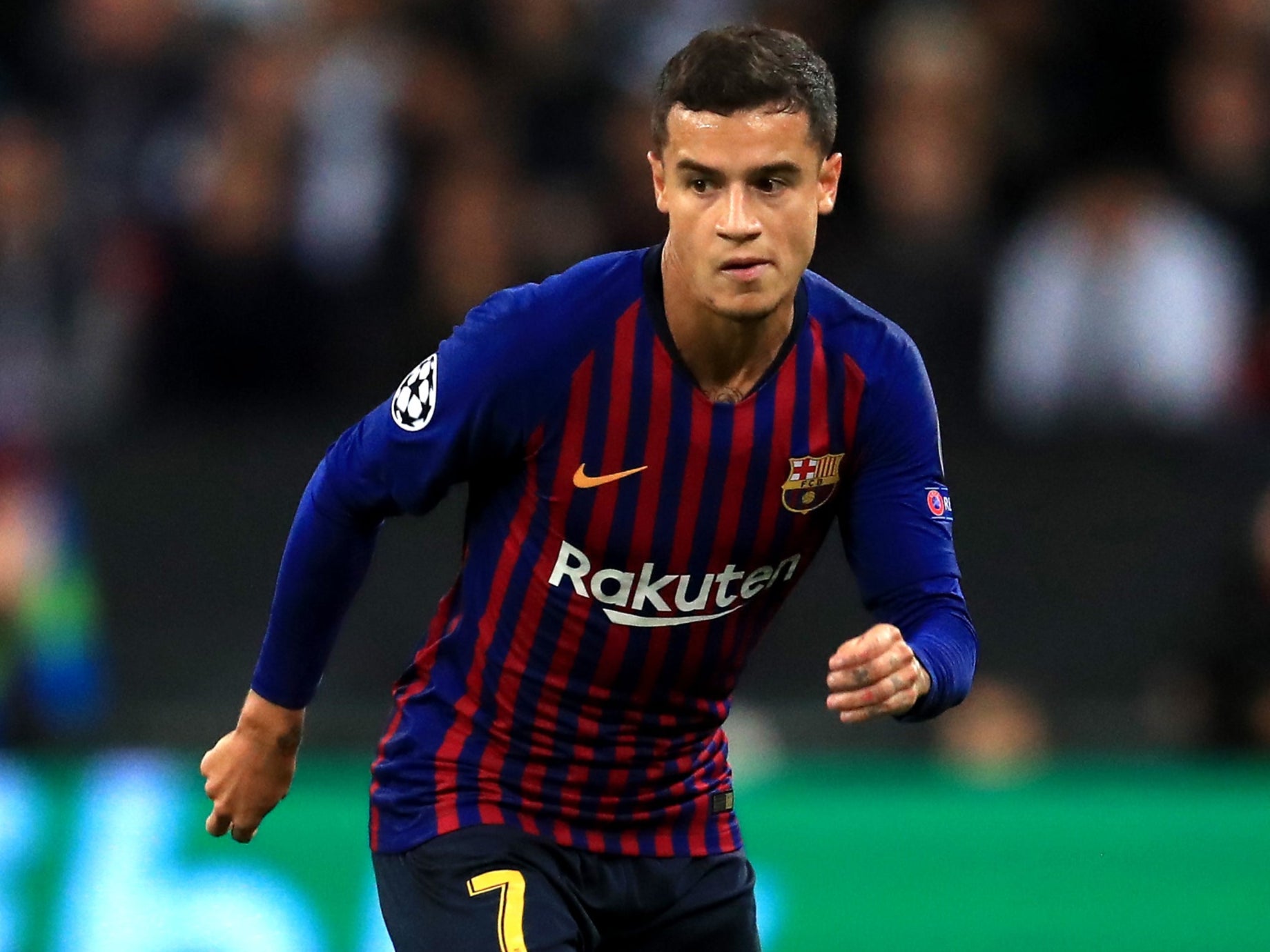 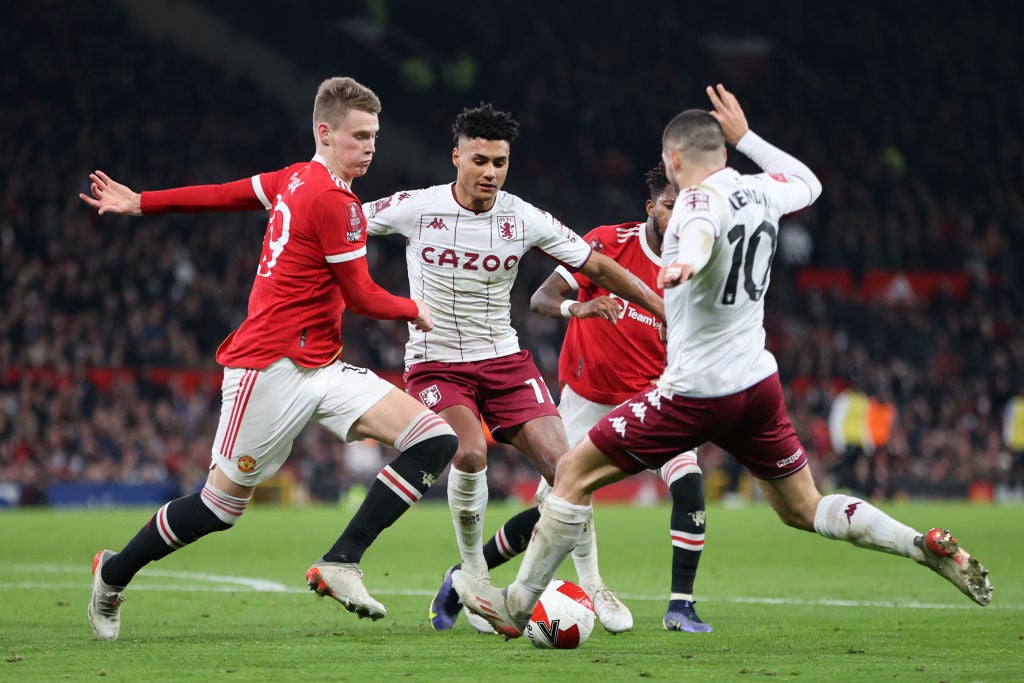 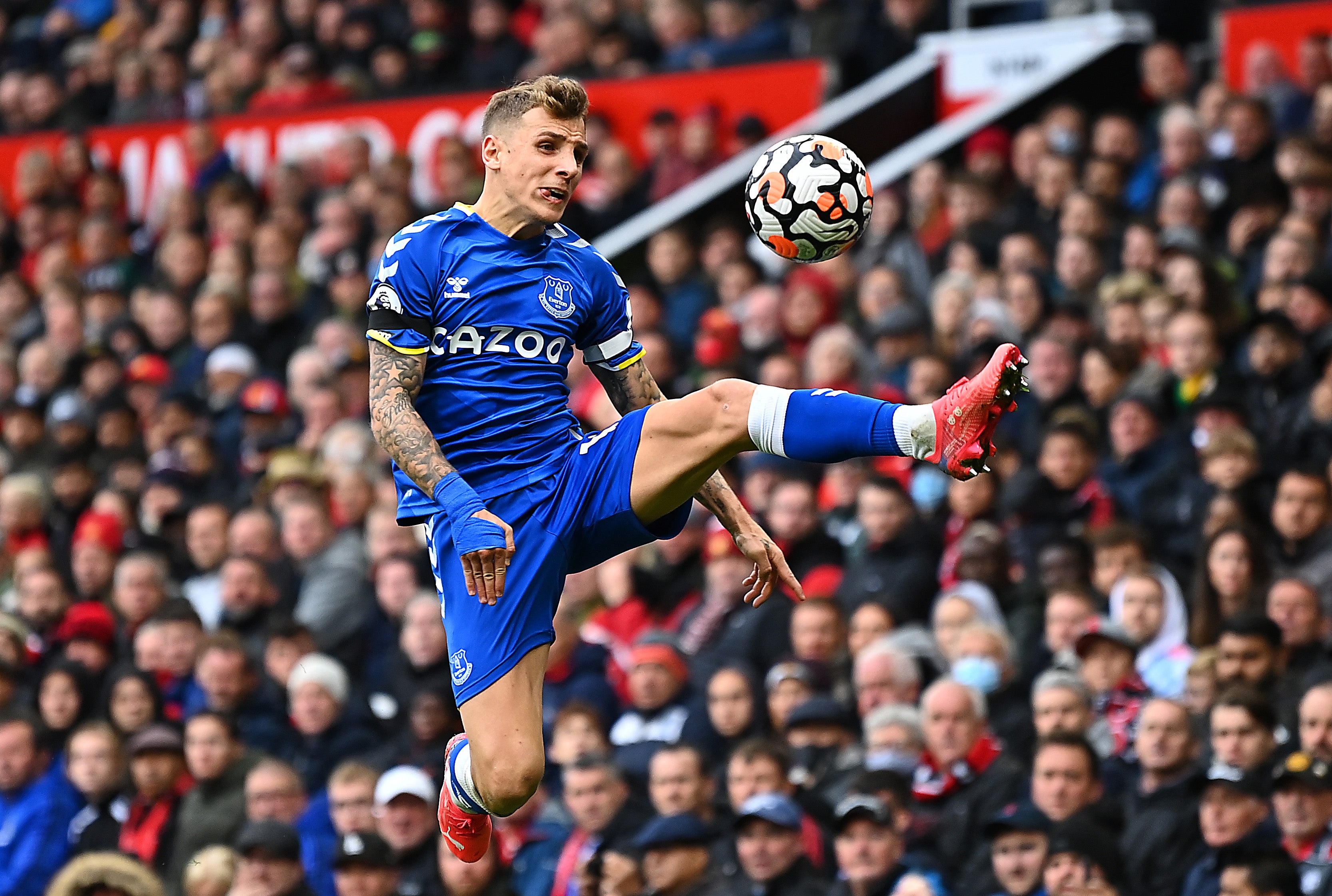 United had lined up in 4-2-3-1 shape rather than Rangnick’s usual 4-2-2-2 and, even without Cristiano Ronaldo in the matchday squad due to a “minor muscular problem”, they were good value for their early lead, looking much more fluent going forward. Yet at the other end, issues persisted, and though Villa went in behind at the break they were the better side for the remainder of the half, creating several presentable chances to equalise.

Ollie Watkins spurned the first from only a few yards out, though knew little about Victor Lindelof’s failed attempt to clear a corner until it hit him in the midriff and bounced wide. The United defender, making his first appearance since a mid-game heart scare last month, would later miscontrol a dropping ball and allow Watkins in one-on-one. The Villa striker’s attempt crashed back down off the crossbar and clear.

United went close themselves, with a loose Douglas Luiz pass setting up an Edinson Cavani chance and Luke Shaw forcing Martinez into action from range, though generally, the longer the half went on, the more fortunate they were to be ahead, the more aggrieved Villa were to be behind. That pattern did not change at the start of the second, when Gerrard’s visitors thought they had their equaliser.

When John McGinn hung a free-kick up at the far post, Ezri Konsa sent his header back and Danny Ings pushed through a mass of bodies to stab in. It looked like a good goal, albeit a poor one for United to concede, but a lengthy VAR review followed. When referee Michael Oliver made his way over to his monitor, it was fait accompli. The goal would be disallowed, though it was not immediately clear what for.

Old Trafford’s PA system said the check was for offside but replays investigating whether Watkins had nicked the ball or interfered with play before Ings tapped in were inconclusive. The other possible infraction was a block on Cavani by Jacob Ramsey, who was stood in an offside position when McGinn played the free-kick. If so, it was a contentious decision at best, and something regularly seen on set-plays and usually unpunished. Either way, the thousands in attendance were none the wiser as to the reasoning.

Villa continued to press for an equaliser, knowing they could not come much closer to finding one. Watkins had the ball in the back of the net once more, only for the offside flag to be raised much earlier and with greater conviction this time. The Villa striker then sent another low, drilled shot a few inches wide of David de Gea’s far post minutes later. This was one-way traffic and only getting worse for United, who were not even offering the intermittent threat that they had shown in the first half.

They would survive, though. Villa’s momentum ebbed, more through their own fatigue than anything United were doing to stop them. Rangnick’s side muddled through, stumbled over the finish line and, by reaching the next round, still have a realistic shot at silverware this season, but there will need to be a great deal of improvement if his interim spell is going to be remembered as a success.