Spain and Portugal played out an entertaining 0-0 draw on Friday as both sides continue their preparations for this month’s European Championship.

Ahead of the game, it was announced that both nations will make a joint bid to host the 2030 World Cup.

A symbolic ceremony was held ahead of kick-off at Madrid’s Metropolitano Stadium, with Spain’s King Felipe VI and Portugal president Marcelo Rebelo de Sousa present and an agreement to support the bid was signed by the prime ministers of the respective countries.

Both sides wore T-shirts bearing ‘Vamos 2030’ before the friendly, which marked the centenary of Portugal’s first international against Spain. 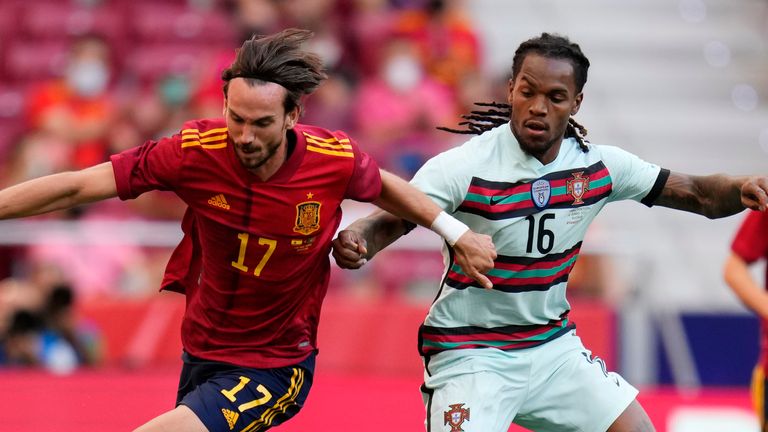 “The governments of Spain and Portugal wish to express their desire and commitment to host the 2030 World Cup,” the agreement said.

In the first international game with fans in attendance in Spain since the onset of the COVID-19 pandemic, the 15,000 in attendance thought they had seen Spain fall behind when Jose Fonte’s looping header beat Unai Simon after 23 minutes, but his effort was ruled out for a foul on Pau Torres.

A nervy Simon then saw a clearance charged down by Cristiano Ronaldo, but the ball ricocheted straight back to the Athletic Bilbao stopper. After struggling early on, the hosts were much better after the restart, with Alvaro Morata and Pablo Sarabia both missing chances.

Portugal were indebted to keeper Rui Patricio, who denied Ferran Torres from close range with two minutes remaining, before Morata hit the bar in stoppage time as Luis Enrique’s side pushed for a late winner to no avail.

Spain face Lithuania in their final warm-up fixture on Tuesday before the Euros kick off next Friday. Portugal host Israel on Wednesday before they start the defence of their Euro title.