From the embarrassing Suarez shirts to £77 Anfield tickets… being shamed into a u-turn over furloughing is just the latest gaffe from Liverpool’s owners FSG (and their Boston Red Sox are no better!)

Approach the Anfield Road entrance at Liverpool Football Club and there, above you, inscribed in gold on the gates, read the words: ‘You’ll Never Walk Alone’.

It has become more than just the title of their anthem, sung before every home match… it is the lifeblood of the club, and something that the hierarchy regularly use to their advantage. This isn’t just a football club, this is Liverpool.

Except actions speak louder than words, and the club’s owners Fenway Sports Group appeared more than willing to let their non-playing staff walk alone this week when they made the decision to furlough them and therefore reduce their wage packets by 20 per cent amid the ongoing coronavirus crisis. 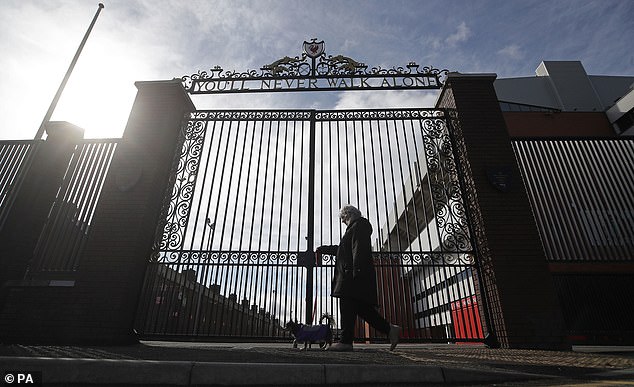 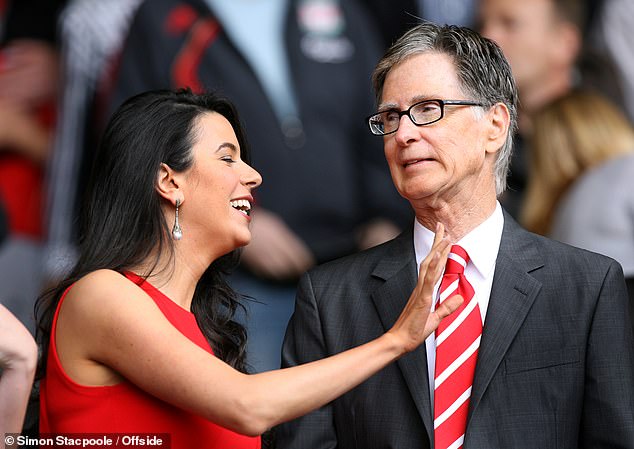 They have since backtracked following a furious response from their supporters, but the damage was done – and this is far from the first time they’ve stumbled headfirst into a PR disaster.

Here, Sportsmail takes a look back at FSG’s worrying history of gaffes, from £77 tickets to embarrassing Luis Suarez t-shirts.

Let’s begin in 2011, when then-star striker Luis Suarez was slapped with an eight-match ban after being found guilty of racially abusing Manchester United defender Patrice Evra.

The allegations centred around the word ‘negro’, which Suarez insisted was an affectionate term in his native Uruguay, while the majority of the rest of the football world condemned his actions.

Throughout the FA investigation, Liverpool fully backed their player, insisting: ‘Nothing we have heard in the course of the hearing has changed our view that Luis Suarez is innocent of the charges brought against him and we will provide Luis with whatever support he now needs to clear his name.’ 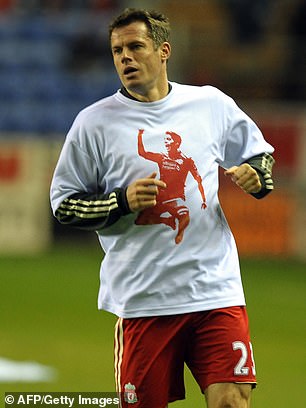 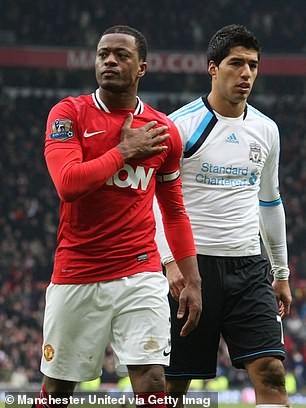 Just days after his ban was handed out, Suarez lined up alongside his team-mates to play Wigan, with Liverpool given 14 days to decide whether to appeal. Before the match, during the warm-up, Reds players unveiled t-shirts in support of their player, as they continued to protest his innocence.

A joint statement from the playing squad stated: ‘We totally support Luis and we want the world to know that. We know he is not racist.’

Interestingly, and perhaps decided following the mass public outcry, Liverpool opted not to appeal the ban and instead washed their hands of the situation, allowing Suarez to sit on the sidelines for the duration of his ban.

Last year, Jamie Carragher – then the club’s first-choice centre back – fronted up and apologised for the ‘massive mistake’ he and his team-mates had made. 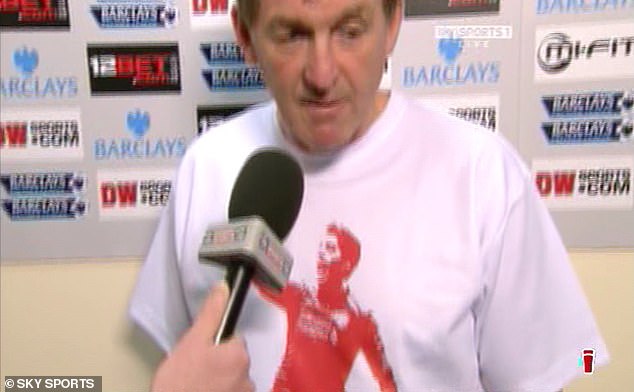 Fenway Sports Group were founded as New England Sports Ventures in 2001 when John W Henry joined up with Tom Werner, Les Otten and the New York Times Company to bid for the Boston Red Sox.

FSG own the Red Sox, Liverpool, Fenway Sports Management, the Salem Red Sox, 80 per cent of the New England Sports Network and 50 per cent of Roush Racing.

‘There is no doubt that we made a massive mistake,’ he said on Sky Sports’ Monday Night Football. ‘That was obvious. It was an evening game and because it was Wigan, we travelled there on the day of the game.

‘We got there, had our lunch and then we had a team meeting. I just remember in the team meeting, I don’t know whether it was the manager or Steve Clarke asking one of the players: “Are you still wearing the shirts?” That was the first I had heard of it.

‘I am not lying on that and saying “I wasn’t a part of it” because as a club, we got it wrong and we were all part of it. I was vice-captain. But that was the first I had heard of it that afternoon. So I am not sure who was actually behind it. I know you mention the manager, but I don’t think Kenny had anything to do with it, to be honest, it was the players who Luis was close to in the dressing room who really wanted to support their mate and their friend.’

‘Apologies. We got it massively wrong.’ 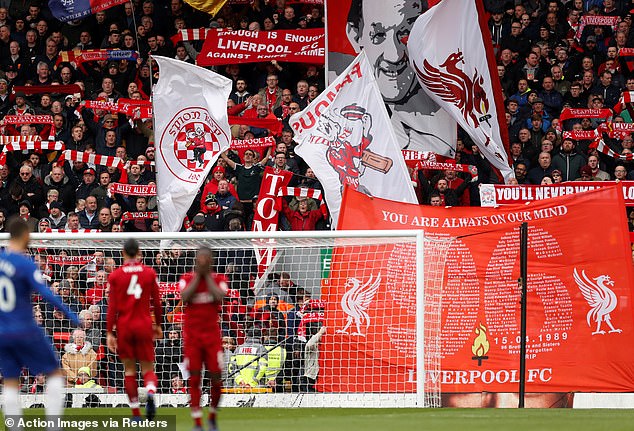 In the summer of 2017, speculation was rife surrounding the future of Southampton defender Virgil van Dijk, who was being courted by Chelsea, Manchester City and, of course, Liverpool.

At the start of June, Van Dijk came out in the media to reveal he was keen on a move to Anfield, having been won over in part by the vision of manager Jurgen Klopp.

As far as Southampton were concerned, Van Dijk ought not to have seen anything of Klopp’s vision as Liverpool hadn’t made an official approach for the player.

It was reported that Klopp had met Van Dijk in Blackpool to discuss the transfer, though that was never proven and Liverpool later issued a grovelling apology to Saints.

In it, they insisted they would drop their interest in the player, and said: ‘We apologise to the owner, board of directors and fans of Southampton for any misunderstanding regarding Virgil van Dijk.’

So that was that… until, of course, Liverpool snapped up Van Dijk in the next transfer window and proceeded to turn him into the best defender in the world. Oops. 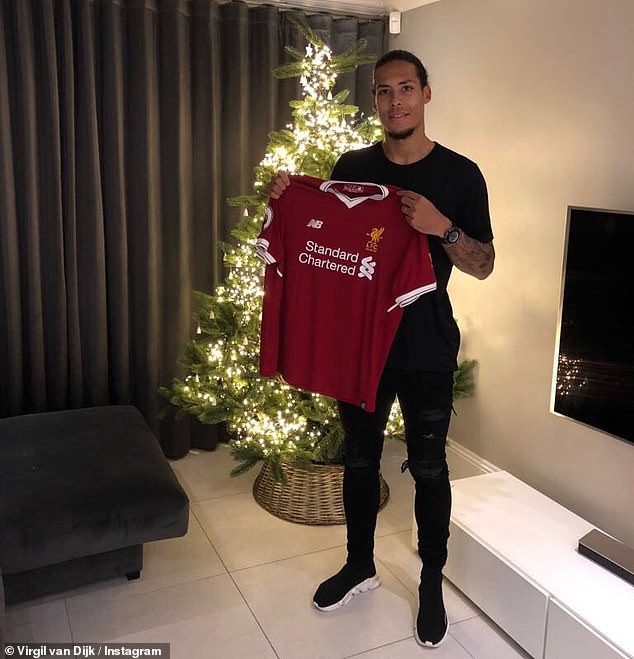 More shady allegations came to light in the years following, with one in particular relating to Liverpool spying on Manchester City.

A report in the Times claimed that City reached a £1million settlement with the Reds in 2013 after their private ‘Scout7’ system was accessed from outside the club.

The FA decided not to progress their investigation into the allegations after the club were outed in the media, and the whole episode has been kept very hush-hush.

The governing body decided that ‘due to the age of the alleged concerns’ and the fact that a financial settlement between the clubs had been agreed, there was no need for them to continue to look into the matter.

It was reported that City employed ‘computer-espionage experts’ to see if their system had been spied on, before going to Liverpool with the claims before then agreeing a settlement figure.

When they published the story last year, The Times referred to the scandal as ‘the biggest incident of alleged misbehaviour by one top flight club to another in the Premier League’s history.’ 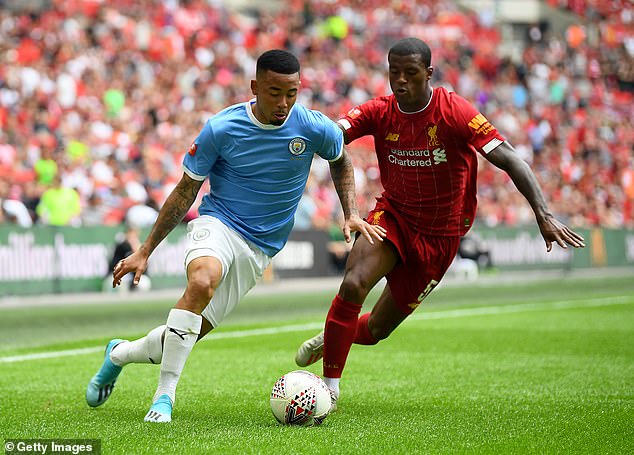 The construction of Liverpool’s shiny new Main Stand at Anfield was supposed to be a celebration, but the club’s chiefs even managed to bungle that with their announcement on ticket prices.

Back in 2016, as the building work continued, the club announced that tickets would cost up to £77 a pop in the newest part of the stadium.

Cue astonishment from Reds fans, who were furious at the pricing and proceeded to walk out of the stadium 77 minutes into their draw with Sunderland in protest at the news. 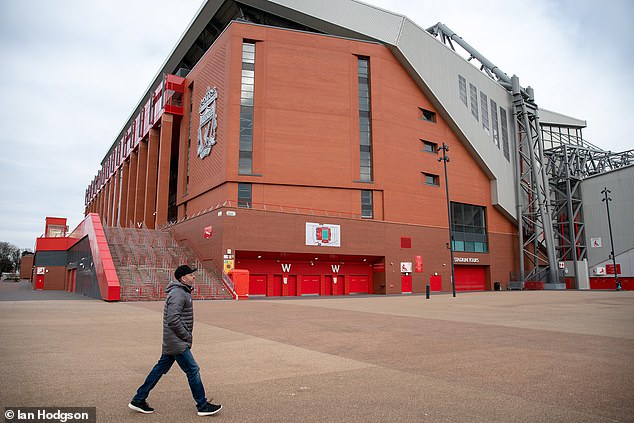 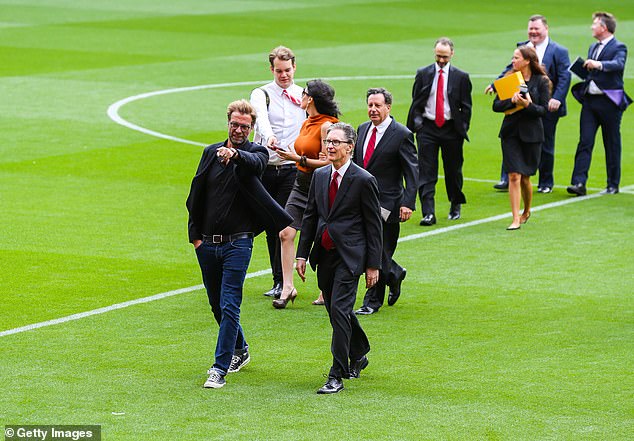 In a letter published on the club’s website, principal owner Henry, chairman Tom Werner and FSG president Mike Gordon wrote: ‘The three of us have been particularly troubled by the perception that we don’t care about our supporters, that we are greedy, and that we are attempting to extract personal profits at the club’s expense. Quite the opposite is true.’

The highest ticket prices stayed at £59… and it wasn’t to be the last time they bowed to pressure from the club’s supporters.

And so we arrive at the present, and FSG’s latest blunder in deciding to furlough their non-playing staff amid the coronavirus crisis.

They have, of course, quickly gone back on their decision to use the government’s scheme, which would have seen their least well-paid staff take home 20 per cent less pay, following a huge backlash.

Liverpool, it is worth noting, turned over £533million in the last financial year and made a profit of £42million.

Fenway Sports Group – Liverpool’s owners, who are based in Boston – engaged in discussions with Moore, Liverpool Mayor Joe Anderson, Metro Mayor Steve Rotherham and influential fans’ union Spirit of Shankly after becoming aware of the revolt from supporters.

The talks – which also involved Billy Hogan, the club’s Chief Commercial Officer and Chief Finance Officer Andy Hughes but not manager Jurgen Klopp or senior players – resulted in Moore releasing an open letter to supporters on the club’s official website to explain they had made an error of judgement.

Chief executive Peter Moore wrote: ‘Allowing for perspective in these unprecedented and harrowing times, it is important to address an issue we, as an organisation, have been involved in since the weekend.

‘We believe we came to the wrong conclusion last week to announce that we intended to apply to the Coronavirus Retention Scheme and furlough staff due to the suspension of the Premier League football calendar and are truly sorry for that.’

And the Red Sox aren’t much better…

Indeed, over in America, FSG’s baseball team the Boston Red Sox aren’t immune to the PR disasters Henry and Co have experienced on this side of the pond with Liverpool.

The team, and manager Alex Cora, are currently being investigated by Major League Baseball for allegedly using a video replay room to steal opposing pitchers’ signs en route to a World Series title in 2018.

The investigation was announced after three unidentified sources told The Athletic that Red Sox players frequently visited a replay room within steps of the batting cages at Boston’s Fenway Park to decipher opponents’ sign sequence and relay that information to the dugout. 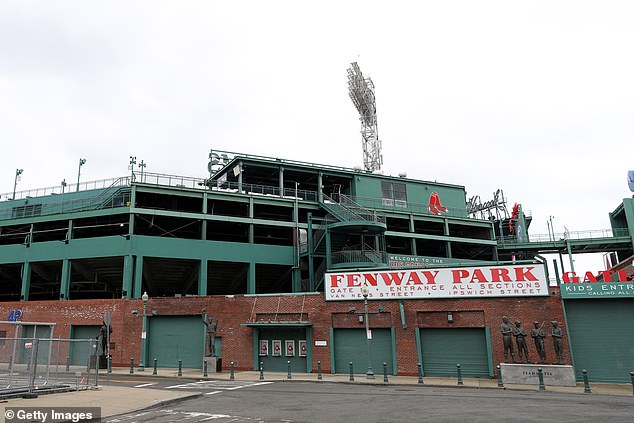 The investigation is still ongoing, and MLB commissioner Rob Manfred said he will reveal his findings in the Red Sox cheating probe once baseball returns following the coronavirus pandemic.

Elsewhere, the club have also come under fire this week for failing to lend a hand to workers at their Fenway Park stadium who are set to lose their health insurance amid the current coronavirus crisis.

A third-party company called Aramark supply workers for Red Sox games at Fenway Park, but they are set to lose their health insurance after not working the number of hours required. Of course, with no baseball, it is impossible to go to work.

Aramark have been urged to lower their hourly threshold, but with no decision forthcoming, much of the heat has been deflected to the mega-rich Red Sox, who rely on the workers at games, but have been slow to help them in their time of need.