Gareth Southgate says England will continue to take a knee throughout Euro 2020, despite accepting that the move could cause an “adverse reaction” from supporters. England were booed by a section of their own fans after kneeling before kick-off in a friendly against Austria at Middlesbrough’s Riverside Stadium on Wednesday.

Players taking a knee before the whistle has become a common sight over the past year, with sport trying to present a united front against all forms of discrimination.

The stance, which is in support of the Black Lives Matter movement but is separate to the political organisation of the same name, has prompted much debate around the sporting world.

Boos were largely drowned out by applause from the 7,000 fans in attendance on Wednesday, but Southgate revealed that the negative response prompted the England squad to hold a meeting over what to do at Euro 2020.

Jack Grealish said the booing was something “we don’t want in football”, while fellow midfielder Kalvin Phillips said he was “confused and disappointed” by the fans’ behaviour.

JUST IN: Emi Buendia to Aston Villa to be announced with Arsenal to miss out 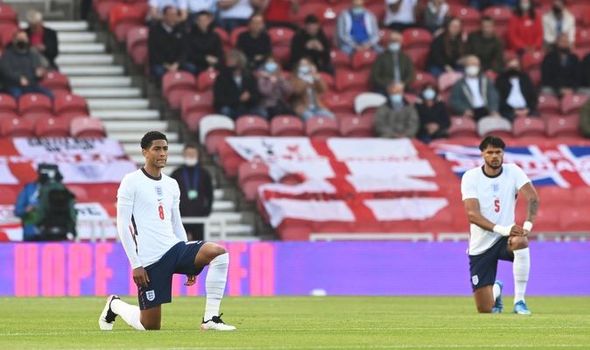 Speaking at a press conference on Saturday to explain England’s position, Southgate said: “I think we have to accept there could be elements of the crowd that boo.

“That would be hugely disappointing for us but we are prepared to go through that so whatever happens we are adamant that’s the stance we are going to take throughout the tournament.

“If it happens in future matches, we won’t be discussing it after because we don’t want to give oxygen to those people.

“The only reason I called the meeting was that I want to be able to represent the players correctly when I speak about it and I was concerned that what happened could affect young players in particular when it happened immediately before the kick-off.

“I’d have been confused and I’d have been… I don’t know how I would have reacted as a young player, but in essence people are booing their own team.

“But to boo your own team is a very strange response in my mind. I wanted to gauge that the players were happy to continue.

“There is an acceptance that this gesture is waning in its impact because we have been going now for a season but I think ahead of a European Championship where the games are going around the world, that moment just before the kick-off which will be shown everywhere, will have a significant impact.

Addressing those who booed England’s players for taking a knee, Southgate added: “I think those people should put themselves in the shoes of those young players and how that must feel. 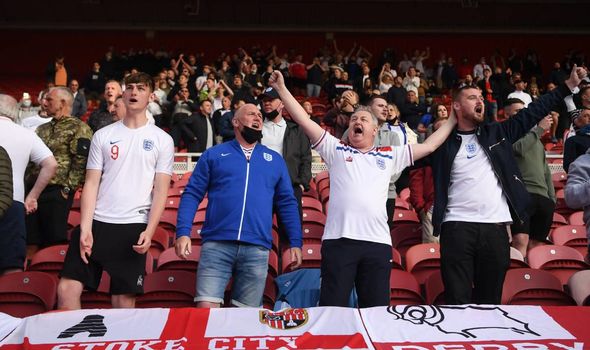 “If that was their children, if they are old enough to have children, how would they feel about their kids being in that sort of situation.

“The most important thing for our players is to know that we are totally united on it. We are totally committed to supporting each other, supporting the team. We feel more than ever determined to take the knee through this tournament.

“We accept that there might be an adverse reaction and we are just going to ignore that and move forward.

“I think the players are sick of talking about the consequences of: ‘Should they? Shouldn’t they?’ They’ve had enough, really.”