Manchester United fans are right to believe that they could win the Premier League this season, according to Gary Neville. United moved top of the table with their 1-0 win over Burnley on Tuesday night and now head to Anfield for a top-of-the-table clash with rivals Liverpool on Sunday.

Ole Gunnar Solskjaer’s side moved three points clear of defending champions Liverpool with their narrow victory at Turf Moor, which came courtesy of a deflected volley from Paul Pogba.

It is the first time United have been top of the Premier League table since the opening round of matches at the start of the 2018/19 season and the recent form of Jurgen Klopp’s side has their fans hoping their side can sustain the gap this weekend.

Liverpool are unbeaten at Anfield in the league since May 2017 – an astonishing run of 67 matches – but they have failed to win any of their last three Premier League matches.

Meanwhile, United are unbeaten in 15 Premier League away matches since losing to Liverpool on January 19 last year, meaning they head to Anfield for Sunday’s 16.30 kick-off full of confidence.

That belief is well placed according to former United defender Neville, who believes Liverpool fans will have a nervous wait until this weekend’s clash. But the former England international finds it “strange” that his old club are in the running. 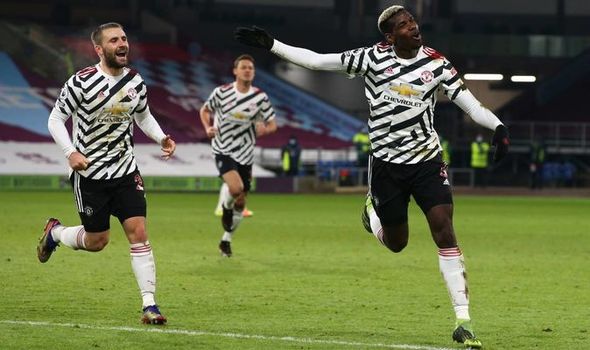 “It’s a strange season, if you’d have asked me at the start of the season, I’d have said no chance (United winning the league), because they were nowhere near the consistency levels,” Neville said after the match.

“But I’m sitting here tonight, why shouldn’t Manchester United fans believe, why shouldn’t the team believe? You look at that front line of Cavani, Rashford, Martial, Greenwood; the midfield four – Fernandes, who wasn’t at his best tonight, but then Pogba’s absolutely fantastic.

“The other teams aren’t in great moments. City, probably at this moment in time, are the ones that are cool and calm, sat there in the middle of the pack, no-one is really talking about them but they’re starting to hit really good form themselves and they’ll be the real danger.

“I think Manchester United are still a bit below, but in these next few days, it’s time to have a little bit of fun. I don’t think it’ll be a comfortable few days for Liverpool in the sense that they didn’t expect United to be anywhere near them.

“It can be a little bit of fun for Man United fans. I also expect these players believe they can have a really great season with no fans in, it’s odd, it’s changing every week and you don’t know what’s going to happen. 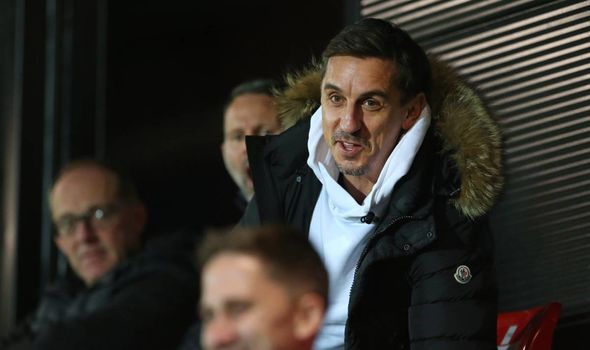 “There’s an element of unpredictability to the season and Man United could exploit that.”

United boss Solskjaer is delighted with his side’s form, but knows a tough test awaits on Sunday.

“Brilliant position to be in,” he told Sky Sports after the hard-fought victory at Turf Moor. “We know we’re going to the champions, they’ve had an unbelievable three-and-a-half seasons.

“We know it’s going to be a difficult game for us but we’re ready for it. We couldn’t have asked for a better time to play them.

“We’re in good shape, good form and we’re hungry. That’s a big thing. These boys are hungry, they want to get better and that’s a test again. A test of character and a test of quality.”