Manchester United boss Ole Gunnar Solskjaer left Paul Pogba and Donny van de Beek out of his starting XI which drew 0-0 with Chelsea on Saturday and Gary Neville has explained the problem the manager has.

Pogba is the most expensive footballer in Premier League history having cost £89million in 2017.

Eyebrows were raised when neither man was selected in the starting line-up against Chelsea.

And Neville has attempted to explain why his old team-mate left £130m worth of midfielders on the bench. 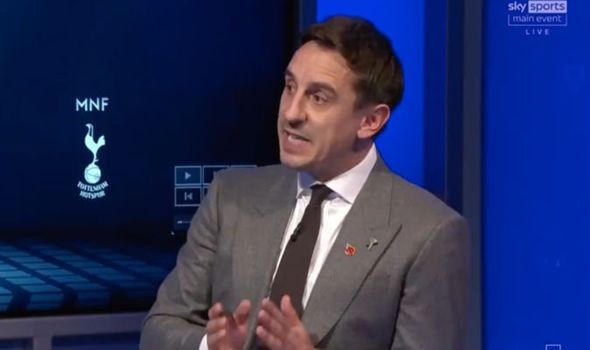 “Coming out of the international break, what’s the difference? The big difference is that Ole Gunnar Solskaer this week has gone back to what served him well last season,” Neville told Sky Sports.

“It’s that box – Lindelof, Maguire, Fred, McTominay. All got a defensive mindset, all quick at getting to the ball, particularly those two in front of those centre-backs.

“Every time Manchester United attacked and the ball broke out to Chelsea’s midfield, they were all over them like a rash.

“Those two, how aggressive they are, they’re on to things, quick to the ball, quick to react and they recycle the ball.

“Rather than Lindelof and Maguire getting caught out, that midfield two get out really aggressive towards the side, they’re working in tandem.

“McTominay doesn’t win it then Fred does win it. You see what happens, it just means that back two of Lindelof and Maguire are less exposed.

“For me, Ole’s almost in some ways thought, ‘I need to go back to basics, I can’t keep conceding chances’.

“He’s got the issue in the stands with Van de Beek and Pogba, but he has gone back to basics this week and it’s meant they’re more difficult to play against and they’re conceding less goals and chances.” 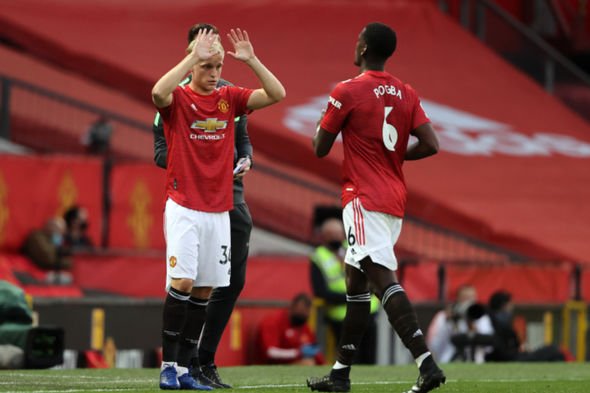 United have had a difficult start to the Premier League season, winning just two of their first five matches.

The Red Devils have picked up just one point from three games at Old Trafford and Neville thinks that played a part in Solskjaer’s decision.

“You look at Manchester United early in the season and they were playing with McTominay and Pogba in midfield,” he added.

“Pogba, a completely different player in midfield to Fred, McTominay and Matic. They were getting caught ahead of the ball.

“Pogba, with Fernandes, both attacking-minded players. Both thinking about creating, scoring goals rather than defend and going the other way. It was leaving United isolated.”