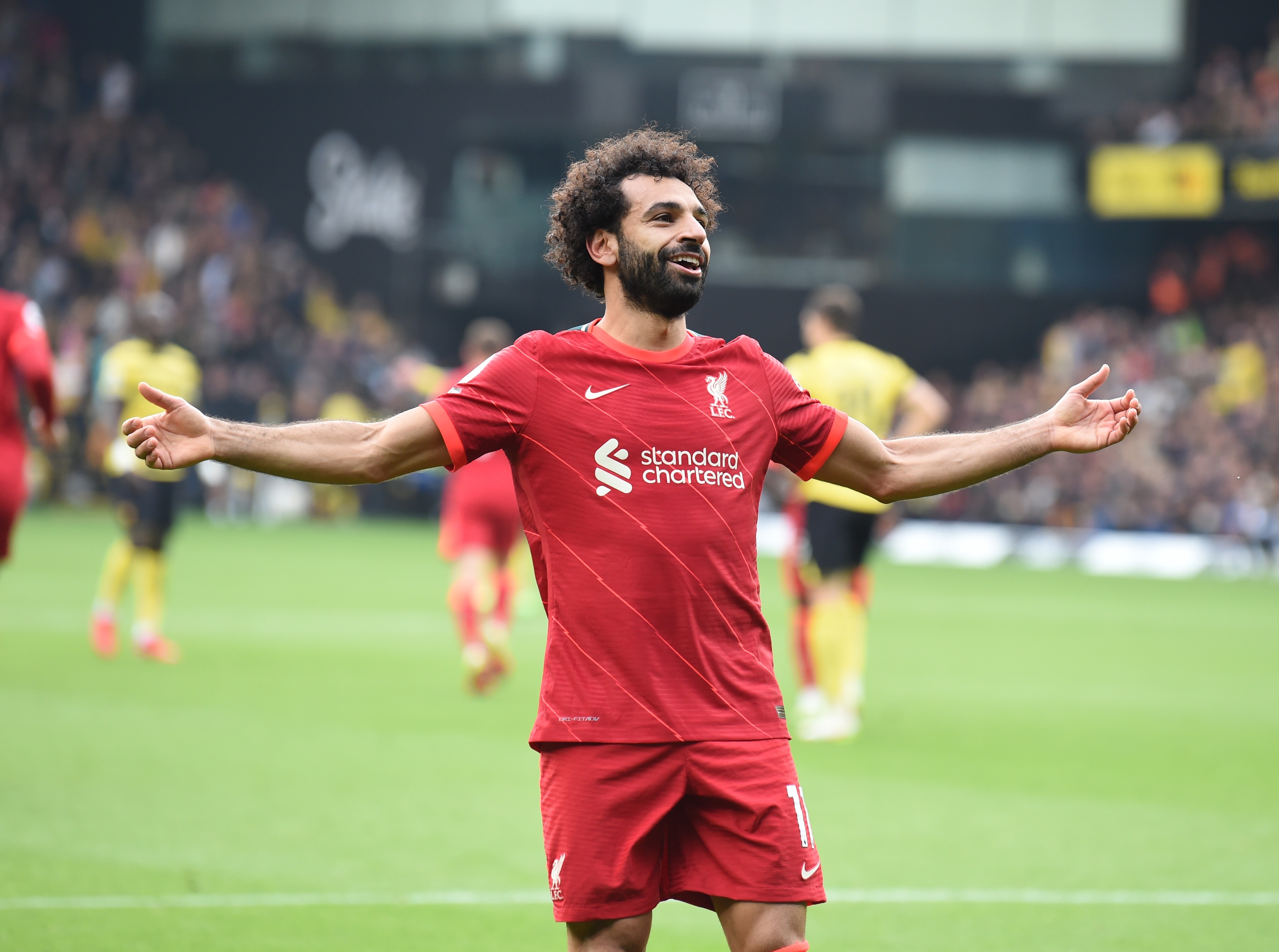 Mo Salah may well be in the form of his life at Liverpool but Gary Neville doesn’t believe the Anfield fairytale will last forever.

Salah took his tally for the season up to 10 goals in all competitions this afternoon has he scored a stunning strike in Liverpool’s 5-0 win over Watford.

The performance prompted Jurgen Klopp to describe his player as the greatest player in world football right now.

That sort of tag is bound to attract the world’s top clubs with PSG, Real Madrid and Barcelona among those who have been linked with the Egyptian in the past.

Salah is yet to pen a new deal with Liverpool despite his contract expiring in the summer of 2023 and Neville feels the 29-year-old could be on the move in the near future.

‘I don’t think he will stay at Liverpool for the rest of his career,’ the player-turned-pundit said on Sky Sports’ Overlap fans’ forum.

The footwork is magical, the finish is sublime.

He had the Watford defence on strings! ð± pic.twitter.com/tBWPWWOxeX

‘It’s my personal view. It’s always been that view but I could be wrong.

‘The Premier League would be weaker if he left. I just think you look at someone like Cristiano Ronaldo, David Beckham, Kylian Mbappe, it’s not all about the money.

‘I think Salah’s got to experience Real Madrid, the Bernabeu – Real Madrid are going to come back, by the way.

‘I know it’s not great at the moment at Barcelona and Madrid but Salah is similar to those I’ve just mentioned, I think he has to have that on his CV at the end of his career.

‘I think he’s done an unbelievable job at Liverpool. I’ve just always felt he wants a Paris [Saint-Germain], a Real Madrid, a Barcelona and I think he’ll go and get it.’