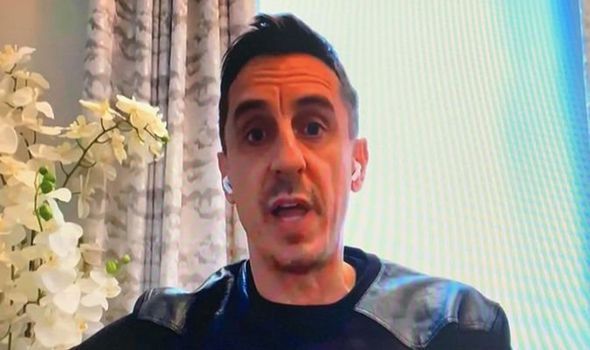 Gary Neville has called on the Premier League to delay their restart plans by around a month following the government guidance on easing the lockdown measures. Premier League clubs are in discussions over ‘Project Restart’ and are hopeful of getting underway in the middle of June.

But Neville thinks it’s unrealistic to start the season while so many people are still dying and players are voicing their fears over playing again.

Raheem Sterling, Danny Rose and Tyrone Mings all spoke against the plans to resume in the coming weeks yesterday and the feeling is that more players will begin to voice their concerns.

Some clubs have already opened their training grounds for players to do individual sessions, but group training is still banned with social distancing still a requirement.

And Neville thinks rather than June the Premier League should be looking at restarting at some point in July.

“I don’t think anybody is clear whether it’s in football or in the country, we’ve all seen the fallout from the rambling mess we had to listen to on Sunday evening,” Neville told Sky Sports’ The Football Show.

“I think ultimately, there are employees, families up and down the country who don’t know what they should do. It became a little bit clearer with the extra detail that got released but I think the Premier League were hoping for a definitive statement from the government on Sunday and Monday but didn’t quite get that. 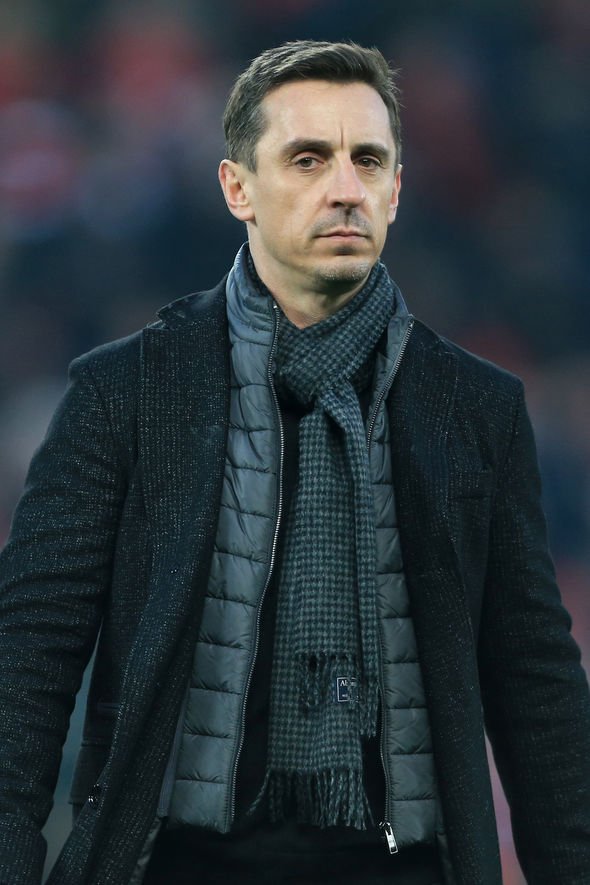 “If you’re a Premier League owner, I don’t think anyone would be sticking their hand up saying ‘let’s get back playing next week’. I think they need to think about delaying for a few weeks or maybe even a month or two.

“Instead of a June restart, maybe more about a July start. It just feels like the pressure is coming on top a little bit, the walls are closing in, that a decision has got to come.”

Various hurdles need to be overcome before the league can restart but one problem with not starting until July is player contract which are due to expire on June 30.

It was agreed in the Premier League meeting yesterday that clubs would have a small window up until June 23 to extend players’ contract to take them to the end of the season, but there remain problems with players who may not want to play or to re-sign with their clubs.

Some players may feel re-signing could hurt their chances of getting another club long-term, particularly if they get injured before the end of the season.

While there are still problems to sort with loan players, particularly those on loan and to rival Premier League clubs like Dean Henderson at Sheffield United from Manchester United.

There is also pressure from UEFA in getting a plan together to restart the season.

Neville added: “I know UEFA have set a deadline but I think there’s a lot to think about, it’s really complex.

Premier League chief executive Richard Masters admitted that clubs had discussed the possibility of not finishing the season for the first time yesterday.

He said: “Still the really strong collective will to complete the season remains.

“But it was the first time we discussed curtailment – it’s still our aim to finish the season obviously but it’s important to discuss all the options with our clubs.

“The contents of that discussion have to remain confidential.

“What I can say is that all of the talk was about finishing the season. No conclusions were reached on any other models. Those are future conversations we may need to have.

“There was a desire to see all the different implications; the adaptions, if you like, to the PL model as we know in order to play out the season and then discuss what the fairest way forward is.

“We also talked about neutral venues – obviously it is the preference of all our clubs to play at home if at all possible.

“It’s clear to see that some clubs feel more strongly about that than others.

“It is an ongoing dialogue. There is not much I can say about that, other than we are in contact with the authorities and listening to that advice while also representing club views in those discussions.

“In terms of how those matches will take place, there’s a lot of water to pass under the bridge and we will continue to assess the circumstances.”