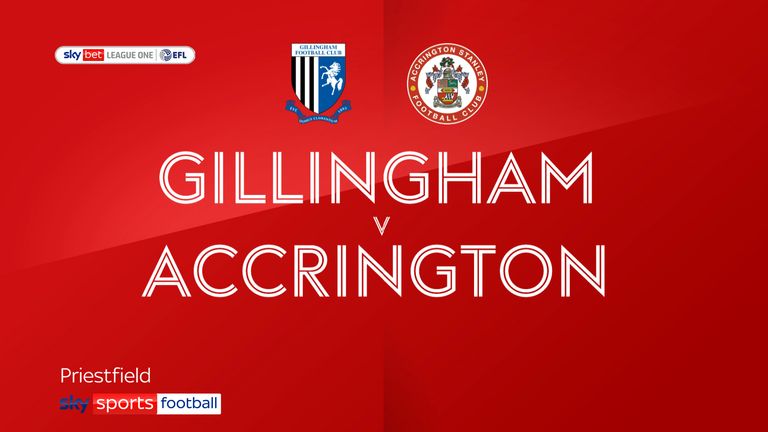 Colby Bishop and Dion Charles scored the goals as Accrington claimed their sixth win in nine Sky Bet League One games with a 2-0 victory over Gillingham.

Off the back of their first league defeat since mid-October against Wigan on Saturday, Stanley were denied an early opener when Connor Ogilvie blocked Harvey Rodgers’ low shot.

Two minutes after Dominic Samuel was carried off the pitch on a stretcher after suffering a serious-looking injury, his Gillingham strike partner Vadaine Oliver narrowly missed the target with an acrobatic overhead kick.

Bishop put Stanley in front a minute before the break as he met Rodgers’ corner and headed past Jack Bonham for his third league goal of the season.

Only a smart Bonham save prevented Sean McConville from doubling Accrington’s advantage from close range in first-half stoppage time.

Goalkeeper Nathan Baxter – making his league debut for Stanley – kept his side ahead on the hour mark when he saved from John Akinde after the Gills striker had broken through on goal.

And an unmarked Charles sealed the victory for John Coleman’s team in the 64th minute when he slotted home from Joey Pritchard’s cross.