Borussia Monchengladbach have confirmed coach Marco Rose will leave to join Borussia Dortmund at the end of the season.

In one of football’s worst kept secrets, Rose, who has managed Gladbach for two years, will exit his contract a year early to take over at the Westfalenstadion.

Dortmund have been without a permanent manager since the sacking of Lucien Favre on December 13, with Edin Terzic filling in as interim boss. 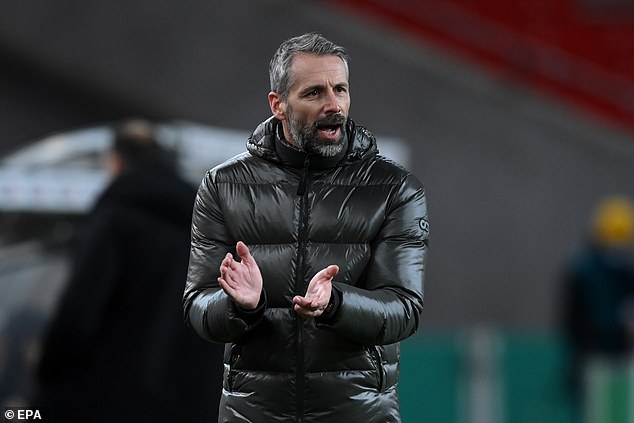 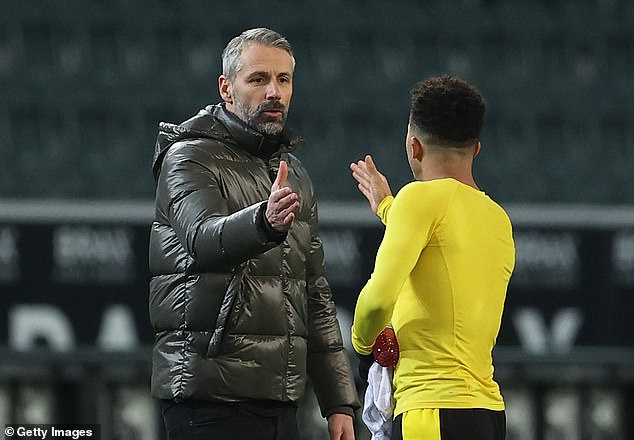 Gladbach’s sporting director Max Eberl said in a statement: ‘We have had many discussions with each other in the past few weeks about Marco’s future.

‘Unfortunately, he has now decided that he would like to make use of a clause in his contract, which runs until June 2022, to switch to Borussia Dortmund in the summer.

‘If the conditions stipulated in his contract are met on time, he will no longer be available to us after the end of the season.

‘Until then, we and Marco will mobilise all of our strengths to achieve our goals in the Bundesliga, the DFB Cup and the Champions League.’

The two clubs are currently level on 33 points in positions six and seven of the Bundesliga table with Dortmund slightly ahead on goal difference. 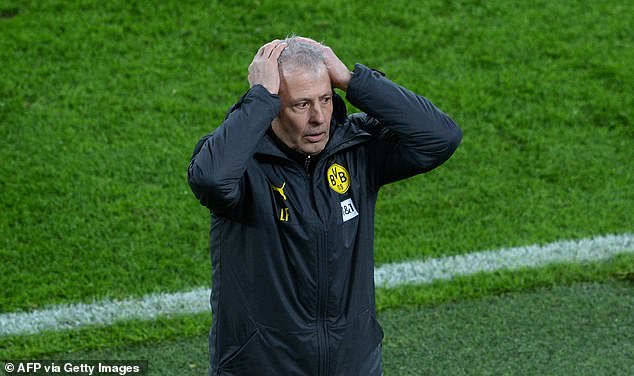 Though they trail fourth-placed Wolfsburg by six points at present, Gladbach will still be hopeful of qualifying for next season’s Champions League.

They have also been drawn at home to Dortmund in the quarter-finals of the DFB Cup on March 2 and will face Manchester City in the last-16 of the Champions League. 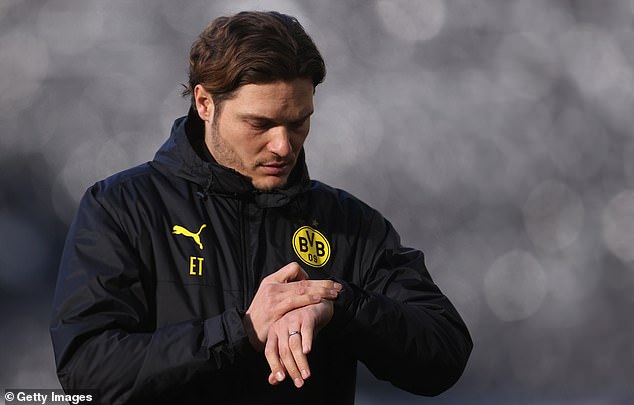 He guided the club to a fourth-place finish in the Bundesliga last season and they impressively negotiated a Champions League group stage featuring Real Madrid, Inter Milan and Shakhtar Donetsk.

Recent results in the league have been patchy, however. Since beating Dortmund 4-2 on January 22, Gladbach have drawn with Union Berlin and Wolfsburg and lost to Cologne.