Match report as Kyle Munro scores 89th-minute header to cancel out Jamie McGrath’s first-half penalty; Accies fall to the foot of the league table, a point behind Kilmarnock 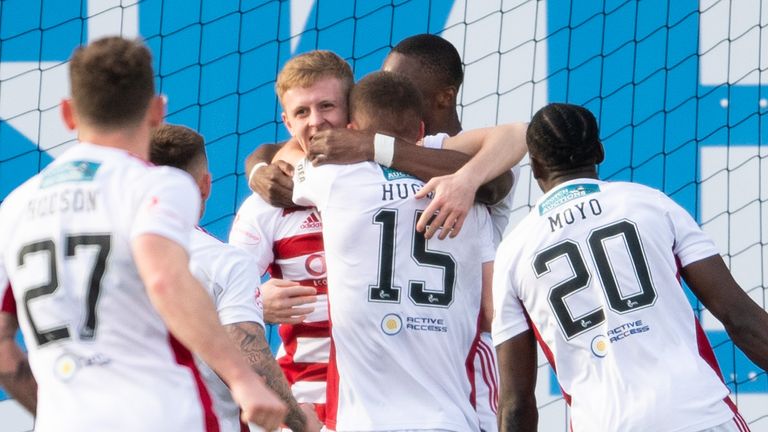 St Mirren lost out on a place in the top six of the Scottish Premiership after conceding a last-minute goal at Hamilton.

Jamie McGrath’s first-half penalty looked set to ensure Jim Goodwin’s men would compete in the top half of the table after the league split.

But a late header from Kyle Munro – combined with St Johnstone’s victory over Ross County – saw the Paisley side miss out by just two goals as a result of the 1-1 draw.

The result did not prevent the Accies from falling to the foot of the league table, a point behind Kilmarnock. 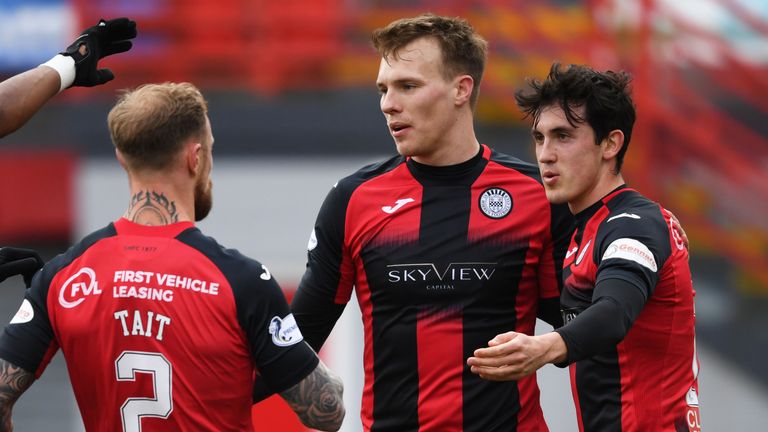 Hamilton made two changes from the team beaten at Livingston the previous weekend. In came Scott McMann and Ben Stirling, with Munro and Jamie Hamilton dropping out of the starting line-up.

It was a scrappy first half with St Mirren becoming increasingly dominant the longer it wore on.

Erwin volleyed wide for the visitors after being picked out by Richard Tait, while the latter also missed the target after a brilliant pass from Jake Doyle-Hayes. Obika then saw his shot on the turn snuffed out. 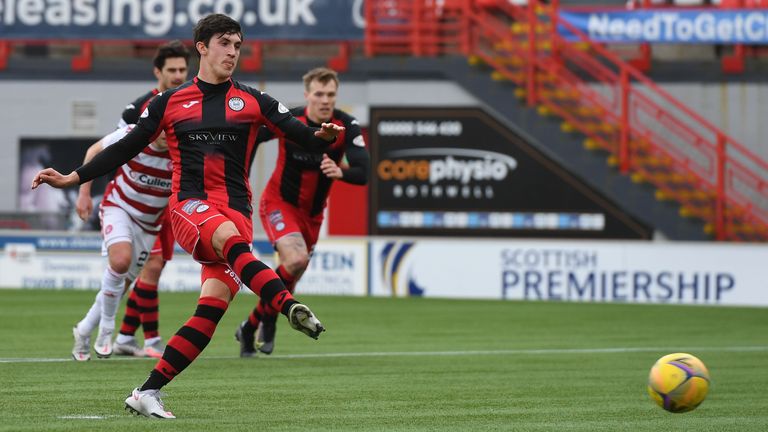 But Saints finally got their noses in front after 33 minutes. Scott Martin needlessly clipped Ilkay Durmus as the Turk prepared to shoot and referee Don Robertson gave the penalty. McGrath rolled it in for his 11th goal of the campaign.

Accies were struggling to make anything stick up front. Hakeem Odoffin headed well wide of goal while Callum Smith’s flick sailed over the bar.

Brian Rice introduced David Moyo at half-time and he was involved right away with a header that just missed the target.

Obika then had two brilliant chances to extend the visitors’ lead. His first shot was tipped away by Fulton while his second, after a mistake from Aaron Martin, was straight at the goalkeeper with the goal at his mercy. 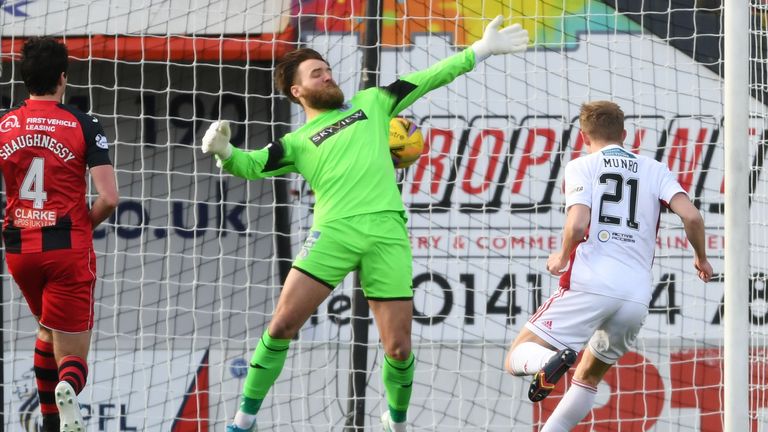 St Mirren almost paid for that when Bruce Anderson launched a shot from the edge of the box that sailed narrowly over the top.

But just moments after St Johnstone had gone in front in Perth, Accies equalised. Saints conceded a soft free-kick and McMann’s header was powered in by Munro.

To compound St Mirren’s misery, Goodwin was shown a red card after the final whistle.

Hamilton host St Mirren again in their next fixture on April 3 in the third round of the Scottish Cup; kick-off is at 3pm.