Mejbri, 18, was signed by United from French club Monaco as a 16-year-old during the summer transfer window in 2019 in a deal reportedly worth up to £8.5m.

United have been quick to tie down the futures of their brightest academy prospects, with Shola Shoretire signing his first professional contract last month.

✍️ Hannibal has committed his future to United! 🤩#MUFC #MUAcademy

Shoretire, 17, has made two substitute appearances for United’s first team and Hannibal could quickly follow in his footsteps before the end of the season as manager Ole Gunnar Solskjaer looks to reward his promising youngsters.

The France youth international was under consideration to feature in last month’s Europa League round-of-32 second-leg against Real Sociedad, until a shoulder injury ruled him out.

“Hannibal is injured,” Solskjaer said ahead of the Europa League tie. “Unfortunately, he got injured in the reserves so he’ll be out for a month.

“So he was just coming into our squad and, unfortunately for him, he is out.” 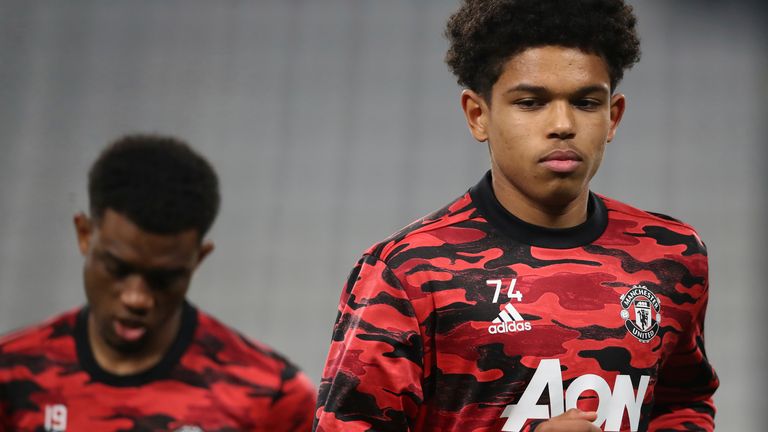 Solskjaer confirmed in February that Hannibal, along with Shoretire, had been promoted to the first-team.

“The young kids, we’ve moved Shola up with us, Hannibal will join us and we’ll keep them with us for a while,” said Solskjaer. “It’s the next step in their development, we’ve got to take the hit that when they play for the reserves they have to travel by themselves. It’s a nice step for them, they’ve done really well.”

Hannibal has played above his age group since arriving at Carrington and has registered four goals and seven assists playing for Neil Wood’s U23s this season.