Hansi Flick admitted he was left with ‘no other option’ than to take off substitute Leroy Sane in the second-half of Bayern Munich’s win over Bayer Leverkusen on Saturday.

Sane was brought on by Flick in the first-half to replace the injured Kingsley Coman with the German champions 1-0 down but despite Robert Lewandowski levelling, the Bayern boss opted to take Sane off during the second period for Jordi Musiala.

Flick’s side went to win the game 2-1 thanks to Lewandowski’s late winner and the Bayern manager felt that he had to bring the exciting Musiala on and Sane was the only player he could take off at the time. 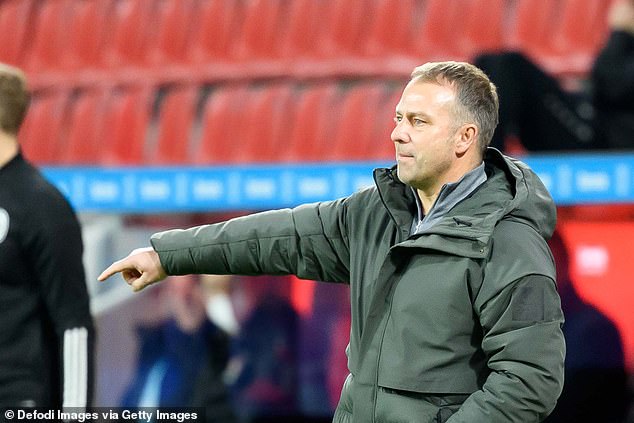 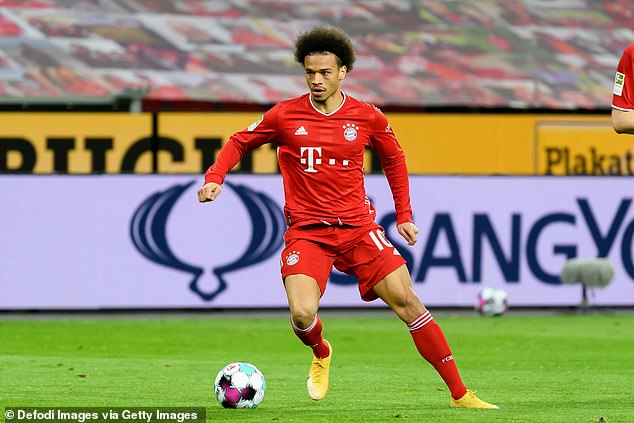 Speaking after the match, which saw Bayern return to the top of the table, Flick said: ‘When we make substitutions, we have to do it sensibly.

‘If you see the second half, Thomas Muller is indispensable, Serge Gnabry improved in the second half, that’s why I substituted Leroy Sane. We had to react like that because there was no other option.’

Leverkusen started the day one point ahead of Bayern in the table and Peter Bosz side took a deserved lead after 14 minutes thanks to Patrick Schick’s superb volley at the back post. 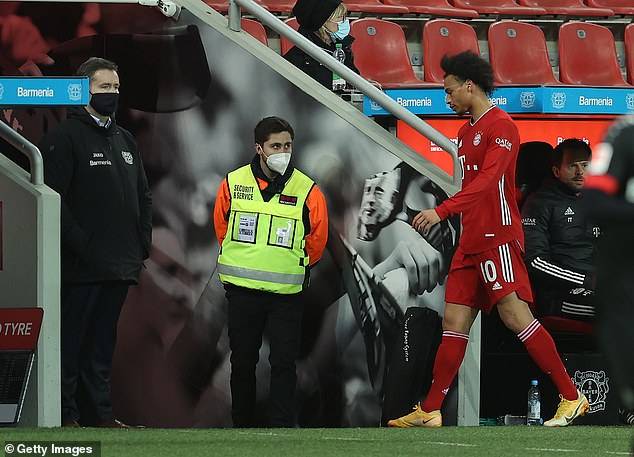 Flick was then forced to take Champions League-winning winger Coman off for Sane after 32 minutes due to a hamstring problem and Bayern were level 11 minutes later through Lewandowski’s header.

With the game finely poised, Sane was surprisingly replaced by teenage winger Musiala on 68 minutes. The former Chelsea winger then hit the post for the German champions who began to up the ante.

And in the dying moments of the game, Lewandowski scored via a wicked deflection to give Bayern a vital three points as they opened up a two-point gap at the top of the Bundesliga. 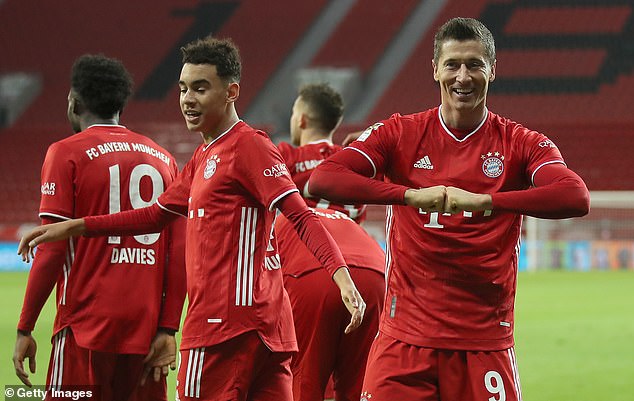 Lewandowski backed Sane to bounce back from the disappointment of being substituted and claimed the upcoming Christmas break will do the 24-year-old the world of good.

‘He needs a bit of time,’ Lewandowski said. ‘Next year I’m sure he’ll show his quality. I’ll keep my fingers crossed for him – he’s a great guy.

‘He knows himself that he can benefit from a short break and we will need him going forward.’ 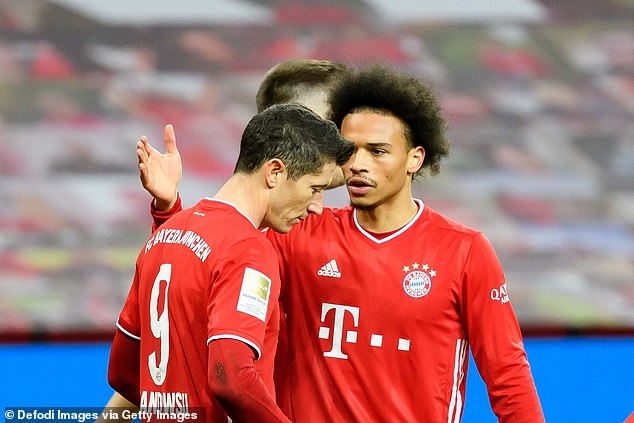 Sane has enjoyed a mixed spell at Bayern since his £40million move from Manchester City over the summer.

The 24-year-old has scored five goals and registered three assists in 16 matches in all competitions this term but has struggled to nail down a regular spot in Flick’s side.

The former Man City winger may struggle to get back into the team after Coman’s injury on Saturday was deemed ‘not serious’ by the Bayern medical staff.

The German champions do not play for another fortnight due to the winter break but Coman is still a doubt for their next league match at home to Mainz.