Manchester United star Harry Maguire has named the two hardmen in the Old Trafford camp. And the Red Devils captain did not name himself, instead picking two of his more defensive-minded team-mates.

Harry Maguire has named the two hardmen in at United who you should not mess with.

It comes after being interviewed on Soccer AM about his team-mates in light of the victory over Tottenham at the weekend.

The England international is a regular for club and country and also dons the armband at Old Trafford.

It is fair to say that the former Leicester man, affectionately nicknamed ‘Slabhead’, is a welcome member of both squads. 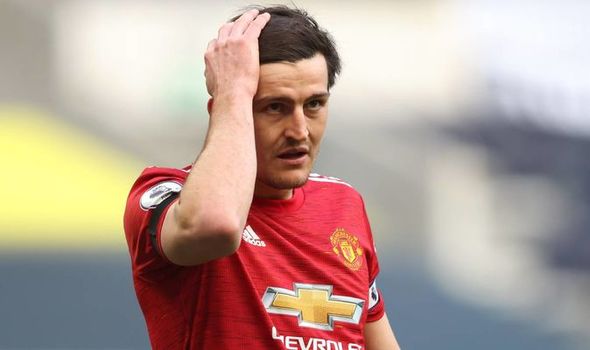 And while the 6ft4 defender is certainly not a player to get on the wrong side of, Maguire had other ideas when asked who are the hardest members of the Red Devils team.

He said: “Axel [Tuanzebe] I would put up there. Always in the gym, always doing pull ups. Very strong. I’d also put Nemanja [Matic] as well. He’s got that ruthlessness.”

The 28-year-old has been full of praise for his team-mates after their fine 3-1 win over Tottenham at the weekend.

Jose Mourinho’s men went a goal up in the first half but the Red Devils fought back to claim all three points in north London.

One of the reasons was down to Edinson Cavani, who grabbed the second and whose constant movement gave Spurs’ defenders nightmares.

Maguire said: “I think [Cavani] had a big part to play throughout the game.

“I think his press and his movement… I think we know that the first goal he scores was great play from Paul [Pogba] and then great movement [for his second] and the finish, it’s a great ball from Mason [Greenwood]. 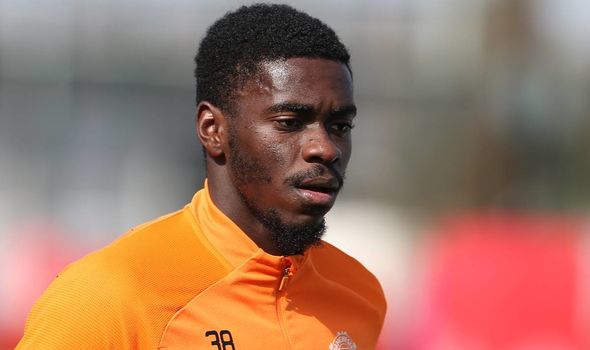 “That’s why he’s scored so many goals throughout his career and I think the rest of the lads have lots to learn from. He deserved that goal.”

United take on Granada tomorrow night in a Europa League quarter-final showdown with one foot in the next round.

A 2-0 win in the first leg in Spain has given Ole Gunnar Solskjaer a huge advantage and could even rest some of his fatigued stars.