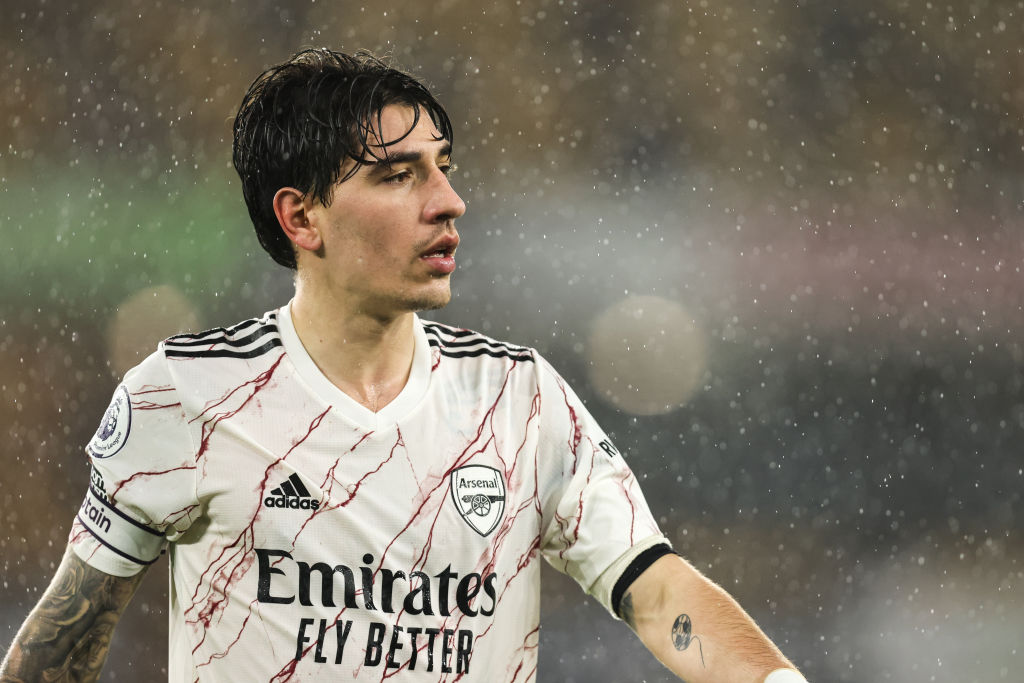 The Gunners dominated the first half at Molineux and took a deserved lead through a fine effort from Nicolas Pepe.

Mikel Arteta’s side had several chances to double their advantage but their night collapsed just seconds before the half-time whistle when David Luiz was sent off for bringing down Willian Jose, even though replays showed there was minimal contact.

Ruben Neves converted the resulting penalty and Wolves took the lead shortly after the break via a stunning strike from Joao Moutinho from long-range.

Arsenal’s night went from bad to worse when Bernd Leno was sent off 15 minutes from time for handling outside the area and Wolves saw out the victory against a nine-man Gunners side.

While Leno’s was widely accepted as a sending off, Arteta was furious about Luiz’s red card and says he’s watched numerous replays and cannot see any contact.

And it’s clear what Bellerin thought of the officiating at Molineux as the Spaniard took to Instagram with a cryptic post hitting out at referee Pawson.

Bellerin posted a caption-less photo of Pawson fist-bumping with Wolves captain Connor Coady, with the Spaniard looking on.

The former Barcelona man did later concede that Arsenal’s disciplinary record is not good enough.

Bellerin says it’s particularly frustrating as it feels like the club are defeating themselves by playing with 10-men.

‘One hundred per cent [we’ve had too many red cards],’ said Bellerin.

‘We’ve shown that when we’re 11 against 11 on that pitch, it’s completely different. We had complete control in the first half and we probably should have been 2-0 up by the end of it. We paid for those mistakes.

‘I always say that teams are not beating us, we are losing against ourselves. It’s for us to learn. Hopefully this will be the last time. We were on such a good run, great momentum, great confidence in the team.

‘We just need to forget this step because situations like this are not going to happen very often. We’ll go on to the next one.’