When the record of England’s missed opportunities is compiled, the national team’s failure at the 1980 European Championships must be near the top of the list. Everything appeared set up for Ron Greenwood’s team to be successful. Instead, the tournament turned ugly and the high hopes proved to have little substance. The consequences of what happened in Italy had long-lasting effects.

“We thought we had a chance to win it,” the late Ray Wilkins said. “It all went wrong.”

England had a right to be confident. Liverpool and Nottingham Forest dominated club football on the continent, winning two each of the four previous European Cups with sides packed full of Englishmen.

The Ballon d’Or incumbent was Kevin Keegan, who had been awarded the accolade for the second successive year after his move from Anfield to Hamburg. Keegan was one of the game’s biggest and most marketable stars.

This was the first time England had qualified for a tournament since 1970. After a decade of hurt, optimism was boundless. Greenwood brought positivity back to England after the Don Revie years. Revie, the creator of ‘dirty Leeds’, was a brilliant but technocratic manager whose methods did not transfer from club football. His successor was the opposite in terms of style and the man responsible for the West Ham ‘academy.’ He could claim to have developed Bobby Moore, Geoff Hurst and Martin Peters, the core of England’s 1966 World Cup-winning side. Greenwood was supposed to bring some Upton Park flamboyance to the international side. Everybody seemed to forget that disappointment as much as flair is in the West Ham DNA. 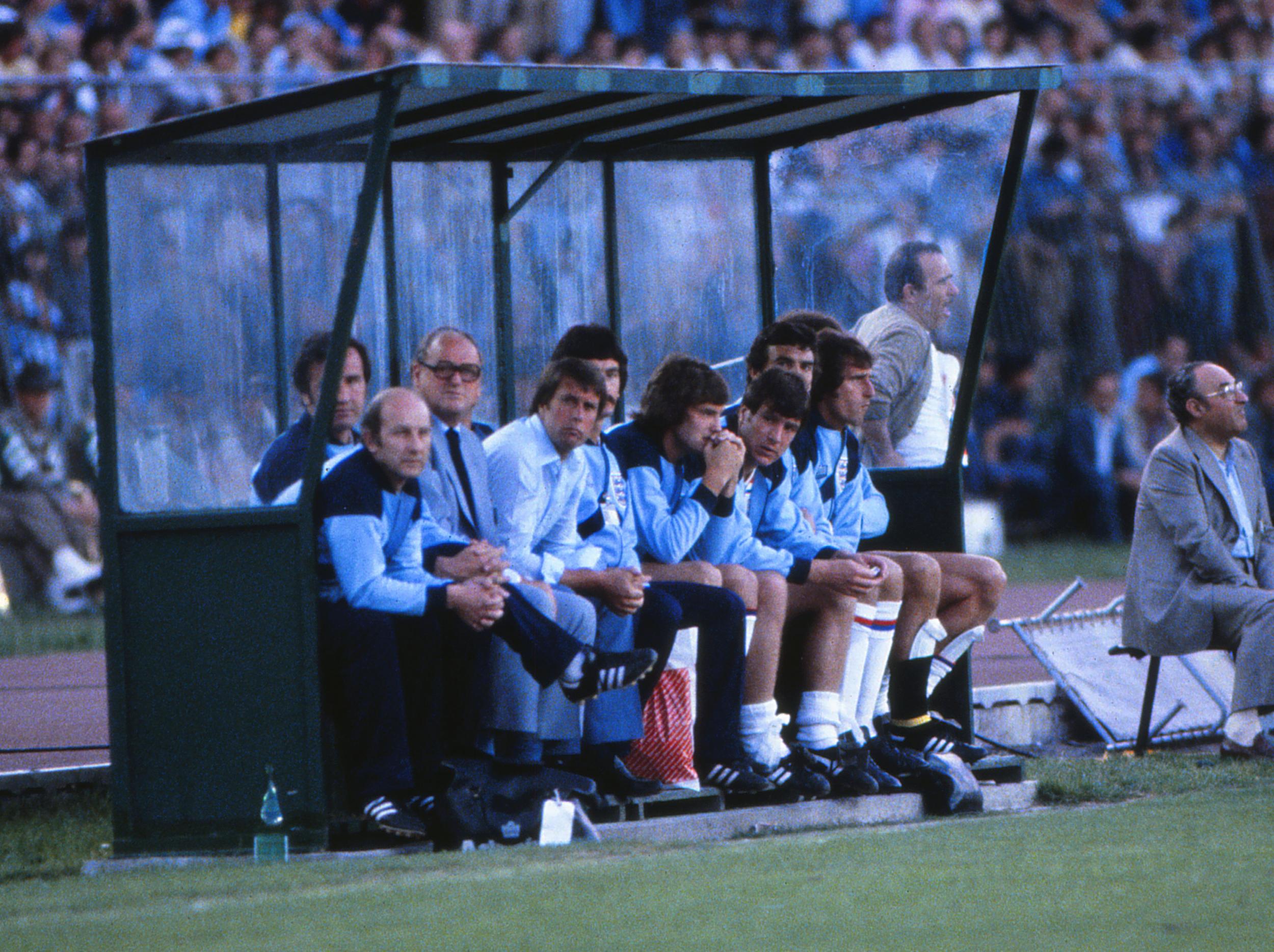 Still, in the spring of 1980 there was plenty to feel good about. In May, Argentina – featuring a 19-year-old Diego Maradona and five of the 1978 world champions – came to Wembley and were beaten 3-1.

The home internationals came next and a 4-1 defeat by Wales might have rung alarm bells but Greenwood was without the Forest contingent, who were getting ready to defend their  European crown against Hamburg in Madrid, a game the English club would win 1-0. The mood was still upbeat.

The FA came up with a new twist on preparations. They arranged a friendly against Australia 12 days before the first match of the Euros. In Sydney. A weakened team was sent to the other side of the world and only four of those involved would go to Italy but even so it was a strange move. One player on the trip was Bryan Robson, who was rapidly earning a reputation as one of the best midfielders in the top flight. He was told before the flight back that he was being excluded from the squad for Italy. It was a crushing blow and another weird decision. “The flight home was awful,” Robson recalled. “Terrible.”

There were other cringeworthy moments in the days before the tournament. A visit to Downing Street was arranged and the players posed for photos with Margaret Thatcher, the Prime Minister, before moving inside for a cocktail party. The Conservative premier took a shine to Dave Watson, to the hulking Southampton centre back’s surprise.

Thatcher’s politics of division defined the next decade. She would usher in the age of the Yuppie. The sportswriter Frank McGhee captured the spirit of the moment when describing England’s departure from Luton for northern Italy. “[The squad] had all the calm authority of young executives departing for a sales conference.” It was a strange complement. Another of the so-called Iron Lady’s obsessions was “the enemy within.” England had plenty of them. The manager was the first to shoot himself in the foot.

Greenwood had a reputation for not being ruthless enough. This was illustrated by his approach to the goalkeeping position. He had two world-class No1s available in Peter Shilton and Ray Clemence. Both had their backers and it was hard to separate them in terms of effectiveness. So Greenwood rotated them. The very different styles of the two goalkeepers meant that the defence had to adapt their play from game to game. 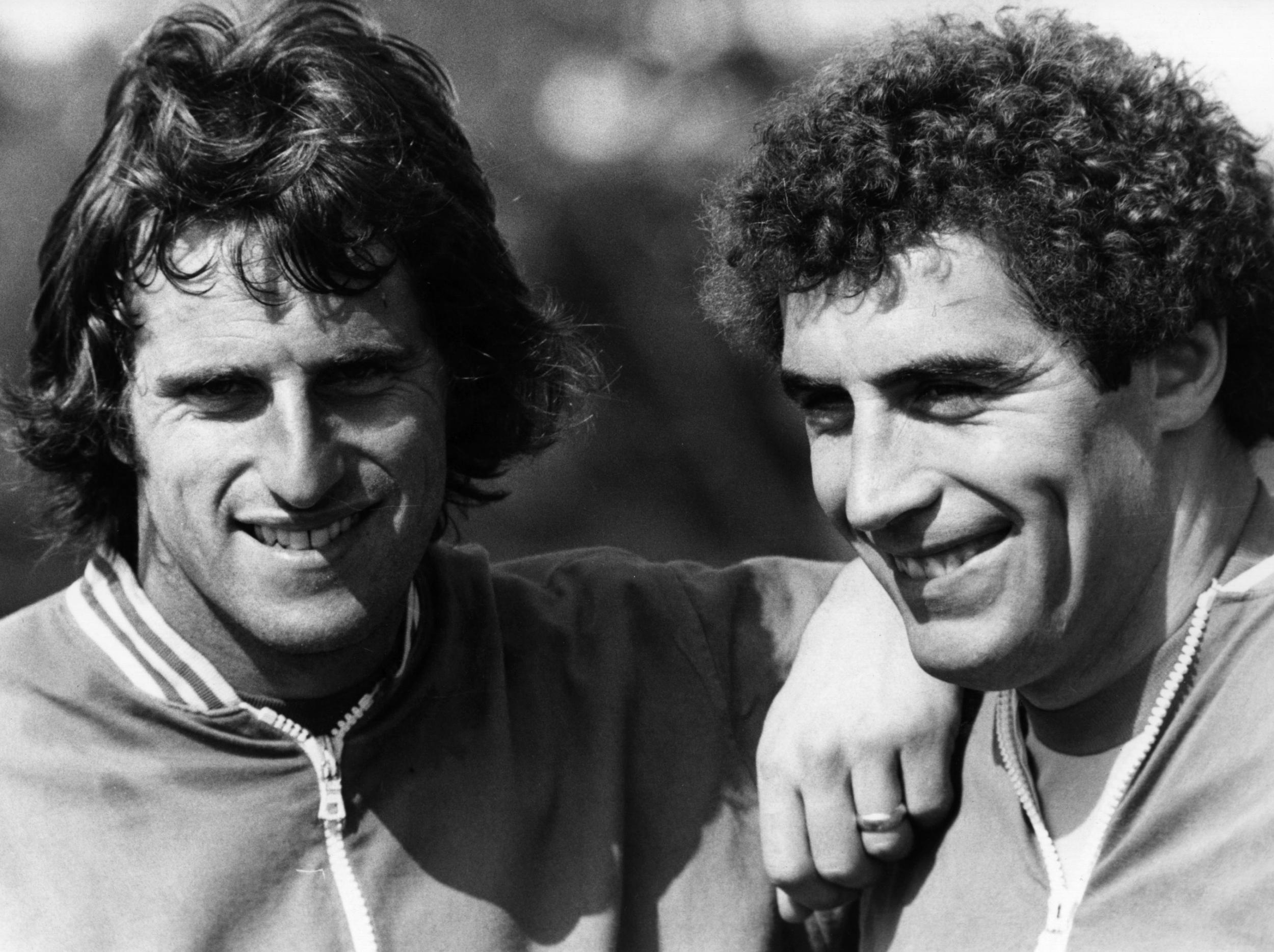 The format of the competition was simple and tight. There were two groups of four and the winners advanced to the final. England were drawn against Belgium, Italy and Spain. The good news was that the hosts were in disarray. Italian football was in the midst of a match fixing scandal. Paulo Rossi, the striker, was eventually banned for two years and did not take part in the tournament. Belgium were considered cannon fodder and Greenwood’s team had beaten Spain in Barcelona little more than two months earlier. Everything was set up for England to cruise into the final.

The first group match was against Belgium in the Stadio Comunale in Turin, the crumbling home to Juventus and Tornio. Little more than 15,000 fans were in the ground. Wilkins scored with a delightful chip midway through the first half but the Belgians hit back immediately. Then everything unravelled. The upbeat mood was destroyed.

Mayhem broke out on the terraces. England’s travelling fans had long held a reputation for violence and their response to locals cheering the opposition goal was to launch an attack. “The louts and drunks who defile the Union Jack they wrap around themselves immediately started hitting out at any neutral who happened to be handy,” McGhee wrote.

The police fired tear gas into the melee and Clemence, taking his turn between the sticks, found himself engulfed by yellow smoke. “It was horrible,” the goalkeeper said. “I couldn’t see but it was obvious there were problems behind me.” 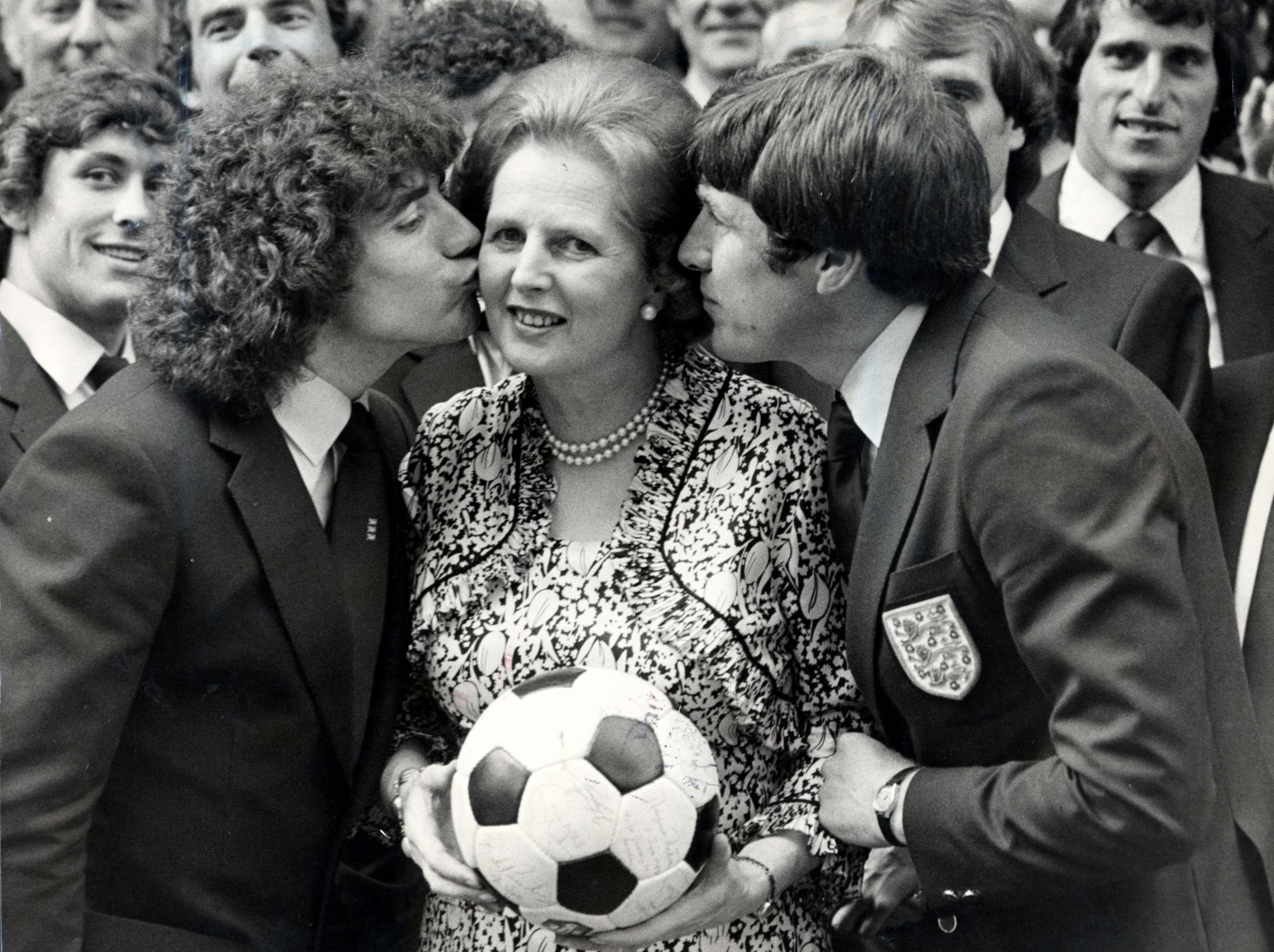 There had been trouble in central Turin the previous night and 36 people had been arrested but the violence inside the stadium, beamed to a Europe-wide televised audience, caused a sensation. The 1-1 draw was completely overshadowed. The enemy within had struck with a vengeance.

“We are ashamed of people like this,” Greenwood raged afterwards. “We have done everything to create the right impression here, then these bastards let you down.”

Three days later the team returned to the Stadio Comunale to face Italy. There was fighting before the game but the police were ready for it and clamped down quickly. England matched the hosts for most of the match but Marco Tardelli headed in the only goal with 11 minutes left. Keegan, who had been struggling with knee problems and a stomach upset, almost equalised with an overhead kick late in the game but Dino Zoff denied him. The European player of the year failed to impose himself on the tournament. Injuries caught up with him but he was also exhausted by extracurricular activities. Keegan was one of the first highly marketed footballers and his commercial activities, while lucrative, put huge pressure on the England captain. 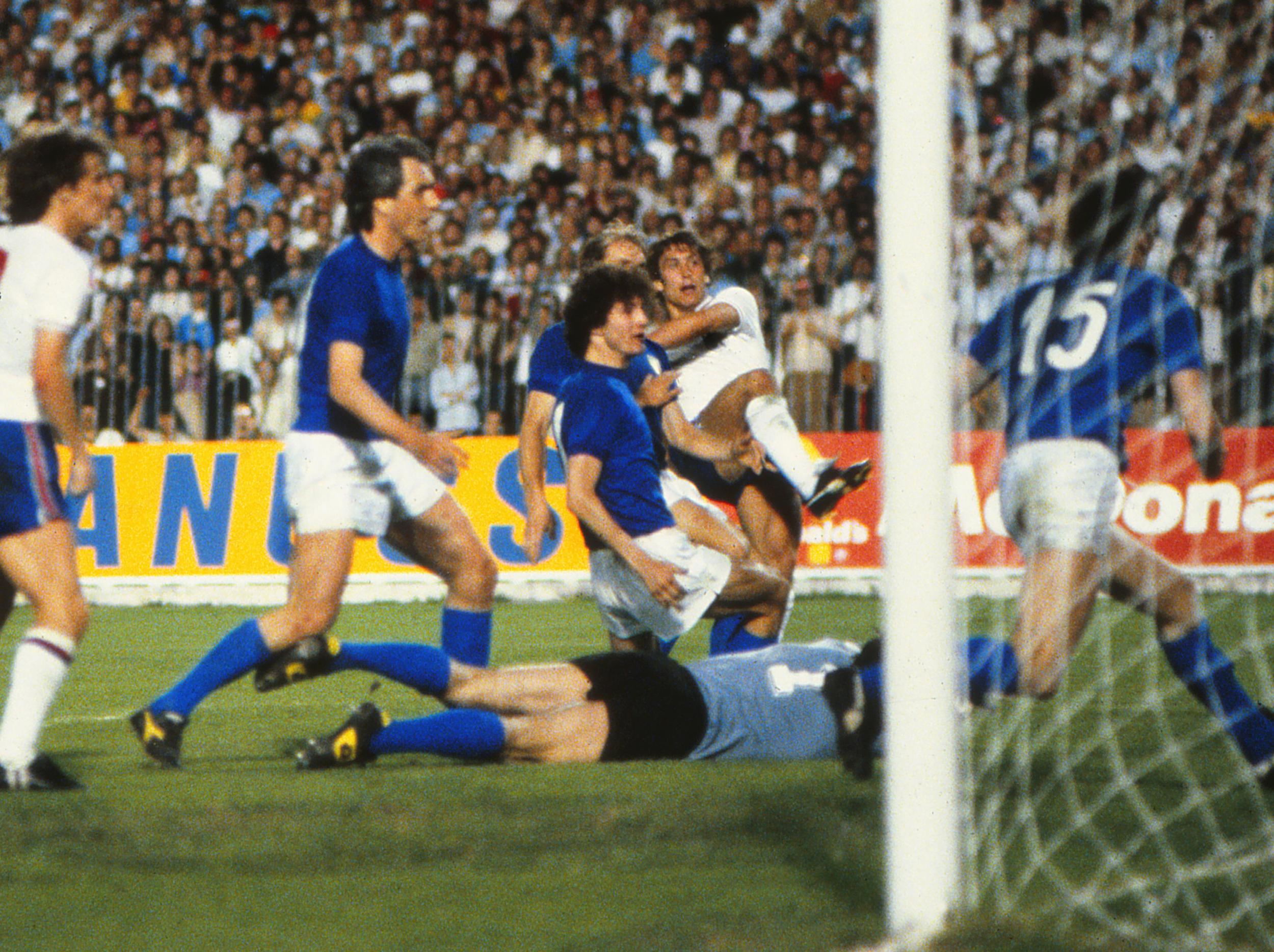 Greenwood’s team departed for Naples for the final match against Spain deflated. The resentments lingered in Turin, though. The city did not forget the behaviour of the English hooligans. The contempt and suspicion remained and would persist in the folk memory in Piemont. Five years later the echoes of 1980 could be seen on an horrific night in Brussels when 39 people were killed at the European Cup final between Liverpool and Juventus. English football finally reached its nadir at Heysel.

Thatcher’s flirtation with football was over after events in Turin. The Prime Minister was in Venice for a European summit and was hugely embarrassed. The behaviour of English fans caused national humiliation.

A 2-1 victory over Spain in the San Paolo closed out the competition for England but the recriminations lingered. Greenwood, who had used 19 of the 22-man squad in three games, was pilloried in the press. So were the players. “We got slaughtered,” Wilkins said.

The biggest impact was off the field, though. The FA wanted to host the Euros in 1984. After the anarchy in the Stadio Comunale, that was never going to happen. France were awarded the tournament and went on to win it. England did not qualify.

All the opportunities and optimism of a new decade were squandered in Turin. Euro 80 turned out to be a nightmare on and off the pitch.