Liverpool: Robertson opens up on struggles this season

Liverpool may not have Champions League football next season unless they win the competition this season but they will still be plotting several signings to strengthen their squad this summer. And Jurgen Klopp could look to make additions in defence, midfield and attack. Express Sport looks at how Liverpool may line up next season if the German brings in three new players.

No surprise here. Brazil No 1 Alisson had a shaky few games last month but regardless remains one of the very best goalkeepers in Europe.

And Liverpool won’t be replacing the 28-year-old any time soon.

Caoimhin Kelleher has emerged as a solid understudy to the South American shot-stopper though and should feature regularly in the cup competitions.

While Adrian is out of contract this summer and having fallen behind Kelleher in the pecking order, is likely to be allowed to leave on a free.

He may not have made the latest England squad but Trent Alexander-Arnold remains one of the best young right-backs on the planet. 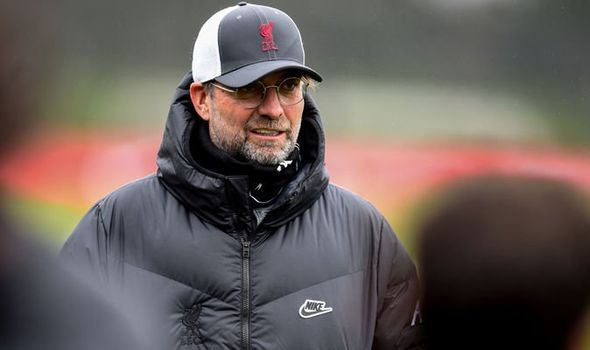 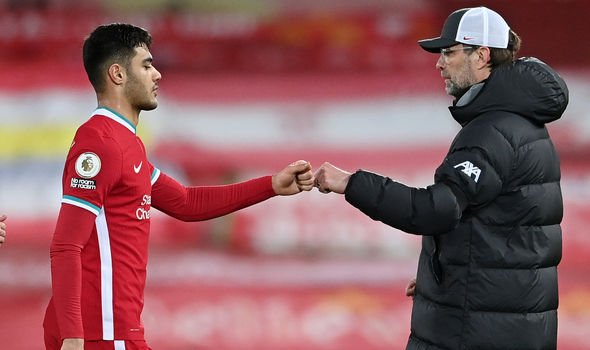 And there’s little chance of the Liverpudlian being displaced in the starting line-up any time soon even though Neco Williams is making a name for himself at international level with Wales.

At left-back it’s much the same with Andy Robertson, one of the continent’s very best having proven a bargain since his £8million arrival from Hull in 2017.

In the middle, Virgil van Dijk’s return to fitness will be warmly welcomed and the Dutchman, Liverpool will hope, is ready to go on the opening day of next season on August 14.

The Reds may not be able to call upon both Joe Gomez and Van Dijk to start with though while Joel Matip’s fitness problems are well known.

That could mean Ozan Kabak is Van Dijk’s partner to at least start next season with the Turk, 20, beginning to make an impression on loan from Turkey.

Having only turned 21 on Wednesday, Kabak could be the ideal fourth centre-back for Liverpool and he can be signed for £18m from Schalke at the end of his six-month loan deal.

At his current level and with Liverpool unlikely to have Champions League football to offer targets, meaning a player like RB Leipzig’s Ibrahima Konate may be unattainable, expect that deal to happen. 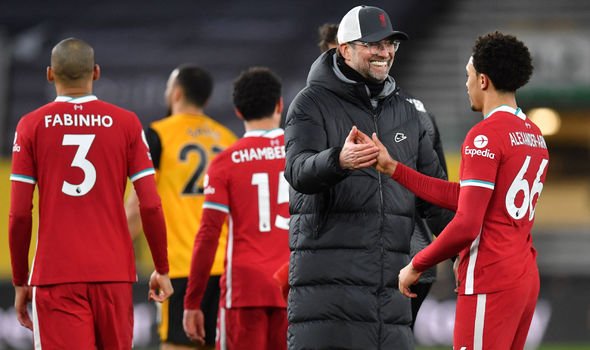 There could be some midfield turnover for Liverpool this season with Alex Oxlade-Chamberlain’s future unclear and Gini Wijnaldum out of contract.

The Netherlands international looks likely to join Barcelona on a free at the end of the season, leaving a big void for Liverpool to fill.

Curtis Jones will hope to take up some of the minutes made available by Wijnaldum’s departure and the local-born attack-minded midfielder has been excellent this term.

Liverpool will also hope that Thiago Alcantara, Naby Keita, Jordan Henderson and Fabinho are more readily available after their injury problems this term.

But expect Jurgen Klopp to strengthen his squad with the addition of one more to bolster the engine room.

Fabinho and Henderson should both be guaranteed starters next term with Keita, Jones and Thiago among those competing for the third spot.

But Brighton’s Yves Bissouma is well liked by the Merseyside outfit and the Malian is unlikely to cost any more than £30m. 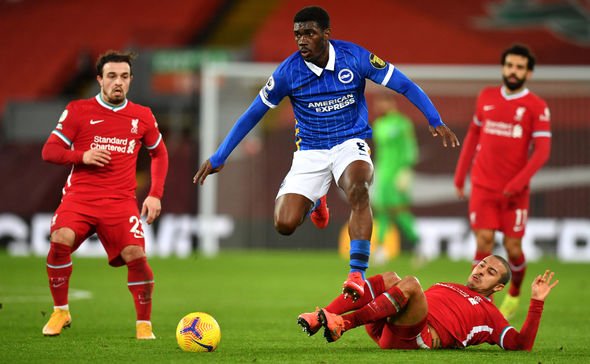 At just 24, Bissouma would be a suitable long-term replacement and has proven his class on both sides of the ball time and time again for the Seagulls.

Liverpool might see him as the perfect successor to bring extra bite to Liverpool’s midfield, and he and Fabinho could offer the defensive steel that has largely been missing for the Reds since the turn of the year.

Liverpool’s biggest summer priority is to revamp their attack, with Sadio Mane and Roberto Firmino having suffered below-par 2020-21 campaigns.

Diogo Jota’s lengthy lay-off with a knee injury when he was one of the most in-form forwards in the Premier League didn’t help.

And given Firmino’s struggles in front of goal, expect Jota to displace the Brazilian in the starting eleven next term.

Mane and Mohamed Salah are both expected to stick around at Anfield given it would take massive fees to prise them away from the Premier League champions and they will both be starters again. 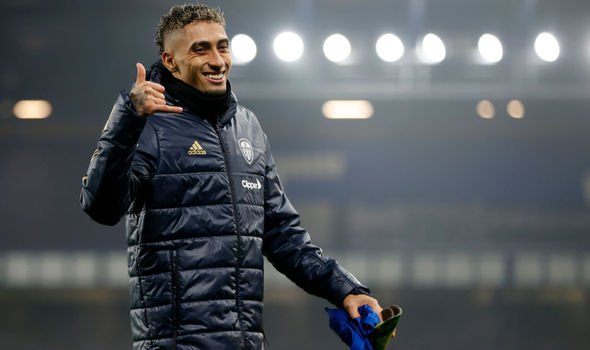 But with Divock Origi and Xherdan Shaqiri potentially leaving this summer, there will still be minutes on offer for a fifth attacker – especially with the Africa Cup of Nations taking Mane and Salah away from Liverpool midway through the campaign.

Wolves’ Pedro Neto and Leeds United’s Raphinha are two players admired and neither will be easy or cheap to sign.

The duo have arguably been each club’s stand-out attackers and unsurprisingly Liverpool won’t be the only club keen to sign the pair.

But he’d have to accept that he would not be an instant starter but his ability to play on the left and the right means he’d get plenty of minutes.

And having both Raphinha and Firmino to call on from the bench – along with the likes of Keita, Jones and Thiago – would significantly improve the strength in depth of Klopp’s squad.