When Donny van de Beek completed his £40million move to Old Trafford from Ajax, Edwin van der Sar took out a full-page advert in the Manchester Evening News with a message for his old club.

‘We understand it’s time for Donny to move on. To dream on,’ declared Van der Sar, a Champions League-winning goalkeeper with Manchester United in 2008 and now Ajax’s chief executive.

‘And where better to do so than in your theatre. Please take good care of our Donny and help him dream.’

Eighteen months on, his words have a hollow ring. Far from keeping Van de Beek’s dream alive, United have turned one of Europe’s most promising midfielders into little more than a curiosity. 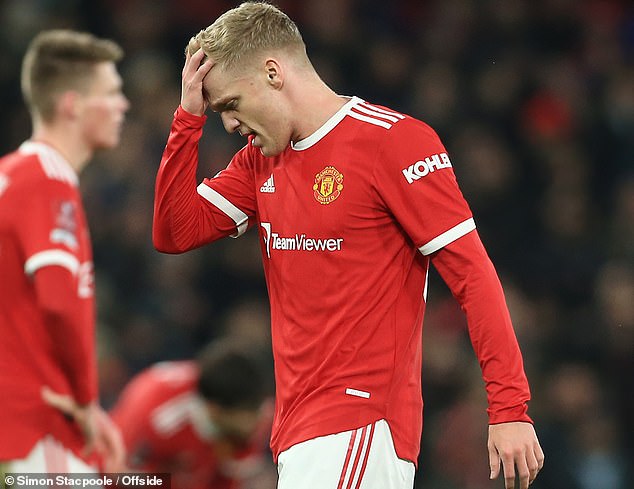 This is a player who has started the criminally low number of four Premier League games in one and a half seasons, despite being available and willing to help his new club.

As the disillusioned Dutchman holds talks with Crystal Palace over a loan move in the next few days, it raises the question: why did United bother to buy him in the first place?

Remember, Van de Beek, 24, was a member of the much-vaunted Ajax team who reached the 2019 Champions League semi-final — a young man with the world at his feet who was coveted by Real Madrid, Barcelona, Juventus and Arsenal.

Van der Sar’s influence made the deal a relatively easy one to complete for United mid-pandemic, although it meant they were unable to finance a move for Jack Grealish, the preferred target for Ole Gunnar Solskjaer. 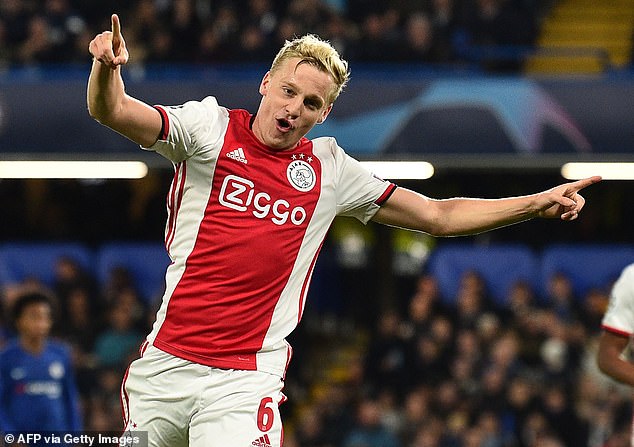 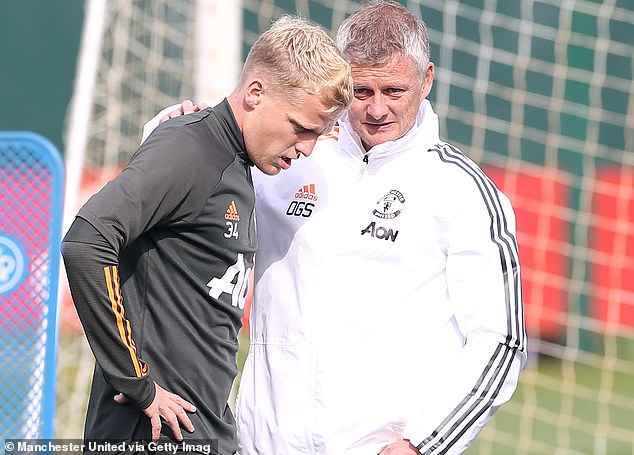 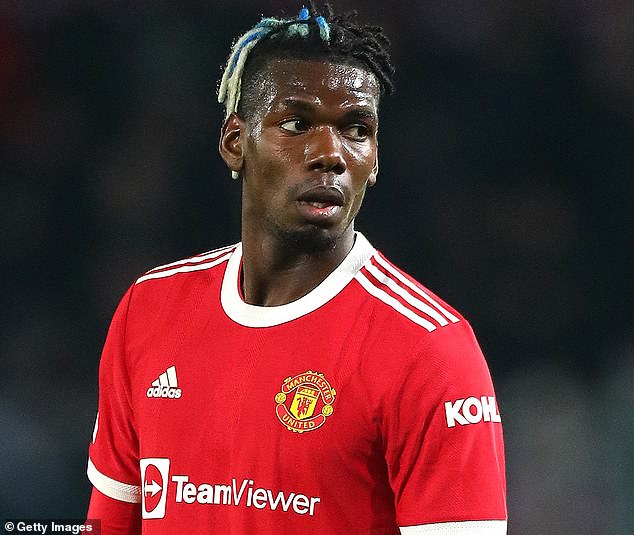 Did Solskjaer ever really want Van de Beek? Did United sign him in anticipation of Paul Pogba leaving in 2020? If not, where was he going to play?

These are questions we are no nearer to answering.

Not having a defined position has been Van de Beek’s undoing. Bruno Fernandes had the No 10 role nailed down and Solskjaer’s 4-2-3-1 system allowed only for two defensive midfielders.

United soon decided Van de Beek lacked the physical qualities for that role in the Premier League, despite working hard last summer to build up his body after the club refused to sanction a loan move to Everton.

Solskjaer offered him assurances over game time, but Van de Beek is one of a clutch of United players who feel let down by broken promises. 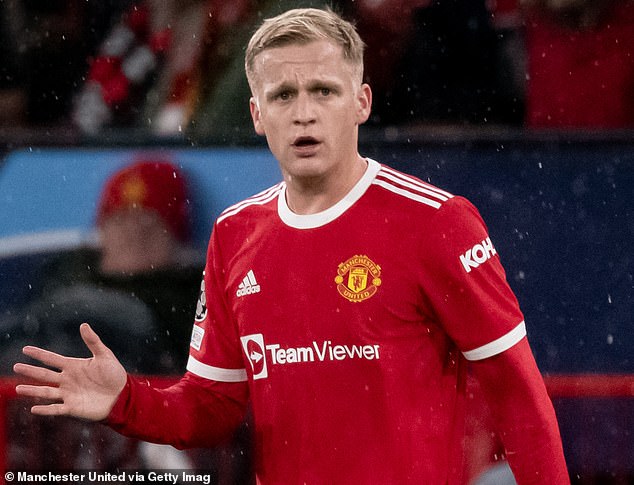 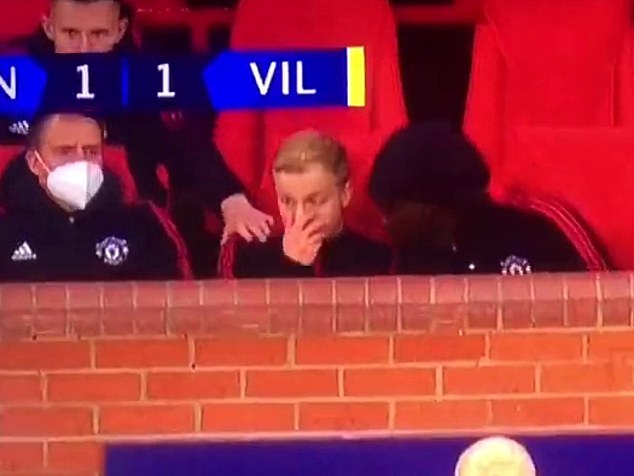 Van de Beek’s patience eventually snapped when he was caught on camera angrily hurling his chewing gum into the technical area while being consoled by Bailly and Henderson after Solskjaer left him on the bench in a Champions League tie in September.

When sympathetic United fans chanted his name in the Manchester derby the following month, it was the closest they came to turning on Solskjaer.

How ironic that Van de Beek scored the final goal of the Norwegian’s reign in the 4-1 defeat at Watford.

It is one of only two goals for United — the first coming on his debut against Crystal Palace — to go with two assists in a total of 50 games. Incredibly, 38 of those appearances have come off the bench, including 15 in the last 10 minutes.

It’s not as if he has been injured, either. Van de Beek had to wait two and half months to make his first Premier League start last season and only three more followed. There have been none this term.

Worryingly, he has been used equally sparingly by caretaker manager Michael Carrick and interim boss Ralf Rangnick since Solskjaer’s sacking.

The son-in-law of Dennis Bergkamp is said to have remained a professional and popular member of the squad, but it was inevitable that he would make another attempt to leave in this transfer window. 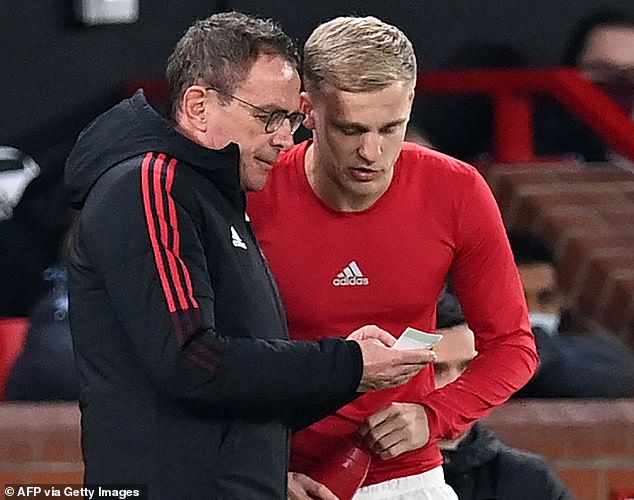 The World Cup is at the end of the year and he has not played for Holland for 10 months after missing out on the Euros.

Leaving United has been complicated by a dispute between his long-time agent Guido Albers and new representative Ali Dursun, but it looks as though Van de Beek will get his wish this time.

United insist he has a future at Old Trafford and there are two and a half years remaining on his contract. But no one is pretending Van de Beek’s dream has been fulfilled.