England manager Gareth Southgate has been dealt a huge blow by the news that No 1 goalkeeper Jordan Pickford will miss this month’s World Cup qualifiers.

Sportsmail revealed on Monday that Southgate was waiting on news regarding Pickford’s fitness before finalising his squad, named on Thursday, with West Brom keeper Sam Johnstone an option if his first-choice custodian isn’t available.

And the Everton keeper has been ruled out of the squad to face Albania, Poland and San Marino later this month after aggravating a rib injury against Burnley last weekend. 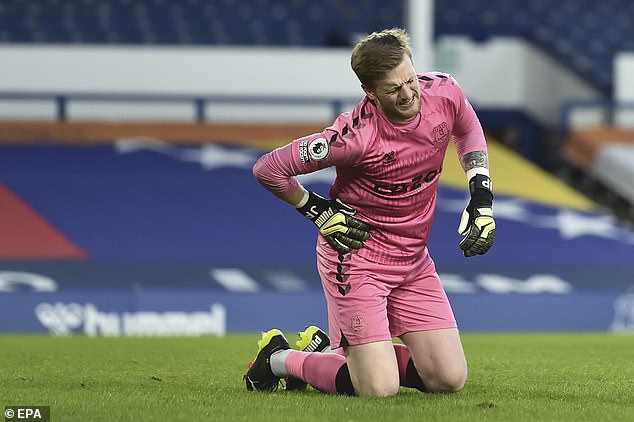 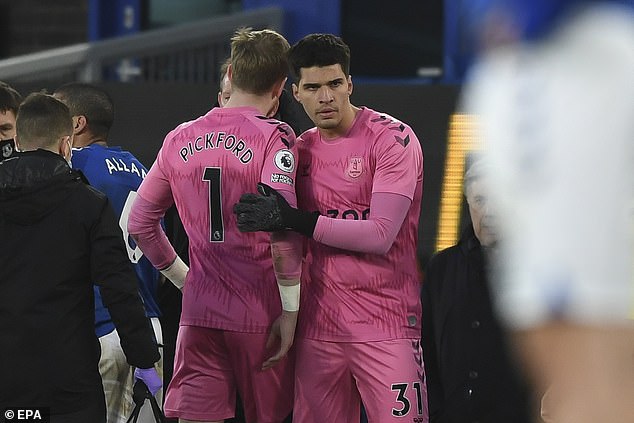 The 27-year-old has been a virtual ever-present for the Baggies this season, missing just one Premier League game and despite the club’s disappointing season, Johnstone is understood to be on Southgate’s radar.

Sheffield United keeper Aaron Ramsdale was on Monday selected in England Under-21’s European Championship squad and thus unlikely to be promoted into the seniors. 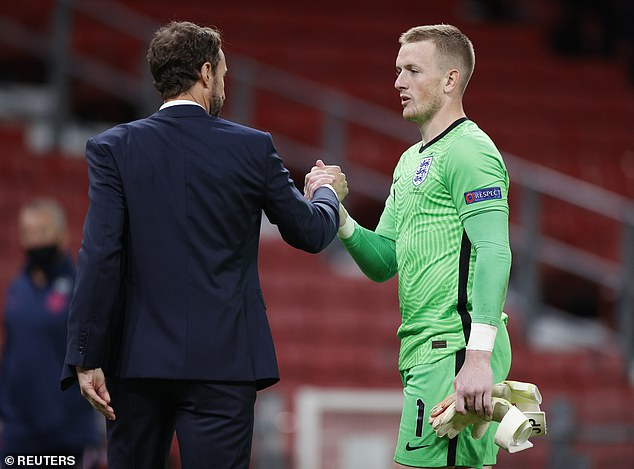 Brighton keeper Robert Sanchez, who is eligible for England, was handed his first call-up to Spain’s squad on Monday.

Newcastle keeper Karl Darlow has played regularly this season, but has lost his place to Martin Dubravka in recent weeks.

Southampton keeper Fraser Forster, who has six England caps, could be an option for Southgate but Johnstone offers greater longevity, given he is five years younger.

It is now likely that Nick Pope is promoted into the position as first-choice keeper for the qualifiers, with Manchester United’s Dean Henderson as his back-up.